How to become a crorepati? Just play this cricket game with Sourav Ganguly, win up to Rs 1 crore! 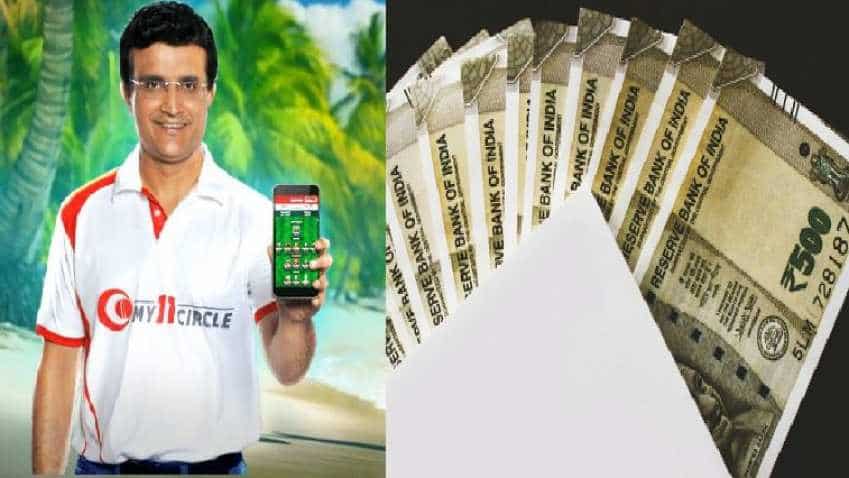 he players form their own teams and earn points as per the collective performance of the team players, with those having the maximum points winning the cash rewards. Image: My11Circle/Pixabay
Written By: ZeeBiz WebTeam
Edited By: Harish Dugh
RELATED NEWS

How to become a crorepati? Surely, at some point in time, you have asked this question. The answer would have been to work harder and invest. Well, now you can even PLAY to become a crorepati! HOWZAT??!!! My11Circle, a fantasy cricket platform has recently brought ex-cricketer and former Indian team Captain Sourav Ganguly onboard as its brand ambassador. Sourav Ganguly also announced and felicitated the winners of the World Cup fantasy league challenge ‘Beat the Expert’ along with having a meet-and-greet session with the top 50 winners. My11Circle gives cricket fans the platform to put their knowledge and skills to test and earn money.

At the winner felicitation press event, Sourav Ganguly said, “Being a part of My11Circle has been an exciting journey so far. The levels of engagement brought about in this game have made me feel very involved, and I believe that the rest of the players on the platform enjoy the game just as thoroughly. I had a great time participating in the contest and I would like to heartily congratulate all the winners of this fantasy tournament.”

The players form their own teams and earn points as per the collective performance of the team players, with those having the maximum points winning the cash rewards. Adding to the thrill, registered players can also play with Sourav Ganguly, fondly called ‘Dada’, at a competitive level on My11Circle and win 5 times more cash rewards, amidst the limitless possibilities of the digital world.

Play Games24x7 has seen key investments such as that from Tiger Global Management, a leading US-based technology-focused hedge fund, in the past. But launching ‘Fantasy Cricket’ on My11Circle this year and bringing Sourav Ganguly onboard has enabled the company to witness a steady scale-up. My11Circle received tremendous traction during the World Cup season with over 2 million registrations and downloads within a span of 45 days.

Moreover, there has been no decline in the platform’s popularity post the World Cup season. Armed with such positive developments, Play Games24x7 is set to shape the realm of online fantasy games in India while providing a personalized gameplay experience to all.