Your bank treated you badly? Do this fast if you experienced unwanted fees, wrong debit, delays even threatening calls 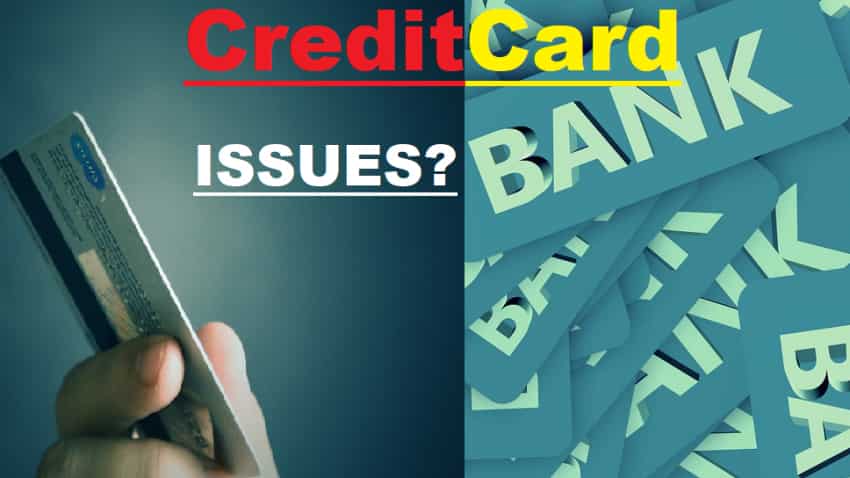 What is important to note is that every bank has different norms for usage of credit cards.Photo: Pixabay

Navneet Dubey, aged 30 now, working as a manager in a company situated in Mumbai once, way back in 2007, used his credit card to carry out a minimal transaction of Rs 100 at a petrol pump station. This was his first credit card and his first transaction. However, when the time came to repayment of dues, he had to pay out double the amount to the bank! His lack of knowledge caused him to suffer this loss - the interest rate charges were shocking indeed. Navneet then decided to shut his credit card account in that same year. However, since then he has been receiving calls asking for hefty amounts as part of the procedure to close his credit card facility. But what Navneet could not understand was, why he has to pay so much to shut his credit card. This is nothing new, in fact, there are numerous cases why customers like Navneet face such issues due to intricacies present in credit cards. Who is at fault the credit card holder or bank? That is something a customer has to learn to deal with to ensure s/he does not suffer a traumatising experience.

Among major issues that trouble credit card-holders are the interest rate charges, fees for defaulting on payment and the period of repayment. These are some of the things not many customers are aware of. What is important to note is that every bank has different norms for usage of credit cards. Hence, it is of utmost importance that you are aware of the mentioned factors like charges, maturity period. If you pay well within the time period of debt repayment, then you will have a proper flow in credit card usage, the problem becomes heavier when you become guilty of continuous default and then you are trapped under a massive burden, which may require urgent resolution.

Coming back to issue of Navneet and other such credit card related problems, as a customer you should be vigilant and understand that your bank will never ask for closure charges on continuous basis. There must be one time closure fees, but that's all. Hence, these calls for more money can be a fraud calls or even threatening calls and a scammer is looking at robbing you of your money. Central bank has issued guidance for customers to handle such grievances, where they can file a complaint and make the authorities known.

In case of credit card, these are the few issues for which you can file a complaint against a bank.

Whom should the complaint be filed with?

If a complaint is arising out of credit card operations and other types of services, then a customer can file a complaint before the Banking Ombudsman within whose territorial jurisdiction the billing address of the customer is located.

Who should file complaint?

To file a complaint against a bank, a customer can file it through his authorised representative (other than an advocate). A complaint can be made to the Banking Ombudsman within whose jurisdiction the branch or office of the bank complained against is located.

To make a case, you must have all the copies of the documents, if any, which he proposes to rely upon and a declaration that the complaint is maintainable under Sub-Clause (3) of this Clause.

If you have first complained about the matter to the bank in a written format, however, your bank had rejected the complaint or you have not received any reply or update within a period of one month time after the bank received the complaint. Apart from this, if the answer given by your bank is not satisfying one to you.

Thirdly, the complaint was not in respect to same cause of action which was settled or dealt with on merits by the Banking Ombudsman in any previous proceedings. Also, if the complaint does not pertain the same cause of action, for which any proceedings before any court, tribunal or arbitrator or any other forum is pending or a decree or Award or order has been passed.

Finally, if the complaint does not frivolous or vexatious in nature. And at last, the complaint is made before the expiry of the period of limitation prescribed under the Indian Limitation Act, 1963 for such claims.

What Bank must do?

Once you have filed the complaint under Banking Ombudsman scheme, the bank will be required to furnish details of credit card with certified copies. If any bank does not comply with the guidelines, then the verdict will be unfavorable to the bank.

However, the case will be solved on circumstances like - if the grievance has been addressed by bank with intervention of the Banking Ombudsman, or the complainant agrees in writing that his complaint was based on conciliation and mediation efforts, and or else after extensive investigation it was found that the bank has adhered to the banking norms and practices in vogue.

The complainant will be informed about the status through appropriate manner.

When does RBI come into picture?

Hence, if you have any above mentioned credit card related issues, then first go to your bank especially when there are threat calls or wrong practices adopted by anyone. If the bank is not aware, this will also help them address a fraud. However, after making the bank authorities aware of the issue, and yet no actions were taken and you still continued to face similar problems, then you should ensure you knock the doors of RBI. However, please note that you must have all documents and details at your disposal.

A Billion Accounts are now on AA. Now what?