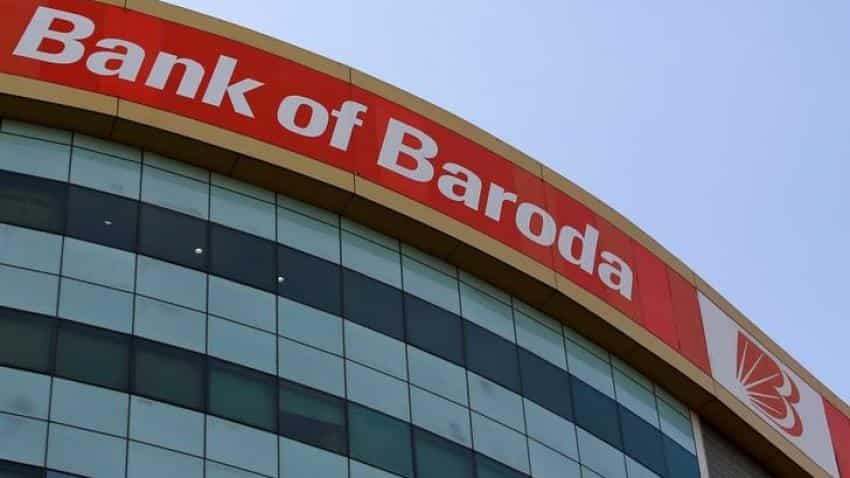 The BoB also waived off the fees which is charged while shifting a base rate loan to MCLR structure. Photo: Reuters
Written By: ZeeBiz WebTeam
RELATED NEWS

Bank of Baroda customers! Need interest certificate? Here is how to get it

PNB, Bank of Baroda, others launch COVID-19 personal loans; should you go for them?

From past ten days, public and private banks have been slashing their lending rates after the banks were flooded with liquid cash deposited by customers during 50 days of demonetisation period.

Even after reducing the rates, there are banks who are still not passing the benefits to existing customers but offering only to new borrowers. In order to attract and regain its borrowers, Bank of Baroda slashed the rates which are lowest in the industry.

It won the race by offering home loans at 8.35%, surpassing even State Bank of India.

“Subsequent to reduction of MCLR rates by 55 bps to 75 bps across all tenors, the bank has reduced the rate of interest on home loans substantially by 70 bps w.e.f. January 7, 2017," Bank of Baroda said in a statement.

Moreover, the bank also waived off the fees which is charged while shifting a base rate loan to MCLR structure. Also, other banks' customers can also now convert their loans to Bank of Baroda without paying any fees.

Rishi Mehra, from Deal4loans explains it with an example: Suppose you are planning to avail a home loan of Rs. 40 lakhs at BoB for 20 years.

As you see, the EMIs and interest outgo are reduced by about Rs. 3,000 per month and 7-8 lakhs, respectively, over the course of 20 years. So, a win-win situation for the home loan borrowers at BoB.

Difference in Monthly EMI and interest outgo payable at the end of tenure stands at 8%. The clear cut winners from this massive shift are people with disciplined credit history. Waiving off the switchover fees shows that things are about to heat up in the industry. In the days to come chances are that this trend can continue unless Uncle Sam decides to further slash down the rates in the west. If that happens then we may also see a swell in the ever-shrinking Lending rates in our country too.

Bank of Baroda customers! Need interest certificate? Here is how to get it

PNB, Bank of Baroda, others launch COVID-19 personal loans; should you go for them?