The court, on March 21, had asked JAL to deposit Rs 200 crore with its registry in two  instalments . It had asked it to deposit Rs 100 crore by April 15 and the rest by May 10. "M/s JAL is at liberty to submit a representation to the competent authority. The representation shall be considered in accordance with law. 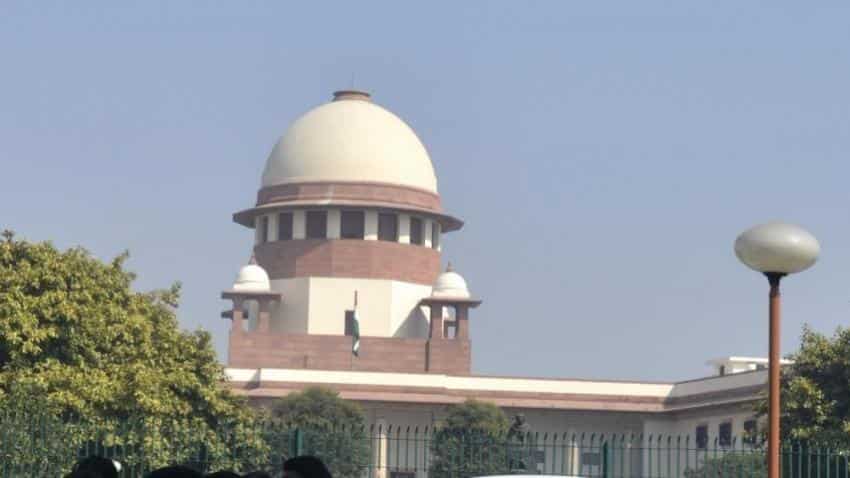 The Supreme Court today asked realty firm Jaiprakash Associates Limited (JAL) to deposit Rs 100 crore with its registry by May 10 to pay back the hassled home buyers who have opted for refund, instead of possession of flats. A bench headed by Chief Justice Dipak Misra considered the submission of JAL that in pursuance of the March 21 order, it has already deposited Rs 100 crore with the registry on April 12.

The court, on March 21, had asked JAL to deposit Rs 200 crore with its registry in two instalments. It had asked it to deposit Rs 100 crore by April 15 and the rest by May 10. "M/s JAL is at liberty to submit a representation to the competent authority. The representation shall be considered in accordance with law. We specifically make it clear that we have not expressed any opinion on that score," the bench, also comprising Justices A M Khanwilkar and D Y Chandrachud, said.

The realty firm said it has been completing 500 dwelling units for delivery to the home buyers every month and its representation be considered by the Insolvency Resolution Professional (IRP) as per law.

"This IA (interim application) has been filed for grant of permission to Pankaj Gaur... To travel to Bhutan and Nepal on multiple occasions between a period of three months. The prayer stands allowed in terms of additional affidavit," it said.

"This plea has been filed seeking permission on behalf of Sunny Gaur... to travel to the United Kingdom between April 14 and April 30, 2018. Prayer, ...Stands allowed," it said.

The court, however, said, "if the amount, as directed, is not deposited within the time granted, steps shall be taken to attach the personal properties of those directors."

It also directed the apex court registry that if any money was lying with it, then they may be invested in short term fixed deposit with a nationalised bank.

The real estate major has so far deposited Rs 650 crore with the apex court registry and sought indulgence on the ground that only eight per cent of the over 30,000 home-buyers had opted for refund and 92 per cent wanted delivery of flats.

The top court had on January 10 directed JAL, the holding firm of Jaypee Infratech Ltd (JIL), to provide details of its housing projects in the country, saying the home buyers should either get their houses or their money back.

It had refused to accord urgent hearing on a plea of the Reserve Bank of India, seeking its nod to initiate insolvency proceedings before the National Company Law Tribunal (NCLT) against JAL, saying it would be dealt with at a later stage.

The home buyers, including one Chitra Sharma, had moved the apex court, stating that around 32,000 people had booked flats and were now paying instalments.

The plea had also stated that hundreds of home buyers were left in the lurch after the NCLT, on August 10 last year, admitted the IDBI Bank's plea to initiate insolvency proceedings against the debt-ridden realty firm for defaulting on a Rs 526 crore loan.