On one side where the jewellers are cheering the move, and rating agencies are expecting uptick in demand, but with 3% tax on gold, is it really a positive move? 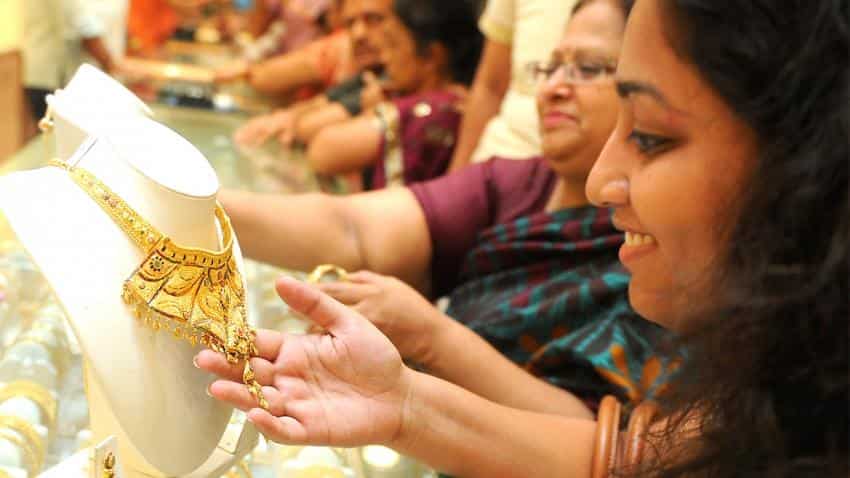 The Goods and Services Tax (GST) Council on Saturday finalised the fitment of tax rates for most of the six remaining items. One of the item was gold.

Giving relief to jewellers, the Council has fixed 3% GST rate for the yellow metal.

The government has planned to rollout new tax regime by July 1, 2017.

Currently, gold jewellers pay 1% excise and 1.2% value-added tax (VAT) over and above the 10% customs duty on bullion. This effectively works out to 12.43%. With the introduction of GST at 3% for gold and 18% for making charges, and keeping customs at 10 per cent, the effective rate comes to 15.67%. So, the effective price escalation on gold jewellery comes to 3.24% points, as reported by Business Standard.

On one side where the jewellers are cheering the move, and rating agencies are expecting uptick in demand, but with 3% tax is it really a positive move?

ALSO READ: GST of 3% on gold unlikely to dishearten Indian demand for the yellow metal

Archit Gupta, Founder & CEO ClearTax, said, "Currently gold is taxed between 2-3% depending on state’s VAT law. Industry body had extensively lobbied for 2%, however, they have welcomed 3% rate slab rate. Even investors have backed this decision as gold/jewellery stocks witnessed a surge in trade volume in the early trade session on Monday. But, end consumers may have to shell out more on jewelry purchase under the new regime."

Speaking with Zeebiz, Prithviraj Kothari, Managing Director of RiddiSiddhi Bullions Ltd, said, "As per the financial study of India and the hype which was created in the run-up to this meeting, a much higher rate was feared. Nevertheless, the rate of GST for jewellery is in accordance with what it was under the old tax regime."

The prompt impact would be on the investment purchasing of gold by consumers as the resale value will be down 3%. Explaining with an example, Kothari said, "For instance Mr A bought gold worth Rs 100 and the paid GST is Rs 3. Hence, the total cost Rs 103. Now, after 6 months he/she wants to sell this gold and presuming that the gold price remains constant, he/she will get Rs 100 and the GST amount would be lost at the consumer level."

From the government's point of view, this is in accordance with their thinking/ planning — don’t invest in physical gold, rather invest in gold sovereign bonds. The consumer will also be better off as there is an interest coupon attached to bonds and it tracks local gold prices.

To bring change in the trend, the government has been pushing for paper gold or Sovereign Gold bonds from quite some time instead of physical gold.

Sovereign gold bonds are a financial asset, an alternative to purchasing the metal gold. SGBs are government bonds or securities denominated in grams of gold, which are issued by RBI on behalf of Government of India.

Further, according to Kothari, the trade business of old jewellery for new ones will also be affected as the cost of 3% will affect the transaction.

"Another area which will affect the industry and the consumer is making of gold jewellery out of gold/scrap supplied by the customer. At present, there was no tax impact on the making of jewellery. Labour or making charges of jewellery were exempt from service tax (similar exemption was also under excise rules ). Under GST no such exemptions exist and making charges will be subject to 18 % GST. This is an undesired result," Kothari said.

Moreover, export from domestic tariff area (other than SEZ ) will be hit on two counts: One, there is no exemption from GST for gold procured for export purposes. This would mean a higher jam of working capital. Second, the export business will also be harmed. It depends on gold being supplied by international buyers and the Indian party makes the jewellery and exports i.e. value addition in the form of design and labour.

Under GST regime, the overseas customer will have to register as a non-resident business person and undertake the required paperwork. This will put off many customers.

Now, coming to white metal, the diamond segment particularly in the home state of Gujarat, had a total exemption from indirect tax. Value-added tax was zero in Gujarat and there is no excise on diamonds.

A majority of this business is in the export sector and the export port is mainly Mumbai. Thus, branch transfer between Mumbai and Surat is frequent and as per current tax laws, this is tax-free. However, under the GST regime this will attract three per cent GST (on the movement of polished diamonds ).

The diamond segment of the gems and jewellery industry is well equipped to fulfil most of the paperwork requirements of the GST Act. And all movements under GST Act has to be accompanied by an e- waybill. This e–waybill has to be generated from GST portal.

E-waybill is a document generated from GST portal which has complete details of goods moved from one location to another as a place of movement quantity and value thereof.

"If you look at diamond trade, an international buyer would generally visit one office and stay put. A lot of small players and other diamond businessmen would send their goods to a single office for inspection/selection. Thus, there is a lot of movement of goods from one office to another, even within the diamond bourse. To create an e-waybill for this will be virtually impossible. E–way bill could harm this trade beyond repair. I am not against compliance or paperwork but do we have internet infrastructure to support such a compliance?" Kothari added.