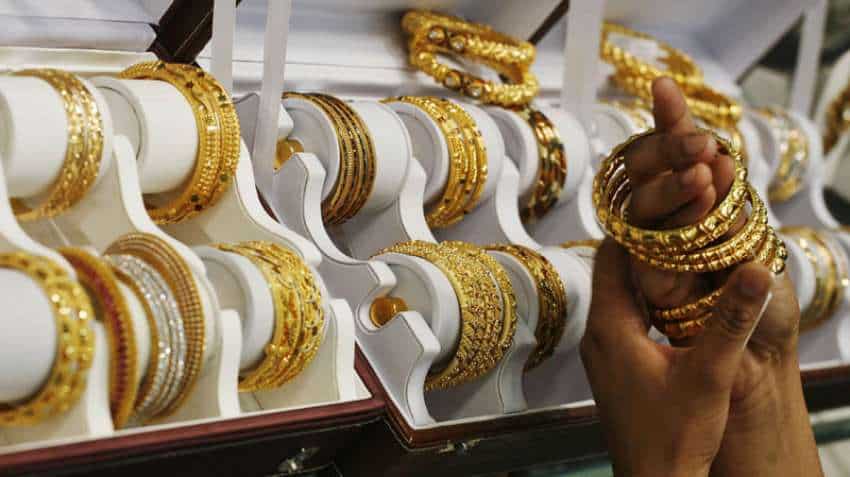 Bullion is set to gain 0.4% for the week. US gold futures remained unchanged at $1,578.80. Photo: Reuters
Written By: Reuters
RELATED NEWS

Gold Price Today: Gold prices held steady near a one-week high on Friday, as a mounting coronavirus death toll supported safe-haven buying, while a stronger dollar kept a lid on gains. Spot gold was little changed at $1,576.76 per ounce, as of 0114 GMT. In the previous session, the metal hit $1,577.81, its highest in more than a week.

Bullion is set to gain 0.4% for the week. US gold futures remained unchanged at $1,578.80. The Chinese province at the centre of the coronavirus outbreak reported a record rise in deaths and thousands more infections using a broader definition on Thursday.

Global shares eased as investors were spooked by a sharp rise in the number of coronavirus cases in China this week while oil prices extended gains on hopes of more production cuts. The Japanese yen held on to gains against the dollar as renewed worries about the outbreak supported demand for safe-haven currencies. However, the dollar rose above a four-month peak.

The coronavirus-hit Chinese economy will grow at its slowest rate since the financial crisis in the current quarter, according to a Reuters poll of economists who said the downturn will be short-lived if the outbreak is contained. Investors were spooked after the head of the Revolutionary Guards said that Iran was ready to strike the United States and Israel if they give it any reason to do so.

The risk-averse sentiment in the market supported bullion, often seen as an alternative investment during times of political and financial uncertainty. Meanwhile, US prosecutors accused Huawei of stealing trade secrets and helping Iran track protesters in its latest indictment against the Chinese company.

Egypt has approved a mining licence for Aton Resources Inc, the Canada-based gold miner said on Thursday, the first such award since the country`s main gold producer Centamin secured a licence more than a decade ago. Palladium was little changed at $2,423.89 an ounce, silver rose 0.2% to $17.67, and platinum was trading flat at $967.75.