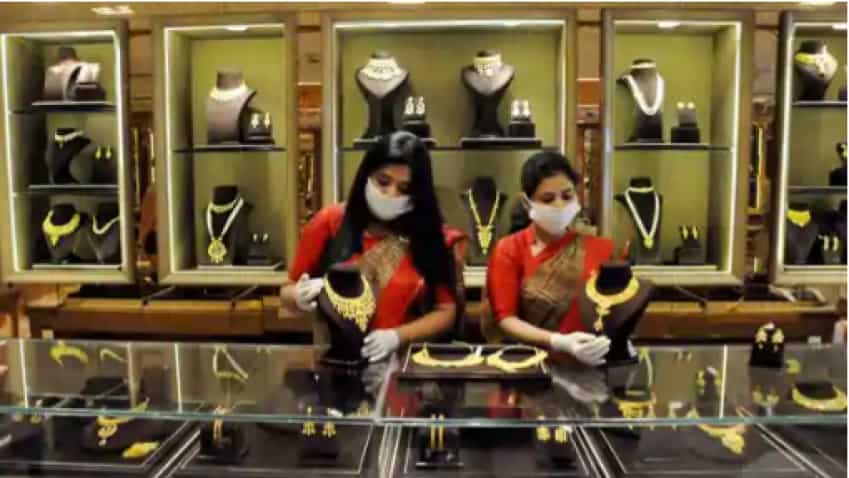 According to the bullion and commodity market experts, gold price has started to behave like a risky asset, which was not the case till August. Photo: PTI
Written By: Asit Manohar
Edited By: Harish Dugh
RELATED NEWS

Gold price today once again crashed nearly Rs 200 per 10 gm at the Multi Commodity Exchange (MCX) to Rs 50,300 per 10 gm levels. According to the bullion and commodity market experts, gold price has started to behave like a risky asset, which was not the case till August. They said that gold investors should know their levels and continue to trade keeping those levels in mind. They also advised to remain on the buyers side maintaining a 'buy on dips' strategy till the US Presidential Election is over.

Speaking on the reason for gold rate being so volatile in the last one to one and half months, Amit Sajeja, Associate Vice President at Motilal Oswal said, "Gold has started to behave like a risky asset and such trends have become visible post-August 2020. People are booking profit on every rise as they are doing in the equity markets and if you take my opinion they are doing the right thing because till US Presidential Elections, gold price is expected to remain volatile but in a range. Gold price in the international market is expected to remain in $1,840 per ounce to $1,930 per ounce while at MCX gold rate will remain sideways to lower in Rs 49,000 to Rs 51,200 per 10 gm range."

Highlighting the major triggers that will impact gold price in the intraday market, Anuj Gupta -  DVP- Commodities and Currencies Research, Angel Broking said, “Yesterday Gold prices corrected 0.20 per cent and closed at Rs 50,526 levels and silver prices corrected by 2.21 per cent and closed at Rs 60,571 per kg levels. Spot Gold ended lower by 1.87 per cent to close at $1,877 per ounce and Spot silver plunged over 5 per cent to close at $23.1 per ounce as recovery in President Trump’s health and stronger Dollar weighed on the yellow metal prices. US President Donald Trump put a halt on the negotiations over the additional stimulus bill to support the US economy until the upcoming elections might weigh on Gold prices."

Unveiling his money-making strategy in gold till US Presidential Polls are over, Amit Sajeja of Motilal Oswal said, "One should keep on buying gold on dips and book profit on rise of Rs 1,200 to Rs 1,500 per 10 gm. Remaining on the bull's side is advisable, however, in case of taking a short position, strict stop loss must be maintained."

Sajeja also said that gold has a strong support zone in Rs 48,500 to Rs 49,000 levels and one should keep on accumulating below Rs 50,000 levels as there can be sharp rise in the gold price post-US President Election.