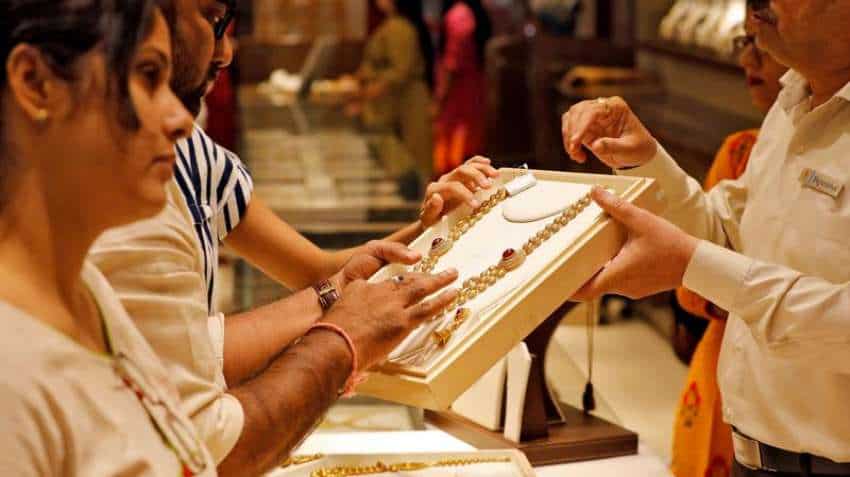 Gold Price Today 09-04-2021: In the international market, precious yellow metal is trading above $1,754.88 per ounce mark, which is around 1.02 per cent higher from its Wednesday close. Photo: Reuters
Written By: Asit Manohar
RELATED NEWS

Gupta said that the gold price has broken the $1,750 per ounce hurdle in the international market and now if it manages to sustain above this level, then it will soon showcase $1,780 to $1,800 per ounce levels in next one to two months. At MCX, he expected Rs 48,000 per 10 gm gold price in the same one to two month time period.

Unveiling various levels that a gold investor must keep in mind Amit Sajeja, Vice President — Research at Motilal Oswal said, "One can keep on accumulating gold on every big dip as gold prices sentiment is overall bullish." Sajeja said that he had been maintaining that the gold price once sustains above Rs 45,600 will showcase sharp rise and hit Rs 48,000 per 10 gm. He advised gold investors to remain invested even when there is a big dip as the gold price above $1,750 is highly bullish.

Standing in sync with Amit Sajeja; Anuj Gupta of IIFL Securities said, "Gold price by Diwali is expected to hit Rs 52,000 per 10 gm at MCX while in the international market, we are expecting it to go up to $1,900 per ounce levels."