Gold price to remain low, these items to cost more? Here's what Modi govt plans for you

The Union government is planning to increase import duties on a number of items, including precious stones, certain types of steel and electronics. 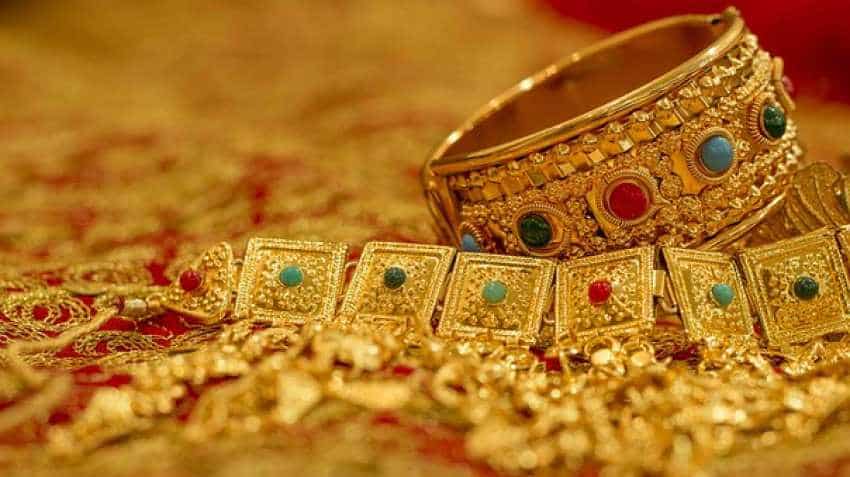 After China, India is the second largest Gold buyer in the world.
Written By: ZeeBiz WebTeam
RELATED NEWS

The report quoted a top Finance Ministry official as saying that the government is planning to increase import duty to curb the inflow of items that normally moves between China and the United  States. The government fears those items could be redirected because of the tariffs imposed by the US and China.

The government is also trying to curb import of "non-essential" items to back the rupee, which has fallen around 12 per cent this year.

While the cost of some items will likely increase if the government hikes import duty, the gold prices would not be affected.

After China, India is the second largest Gold buyer in the world.

According to Reuters, the government has proposed to increase import duty on certain steel products to 15 per cent from the current rates of 5-12.5 per cent.

In a bid to curb gold imports, the government is also planning to launch a special gold deposit scheme. This will likely help recycle the metal inside the country and curb imports.

Currently, the import duty on Gold is 10 per cent.

A Gold Savings Account Scheme has been suggested to the Centre by the Niti Aayog in a report titled 'Transforming India's Gold market'. The report says the purpose of the scheme is to "provide the citizens with the opportunity to save in gold without hassles and no losses at the time of encashment."

Gold prices today went down 0.14 per cent to Rs 30,800 per 10 gram in futures trade as participants lightened their bets. Experts attributed the fall in gold prices to a weak trend overseas as investors are stuck to the sidelines ahead of a US Federal Reserve meeting. The gold shed 0.05 per cent to USD 1,198.20 an ounce in Singapore.