Giving Diwali gifts? Do you know the tax implications these moves could have? Find out now

Gifts, on Diwali, or any other occasion could take the form of either cash or kind. 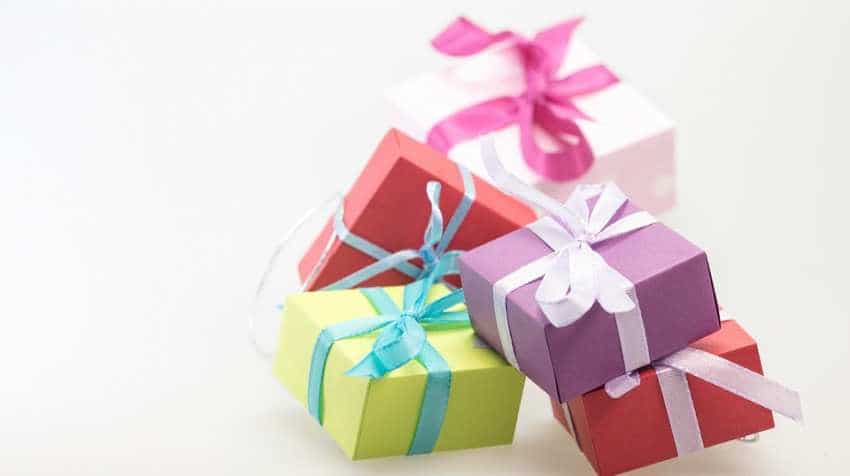 Diwali 2019: No escape! You have to pay tax on gifts; check full list here

Things you should know about "Gift Tax" before receiving, giving this festive season

Here's all you need to know about "Gift Tax"

It is Diwali time, and many would be excited to receive gifts from family and friends. It is the occasion to spend plenty money and many would be busy purchasing different sorts of gifts like jewelries, vehicles, houses and many more. Some would prefer to give cash as well as other gifts to loved ones. Exchange of gifts during the festive season is, of course, a given.

Archit Gupta, Founder & CEO ClearTax said, "Gifts, no doubt kindle enormous excitement in the recipient but one also needs to know the tax implications such gifts could have."

The income tax implications on receiving gifts have been briefly discussed in this article. Gifts could take the form of either cash or kind. Here are the tax implications under both scenarios as per ClearTax.

Gifts received in the form of cash are generally tax-free. However, that is not the complete story. Taxability of cash gifts would arise only if the amount of cash received is more than Rs 50,000, in which case, the entire receipt would be subject to income tax.

Moving over to a scenario where a movable property has been received as a gift, the Fair Market Value (FMV) comes into play for taxability of such receipt where, if the FMV exceeds Rs 50,000, the gift would be taxable otherwise, it remains tax-free.

In all the cases mentioned above, gifts, if taxed, would be taxable as “Income from Other Sources”.

They say there is an exception to every rule, and so is the case with the rule on taxability of gifts too. Let’s take a look at some exceptions:

Income tax on gifts - in the hands of the donor

There are certain specific circumstances defined under the tax laws when the concept of “clubbing of income” gets triggered. Let us understand clubbing with the help of a simple example.

Let’s assume that a salaried man gifts his wife some money, she subsequently invests the money in a fixed deposit; which generates income for her in the form of interest.

The wife has no other source of income. In this case, the initial act of gifting has no tax implications as the wife qualifies as a “relative” and gifts to relatives are tax-free.

However, since the wife has no taxable income, the interest income generated out of the deposit would be clubbed in the hands of the husband and he will have to pay taxes on the same.

Thereby, if you have received any of the above mentioned gifts, make sure to note that they come up with tax implications, hence make sure to save on them as well.

Diwali 2019: No escape! You have to pay tax on gifts; check full list here

Things you should know about "Gift Tax" before receiving, giving this festive season

Here's all you need to know about "Gift Tax"