Game of Thrones season 8 streaming now: 5 money lessons you can learn from GOT 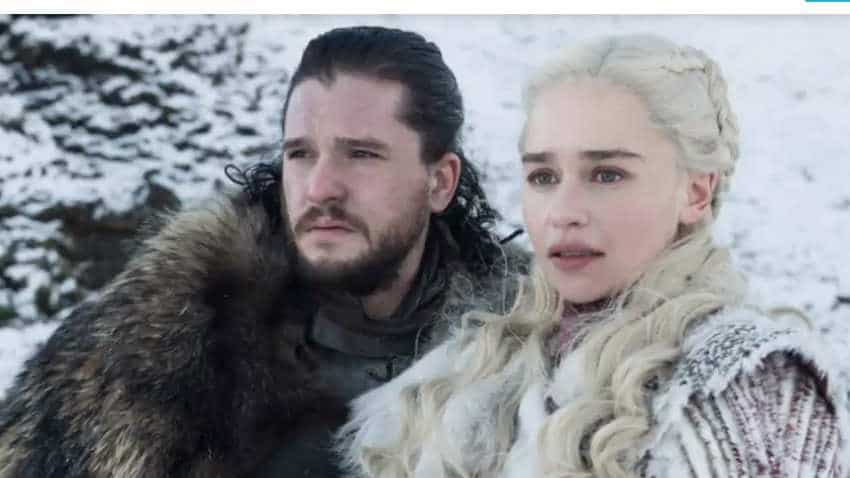 While the show has set a new benchmark for TV series across the world, there is a lot more that could be learnt from it, including a few valuable money lessons. Source - HBO website.
Written By: Manas Tiwari
RELATED NEWS

SBI Home Loan EMI Calculator: Save more than Rs 2000 per month on THIS much of loan - here is how

Games of Thrones season 8: The winter is here! Not literally, of course, with temperature in India exceeding the 40 degree mark! But, the highly-awaited 8th season of the American fantasy-drama 'Games of Thrones' is now streaming in India and worldwide. The first episode of the new season titled Beginning of the End released on April 15 and can be watched on online streaming service - Hotstar. The actors looked equally excited for the show as fans. Sophie Turner, who plays the role of Sansa Stark, shared a picture on Instagram where she can be seen sleeping on the sets of the show. "In honour of the final season of Thrones premiering tonight... Here's a picture of me asleep on set," she wrote. Emilia Clarke, who plays Daenerys Targaryen, posted an adorable photo on Instagram and wrote: "Me and my baby (dragon) just very excited for you all to see season 8 game of thrones which if I'm not mistaken begins....now. gulp enjoy for the throne for the last time buckle up kids".

While the show has set a new benchmark for TV series across the world, there is a lot more that could be learnt from it, including a few valuable money lessons. Money/finance and power play an important role in the plot of Game of Thrones. Here are 5 lessons you can learn from it:

1. Never forget to pay your debts

"A Lannister always pays his debts," Game of Thrones tells everyone. The house may have a long history of greed, murder and betrayal but it never forgets what it owes to someone.

The show teaches you to pay your debts as it can be a powerful asset to build wealth. That means, get your credit score high and keep it there. A good credit score can also help you save a ton of money and open new opportunities. Yes, that will also translate into a happy retirement.

The Mother of Dragons, Khaleesi, the Unburnt, Breaker of Chains - Daenerys Targaryen - had the toughest time in the show. Daenerys had a journey of her own over the last seven seasons but never allowed the setbacks to get the better of her. She sought advice, made better strategies and regained what was lost.

So, every time life knocks you down, learn from Daenerys. Lost your money in an investment? Well, you can bounce back too. All you need is a solid plan, some hard work and a a lot of patience. Remember, if you have implemented a good strategy, it will pay off soon enough.

Those who fail to prepare may not survive. The entire show is about the preparation to face the Night King and his army which has finally marched towards the North.

The lesson to be drawn here is that that you always need to be ready for the tough times and have an emergency fund ready which could be used in a crisis. You never know when job loss, illness or other financial disasters may strike. This fund will get you through the worst period in relative comfort.

No matter how much wealth you have, you need to spend wisely. We all know what happened with King Robert - once a great conqueror, turned a womaniser and a drinker, who ultimately ended up killing himself.

You need to focus on long-term goals and make the best use of the funds in hand. While there is no need to deny yourself certain pleasures, there is a dire need to ensure you save a particular amount, invest a portion and use whatever is left over on activities that do not generate any revenue, like eating out, travel and more. Yes, saving and investment are a must and the sooner you start, the more powerful is your financial standing.

There’s no substitute for hard work, no shortcuts to lasting success. Jon Snow didn't become the king of the North because he took a shortcut. He earned the title by working harder than anyone else and keeping a cool head in crisis. Even the not so popular Littlefinger did years of planning to survive amid chaos.

Like the Game of Thrones show, life too is unpredictable. So, set yourself up for a long grind and stay away from distractions.

SBI Home Loan EMI Calculator: Save more than Rs 2000 per month on THIS much of loan - here is how