Paisabazaar.com tells its users about DOs and DON'Ts in case they get such a communication. 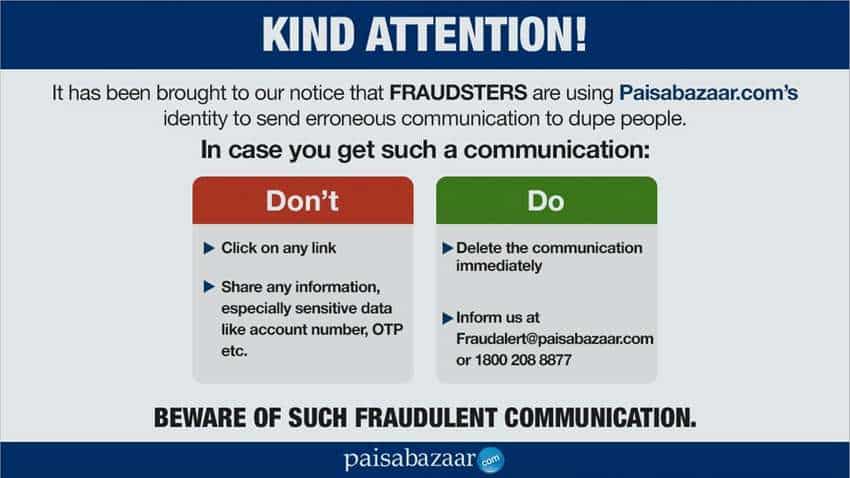 The good, the bad and the ugly of short-term instant loans

Financial products' platform, Paisabazaar.com, is sending a very important message to its users. According to the message sent by Paisabazaar.com, fraudsters are using paisabazaar.com's identity to send erroneous communication to dupe people.

Paisabazaar.com tells its users about DOs and DON'Ts in case they get such a communication. 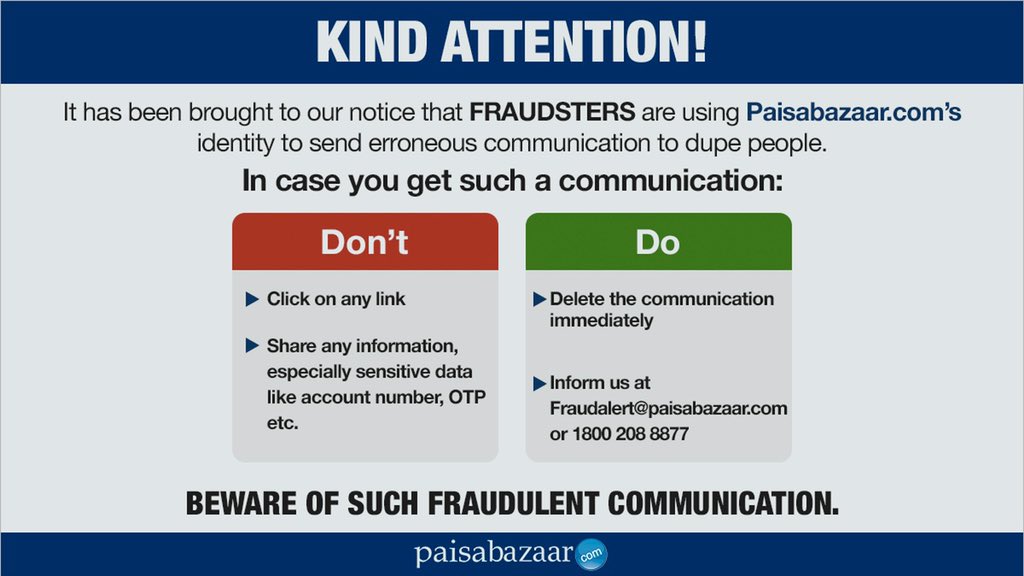 Earlier, Paisabazaar.com had announced that it has introduced its credit report initiative in three regional languages. Consumers can now read and download their free credit report from Paisabazaar in Marathi, Telugu and Kannada, in addition to English and Hindi.

Paisabazaar.com said that the introduction of credit score in three new languages should help a large portion of 36% of its credit score customers coming from the states of Maharashtra, Karnataka, Telangana and Andhra Pradesh, plus other Marathi, Telugu and Kannada speakers, residing in other states. Over 10 crore people in India reportedly access the Internet in Marathi, Telugu and Kannada.

The good, the bad and the ugly of short-term instant loans