EPFO to introduce this new service: How it will benefit Provident Fund account holders

The Employees' Provident Fund Organisation or EPFO is set to introduce a new e-inspection system that will simplify the inspection process and ensure organisations with open communications will not be subject to physical inspection until absolutely necessary. 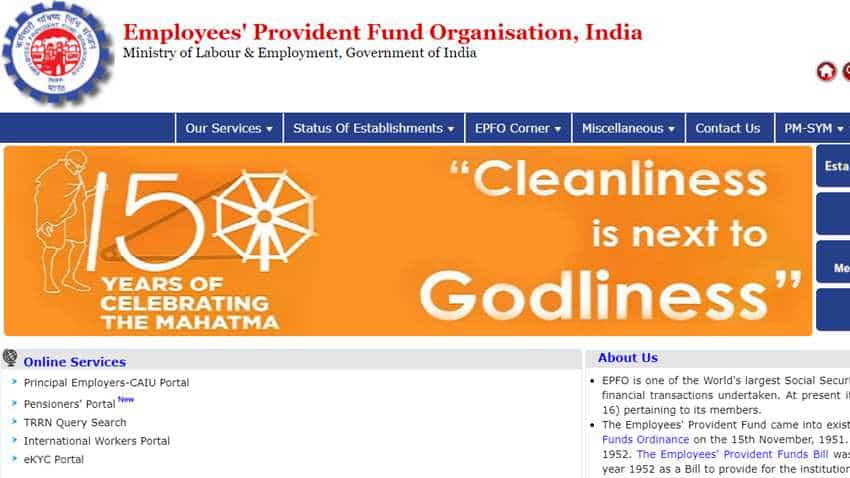 The Employees' Provident Fund Organisation or EPFO is set to introduce a new e-inspection system that will simplify the inspection process and ensure organisations with open communications will not be subject to physical inspection until absolutely necessary. The development has been confirmed by Central Provident Fund Commissioner Sunil Barthwal. According to a CII release quoted by news agency PTI, the body has proposed to amend the Act to limit enquiry period to a maximum of two years in order to curtail harassment, he said at a Confederation of Indian Industry-organised interactive session last Friday.

Barthwal said that there is a fraction of employees that is unable to generate UAN (a 12-digit Universal Account Number to all employees entitled to EPF) due to the mismatch in data. He added that the EPFO is looking at alternative authentication vis-a-vis the employee database.

"The EPFO is working towards a three-day settlement period for KYC (Know Your Customer) compliant beneficiaries who have UAN linked to Aadhaar, have a bank account and a registered mobile number," the release quoted him as saying. Barthwal also proposed to set up a society of self-regulating consultants, similar to ICAI (The Institute of Chartered Accountants of India), in order to curb "misuse and corruption."

"In a significant announcement for industry, he proposed to decriminalise defaulters and treat the cases as economic offences," the release said.

Last week, Zee Business Online had learnt that Provident Fund interest rate is set to be hiked, bringing joy for thousands of employees. A source had said that provident fund would get an interest rate of 8.65 percent for the financial year 2018-19 with Centre likely to notify the same by the end of this week. The ongoing tussle between the Ministry of Labour and the Finance Ministry over the interest rate is now over and bar the announcement, everything else has been decided.