The data published comprises of members who have joined during the month and whose contribution has been received. 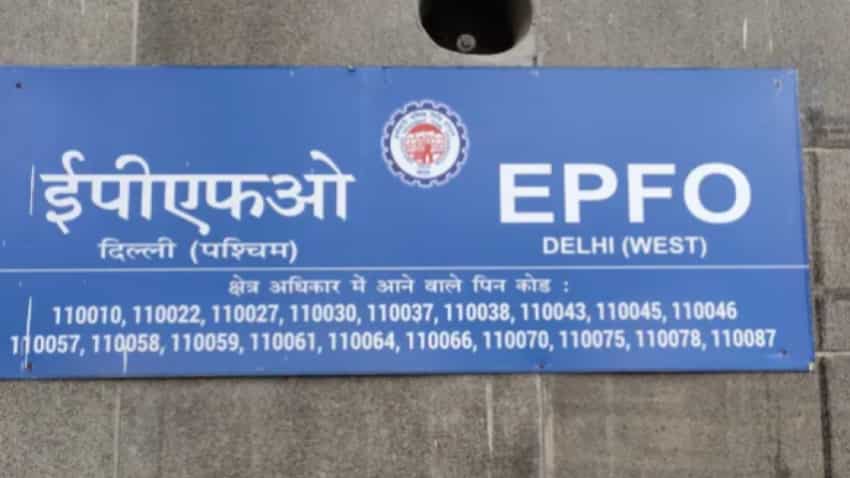 It reveals that EPFO has added 14.90 lakh net subscribers in the month of September, 2020. IANS pic.
Written By: Prashant Singh
RELATED NEWS

EPFO dismisses reports about fall in number of subscribers, contributing firms in Oct

Ministry of Labour & Employment has released the provisional payroll data of Employees' Provident Fund Organisation (EPFO) for the month of September 2020. It reveals that EPFO has added 14.90 lakh net subscribers in the month of September, 2020 thereby increasing the subscribers’ base of EPFO by around 30.92 lakh during the first two quarters of current financial year.

The data published comprises of members who have joined during the month and whose contribution has been received.

Ministry of Labour & Employment says, "A year-on-year comparison shows that September 2020 has registered a healthy 49% growth in terms of net payroll addition as compared to net subscriber growth of 10.00 lakh registered during the month of September 2019.The net payroll addition figures for the second quarter of FY’21 are 30.34 lakh which is approximately equal to payroll figures of second quarter of FY’20. This indicates a robust recovery to pre Covid-19 levels."

The number of members, who exited and then rejoined, indicates both switching of jobs by them within the establishments covered under EPF Scheme and subscribers choosing to retain their membership by transferring their PF accumulations rather than opting for final withdrawal. In terms of month-on-month comparison this has increased by approximately 10% for from 6.53 lakh in August to 7.23 lakh in September 2020, as per Ministry of Labour & Employment.

Age-wise analysis indicates that during September 2020, the maximum numbers of new additions belong to more than 35 years age-bracket followed by 18-21 and 22-25 age-brackets respectively. The age group of more than 35 years registered a remarkable growth in net additions from around 1.24 lakh in August to 3.90 lakh in September 2020. Growth in this age bracket indicates return of jobs to already experienced workers.  The 18-25 age-group members can be considered as fresh hands in the job market and have also shown strong revival by contributing almost 42% of the new subscribers.

Across State comparison of payroll figures shows states of Maharashtra, Haryana, Gujarat, Tamil Nadu, and Karnataka remaining at the forefront of the employment recovery cycle with adding approximately 54% of a total of 30.34  lakh net payroll addition for the second quarter of FY” 21 across all the age groups.

Category-wise analysis of industry indicates that ‘expert services’ category has continued it’s recovery adding 47% of the net payroll during the second quarter. However, some of the other industries such as building & construction with 1.62 Lakh additions, engineers & engineering contractors with 1.57 Lakh additions and electrical, mechanical & general engineering products with 1.51 Lakh additions respectively during the second quarter have shown that the recovery has started picking up in other sectors as well.

EPFO is a social security organization responsible for providing a number of benefits to the members covered under the purview of EPF & MP Act, 1952. It provides provident fund, pension benefits to the members on their retirement and family pension & insurance benefits to their families in case of untimely death of the member. The payroll data is provisional since updating of employee records is a continuous process and accordingly gets updated on a month on month basis.

EPFO dismisses reports about fall in number of subscribers, contributing firms in Oct