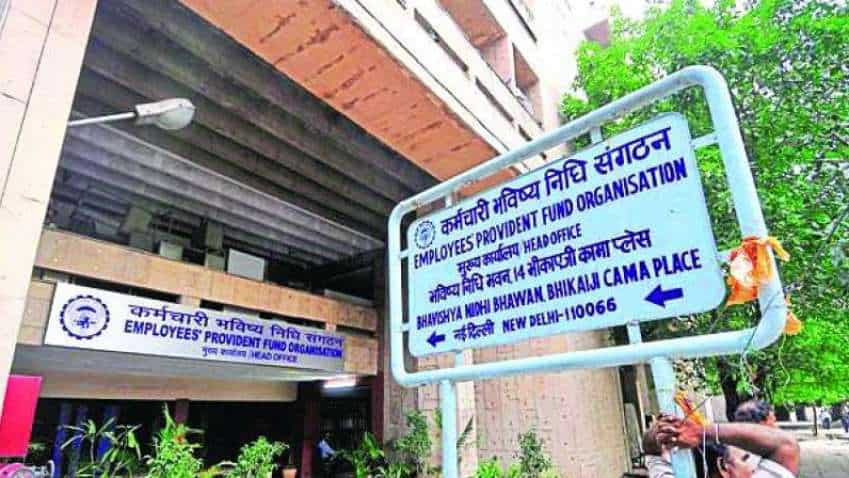 EPFO Alert: Same should be forwarded to banks in advance so that monthly pension is credited into the account of the pensioners in time i.e. during the month of March, he directed. Source: Reuters
Written By: ZeeBiz WebTeam
Edited By: Prashant Singh
RELATED NEWS

Employee Provident Fund: EPFO unlikely to change rate - Know how much money you will take home on retirement

EPFO Alert: Central Provident Fund Commissioner of the Employees' Provident Fund Organisation (EPFO) has directed the field offices of EPFO to generate and reconcile pensioners’ details and pension amount statements for the current month by 25 March 2020, a release from the Ministry of Labour & Employment said.

Due to the corona virus pandemic, lock down has been declared in various parts of the country.

He further directed that the same should be forwarded to the banks in advance so that the monthly pension is credited into the account of the pensioners in time i.e. during the month of March itself, the government release said.

The direction was issued to ensure that no inconvenience is caused to the pensioners on account of the prevalent situation due to the Coronavirus pandemic, the releases said. The Covid-19 has till now taken 9 lives with more than 480 cases reported. The government has announced a complete lock down in 30 states and Union Territories.

EPFO disburses monthly pension to more than 65 lakh pensioners every month under the Employees’ Pension Scheme, 1995. EPFO is one of the largest social, security organisations in terms of clientele and the volume of finacial transactions undertaken by it. According to the information published in its website, the organisation maintains over 19.34 cr accounts as of 2016-17.

Employee Provident Fund: EPFO unlikely to change rate - Know how much money you will take home on retirement