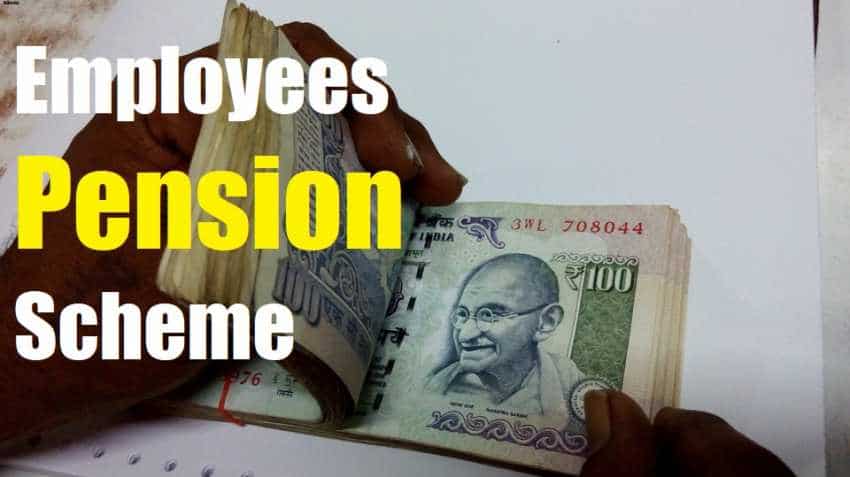 Employee Pension Scheme: Not many of you would know that while the money deposited in the EPF account earns high interest, the EPS balance doesn't earn interest. Image: Pixabay
Written By: Rajeev Kumar
RELATED NEWS

In a recent judgement, the Supreme Court rejected a special leave petition filed by the Employees Provident Organisation (EPFO) against a Kerala High Court verdict. The latter had set aside the Employee's Pension (Amendment) Scheme, 2014. As per the latest verdict of the Supreme Court, employees are entitled to pension proportionate to their respective salaries. The apex court verdict has big implications for employees. Take a look:

Under the Employees' Provident fund (EPF) scheme of the government, a member is entitled to a monthly pension for life from the Employee's Pension Scheme (EPS), apart from the provident fund corpus, after retirement. The money deposited in the EPS account is primarily the employer's contribution to the retirement corpus of the employee. Employers have to match the employees' contribution to EPF every month. In other words, a part of your salary (12% of the Basic and Dearness Allowance) goes into the EPF account. While the deduction from the employee's salary goes directly in the EPF corpus, the contribution of the employer (8.33% of the Basic and DA) is deposited in your EPS account.

How much you were paid till now

Until September 2014, the EPFO had restricted the Basic and DA amount to Rs 6500/month for calculation under the EPS. So the monthly amount that was deposited in your EPS account from the employer's contribution was just Rs 541.45 ( i.e. 8.33% of Rs 6500) The rest of the amount was deposited in the EPF account. However, under the amendment scheme of 2014, the Basic and the DA was limited to Rs 15,000 - irrespective of what the employee earned. This meant the maximum amount from the employer's contribution deposited to the EPS account every month was 8.33% of Rs 15,000, or Rs 1250.

Not many of you would know that while the money deposited in the EPF account earns high interest, the EPS balance doesn't earn interest. EPFO determined the pension provided to the employee on the basis of the number of years of contribution and the pensionable salary.

A person becomes eligible for pension only after serving at least for 10 years and the pension generally starts after 58 years of age. As per rules, the pensionable salary can't exceed 35 years.

However, with the Supreme Court's latest verdict, a lot has changed.

Pension calculation: How much you may get now

As per the SC judgement, the maximum pensionable salary limit of Rs 15,000 is no longer applicable. Hence, the EPFO will have to calculate the pension on the basis of the actual salaries of the employees. Employees can now choose to allocate a larger portion of the employer's contribution to EPS.

For example, if the total of monthly Basic and DA of an employee is Rs 40,000. Unlike past, you can choose to increase the allocation to the EPS up to 8.33% of Rs 40,000, or Rs 3332. Earlier, this was restricted to 8.33% of Rs 15,000 (Rs 1250). The removal of the cap in the calculation formula for pensionable salary also means the employees would get a higher payout after retirement. However, the employer's share to the EPF would come down as more of this contribution (12% of Basic and DA) would now go to the EPS.

After coming into effect of the apex court order, the pensionable salary would be average Basic and DA in the last 12 months, which was provided until September 2014. The amendment introduced in that year had made employees with Basic and DA above Rs 15,000 ineligible for EPS membership. Now, there is no such restriction.

While the Supreme Court's decision must come into force soon, the EPFO is yet to spell out the modalities for the implementation of the latest judgement. Expect it to act soon.