E-filing income tax returns: The bench said that the I-T department will not insist on linking of Aadhaar or quoting of the Aadhaar number or its enrolment number in the returns filed by the two lawyers. 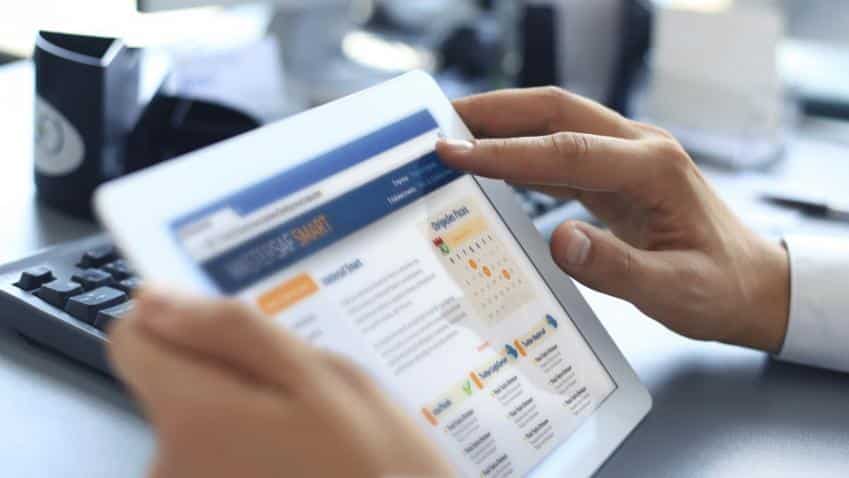 E-filing income tax returns: The Delhi Court today sought the Centre's and tax authority CBDT's response on a plea opposing the requirement of quoting Aadhaar card number or linking it with PAN in e-filing income tax returns. The issue was raised before a bench of justices S Ravindra Bhat and A K Chawla by two lawyers, one of them a senior advocate, whose income tax returns were not accepted by the e-filing portal of the Income Tax (I-T) department for want of Aadhaar number.

While issuing notice to the Centre and Central Board of Direct Taxes (CBDT) seeking their stand, the court said senior advocate Mukul Talwar and advocate Vrinda Grover can file their returns without quoting the Aadhaar number and directed the I-T department to accept the same.

The bench said that the I-T department will not insist on linking of Aadhaar or quoting of the Aadhaar number or its enrolment number in the returns filed by the two lawyers.

With the direction, the court listed the matter for further hearing on May 14.

Appearing for the two lawyers, senior advocate Kirti Uppal argued that when the time limit for Aadhaar linking has been extended till further orders by the Supreme Court, the I-T department cannot insist on quoting of Aadhaar to allow e-filing of returns.

He also contended that the refusal by I-T department's Centralised Processing Centre (CPC) to accept tax returns without Aadhaar number is "arbitrary".

The petitions challenged sub-Rule 12 (3) of the Income Tax Rules saying that it "constitutes an unconstitutional fetter on the administrative discretion and therefore, was violative of Article 14 of the Constitution to the extent that it does not contemplate accepting returns of assessees which are filed in the manual mode".

The petitioner lawyers also contended in their pleas that insisting on enrolling for Aadhaar in order to file tax returns is "arbitrary, unreasonable and violative of Articles 14 and 21 of the Constitution".

The pleas on behalf of the two lawyers, also represented by advocate Anshumaan Sahni, claimed that on March 27, the CBDT had extended till June 30 the last date for linking Aadhaar with the Permanent Account Number (PAN) and therefore the petitioners should be permitted to e-file their return.

The petition also claimed that in a recent similar case in the Punjab and Haryana High Court, the government on March 28 had stated that since time for linking Aadhaar with PAN has been extended till June 30, the e-filing system would accept the petitioner's (in that matter) return without asking for Aadhaar.

Meanwhile, the I-T department's lawyer said there is no clarity on whether hard copies of tax returns without Aadhaar number can be accepted or processed.

The petitions have sought directions to the CBDT to "allow individual assessees to submit the return of income for assessment year 2017-2018 without linking or having to mandatorily quote an Aadhaar number or Aadhaar enrolment number in such return and to treat such return as having been duly filed in accordance with law".

They have also sought directions to the Centre and the CBDT to "not penalise or prosecute individual assesses for being unable to electronically file their returns of income due to the e-filing portal not accepting returns for non-quoting of an Aadhaar number or Aadhaar enrolment number".