Don't pay more for more for cashless medical policy? Here is what you need to do

Barely 96 hours after admitting his ailing mother to the hospital, Suresh Kannan got a call from the hospital administration asking for more money. The hospital told him that his Rs 7-lakh insurance cover was nearly used up and he would have to deposit additional funds. 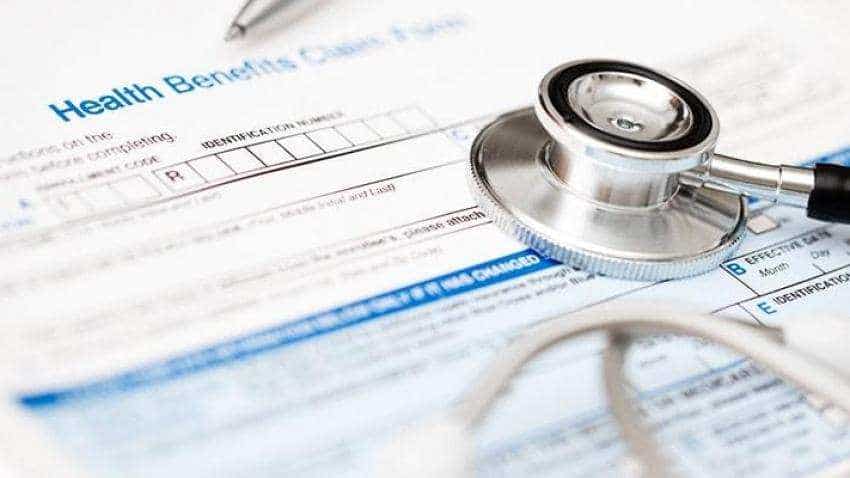 Health insurance companies have been seeing an increase in cashless claims over the years, as it is convenient for customers. Image source: Pixabay
Written By: Kumar Shankar Roy

Barely 96 hours after admitting his ailing mother to the hospital, Suresh Kannan got a call from the hospital administration asking for more money. The hospital told him that his Rs 7-lakh insurance cover was nearly used up and he would have to deposit additional funds.

Health insurance companies have been seeing an increase in cashless claims over the years, as it is convenient for customers. But many customers have had experiences similar to Kannan. Hence, it is not surprising they think that hospitals overcharge those who have a cashless medical insurance. But is that it really the case? What safeguards can you take to avoid such a scenario? Read on.

Cover against overcharging
Under cashless claims customers get access to best hospitals that are on insurers’ network, without worrying about the cost. It also eliminates documentation hassles for the customer, as the insurer corresponds directly with the hospital for all required information. This enables quick decision making and turnaround time. It reduces out of pocket expenditure for the customer and she/he pays only for non-payable items.

But customers allege that hospitals/nursing homes try to quickly extinguish the sum assured, in case of cashless facility. Insurers, in their defence, say that such scenarios happen when customers opt for the best treatment facilities including expensive rooms, or when they go to a high-end hospital.

“Certain hospitals may overcharge, but it cannot be generalised for all hospitals. We need to also consider other parameters that decide the total cost of treatment, such as room type, treatment protocol, specialist doctors fee etc. Besides, while opting for cashless service consumers tend to go in for the best facilities available in the hospital. This, therefore, can result in faster exhaustion of sum insured,” said Mayank Bathwal, CEO Aditya Birla Health Insurance.

A customer should choose the right hospital depending on one’s medical problem. “For a routine procedure like appendix surgery or a fracture that can be treated at a small hospital, one should not exhaust the sum insured by going to a high-end hospital,” said S Prakash, chief operating officer, Star Health and Allied Insurance.

At the time of empanelling the hospital on the insurer’s network, a thorough verification of the facility is done in terms of infrastructure, infection rates, clinical outcomes, etc. This ensures transparency between the insurer and the hospital from the cashless servicing standpoint.

Insurers also benchmark the hospital’s schedule of charges against other providers of similar category, in the same vicinity. “With this, there hardly remains any scope for manipulation in charges,” said Bhaskar Nerurkar, head   health administration team, Bajaj Allianz General Insurance.

Reach out to insurers
Customer should report any inconsistency in charges to the insurer. Insurers take over-charging allegations seriously. “Insurance companies arrive at the tariffs based on various factors like demography, type of hospital facility, consultants profiling, volume discounts basis footfall, etc. If there is evidence of the provider abusing the cost or the sum insured, then the insurance company will de-panel such hospitals, which is a big financial loss,” said Sukhesh Bhave, head- accident & health claims, SBI General Insurance.

“We have agreements with empanelled service providers for cashless hospitalisation. This helps avoid any deviation from the agreed tariff rates and restricts hospitals from overcharging the insured customer. In order to control increased outgo towards claims, which would deplete the sum insured, insurance companies have preferred network hospitals that agree to a preferential pricing for insured customers,” he added.

Most hospitals charge professional fees, medical procedure and lab services based on the type of room category opted by the customer. “All these charges are pre-defined and agreed between the hospital and insurance companies / Third Party Administrators (TPAs). Customers should opt for admission in a suitable room category according to their sum insured and eligibility, as this will have a direct impact on the overall expense,” said Sanjay Datta, chief - underwriting & claims, ICICI Lombard General Insurance.

Cheaper rates for cashless
On the bright side, some customers say that when they opt for the cashless facility, some hospitals give them better rates. Jyoti Punja, chief operating officer, and customers officer, Cigna TTK Health Insurance said that there are often contracted rates between the hospital and the health insurance company for cashless treatment, and not for reimbursement. “There may be instances where hospitals provide discounts between 5 and 20%. This will vary from hospital to hospital. Hospitals could provide discounts because of the number of claims that could be on the higher side,” she added.