Donating to your preferred charity may save you income tax; here's how 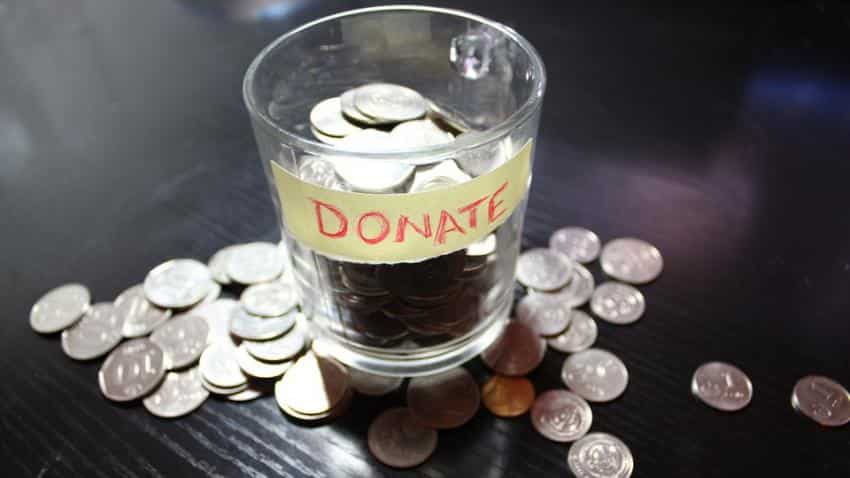 Charity is one more option that can help you save tax. Photo: Pixabay
Written By: Hitisha Jain
RELATED NEWS

Save income tax by March 31: Here's a checklist

Income tax rules in India allow taxpayers to seek deduction against money they donate to charities within the given financial year.

Section 80C of I-T Act which offers tax savings of up to Rs 1,50,000 in a year, lists down several tax saving investment plans. The most common ones are Equity Linked Savings Scheme, Sukanya Samriddhi Account, National Savings Certificate and deposits in PPF account.

Charity is one more option that can help you save tax. The donations you make are also an expense for you. Section 80G, 80GGA and 80GGC cover provisions which make your donations eligible for tax deductions.

Speaking with Zeebiz, Archit Gupta, Founder & CEO of ClearTax.com, explains how. He said, "Donating money to certain funds such as PM relief fund and some notified NGO can help you save tax."

However, not every charity gives you 100% tax saving. In some cases only 50% deduction is allowed of the amount donated. There is a specified list of funds eligible for donation u/s 80G is available. Donation can also be made to scientific institutions and religious body. But the donation should not be made in cash for amount above Rs 10,000, Gupta pointed out.

How can you claim the deduction?

As per ClearTax, there are four important details that you need to submit in your Income Tax Return:

Morever, here's a list of funds and institutions under Section 80G where donations with 100% deduction without any qualifying limit:

Donations with 50% deduction without any qualifying limit:

Save income tax by March 31: Here's a checklist