The largest private lender HDFC Bank on its website mentions that, the bank accepts mutilated / soiled notes from customers / non customers for exchange. Process of acceptance of such notes has been defined as per RBI's note refund rules and circulated to all the branches for adherence. 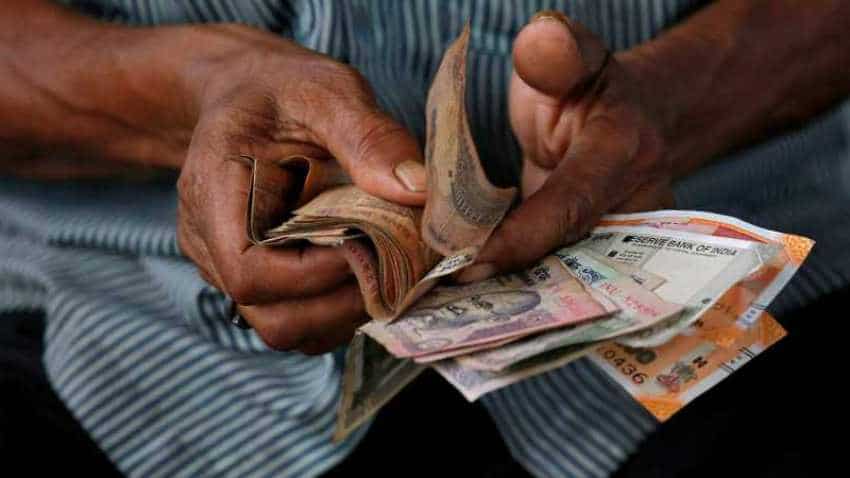 Have you been through cash damage, like for instance you went to your bank ATM machine and received a torn currency note, or someone passed onto you a soiled or mutilated bank note. It must be frustrating to have a such a note in your hand, because exchanging it or buying groceries or travel or any other form of money activity becomes difficult. It's like you are stuck with that particular note and there is no way to exchange it. In desperation, sometimes you slip it to someone deviously or even make an attempt to pass it onto someone else, just because you are tired of it! As an individual it is very important to know the difference between which notes can be exchanged with banks, and surely, to your surprise, RBI allows torn, soiled or mutilated banknotes to be taken care of at your respective bank branch. There are a host of guidelines provided by RBI which help you get rid of these notes, all you have to do is go to your bank branch. In India, there are banknotes namely Rs 10, new Rs 10, Rs 20, Rs 50, new Rs 50, Rs 100, new Rs 100, Rs 200, Rs 500 and Rs 2,000, that have the possibility to be in some ways damaged. As a citizen it is your duty to make sure you get these banknotes back to branches if they are torn, mutilated or soiled rather than passing it on to someone else and letting the process continue. You are held responsible in this process then!

The largest private lender HDFC Bank on its website mentions that, the bank accepts mutilated / soiled notes from customers / non customers for exchange. Process of acceptance of such notes has been defined as per RBI's note refund rules and circulated to all the branches for adherence.

Similar guidelines are given by many banks, because RBI demands the lenders to look into the matter and help citizen get rid of damaged banknotes.

What is soiled, mutilated banknotes?

The soiled notes are those. which have become dirty due to usage and sometimes also involve two piece note pasted together - which means two pieces of belonging to a same note are stuck together to form an entire note.

In case of mutilated banknotes, a portion of the currency may be missing or it is in two pieces.

RBI does not allow any claim in respect to currency which is alleged to have been stolen, lost or wholly destroyed. However, the central bank does allow a claim for mutilated or soiled notes but after the currency meets a certain criteria.

RBI makes sure to check where a note has been made imperfect or mutilated, thereby causing the note to appear to be of a higher denomination, or has been deliberately cut, torn, defaced, altered or dealt with in any other manner, not necessarily by the claimants, enabling the use of the same for making of a false claim under these rules or otherwise to defraud the Bank or the public.

Hence, it is very important to understand which mutilated notes can be exchanged at the banks, as per RBI.

The adjudication of claims in respect of notes of less than fifty rupees denomination shall be made in the following manner, namely.

If an area of the single largest undivided piece of the note presented is more than 50% of the area of the respective denomination, rounded off to the next complete square centimeter, full value on mutilated notes of the above denominations shall be payable.

However, if the small denomination notes is less than or equal to 50% of the area, then they will be rejected by banks.

As for high denomination banknotes, the currency must present the following criteria.

Unlike small denomination currencies, RBI states that, if the undivided are of the single largest piece of high denomination note is presented equal or more than 40%, however, less than 80% of the area then the half value of the note is payable by bank.

In case, if the high denomination note is less than or equal to 40% of the area, then the claim would be rejected.

If the claim of mutilated notes of rupees fifty and above denominations consist of a note composed of two pieces of the same note and the two pieces, individually have an area equal to or more than 40% of the total area of the note in that denomination, then the claim may be refunded for full value of the note.

It is only mutilated notes which needs to be passed by Prescribed Officer after carrying a proper research of that currency. Hence, if the officer after thorough check comes to an conclusion that your banknote is genuine, then you are good to go.

Soiled notes (which include two piece notes having middle or near middle cut either horizontally or vertically) will be freely accepted and exchanged at all branches including currency chest branch.

Considering the above, it is highly important that the currency you hold in your hand must be replaced with your bank. It is also important for those who receive a torn note to make sure they go to the bank and inform them about it. Of course, there can be a possibility that you might end up with forged currency. Hence, take a step forward now, act responsibly, make sure the money you use is pure and if not, then rush to your nearest bank branch!