Do you have gold, jewelry at home? You must know these Income Tax, DBDT rule

Gold, jewelry rule: Income-Tax department can't ask about the gold possession up to 500 gms from a married woman, for an unmarried woman this limit is 250 gms. 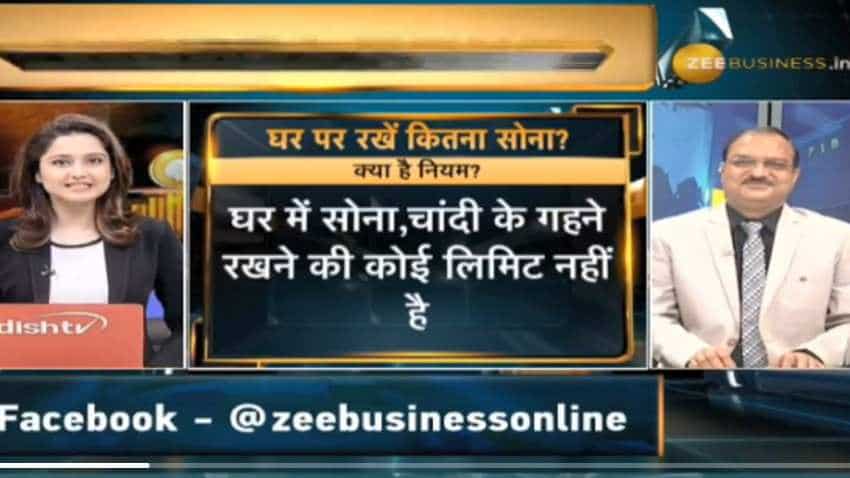 Income Tax Department and CBDT can't ask about the source of gold or jewelry up to 100 gms from a man, say experts.
Written By: ZeeBiz WebTeam
Edited By: Harish Dugh
RELATED NEWS

Having gold, silver and jewelry at home is a part of the Indian culture and people have a feeling that investment in gold and gold jewelry is like a hedge against inflation. However, there are some income tax and CBDT circulars that are important for the people to know as there is a lot of confusion in this regard. Rumours have been spreading on social media regarding the government-mandated ceiling for gold and gold jewelry and the next crackdown is going to happen on gold and jewelry investments.

Asked about the ceiling on gold and jewelry that one can keep at home and what does the Income Tax and CBDT circular says in this regard Sunil Garg, an independent tax expert told Zee Business TV, "There is no ceiling on how much a person can keep in gold or jewelry at home. However, they must have the source of that gold and jewelry made of gold, silver and other precious metals after a certain limit." Garg said that an unmarried woman can keep 250 gms of gold at home and an Income Tax official or department won't ask about that much of gold possession at home. Similarly, in the case of a married woman, the limit is 500 gms. In the case of a man, the limit is 100 gms.