Auto fuel prices in the country have maintained stability amidst volatility in global oil prices, but the oil marketing companies (OMC) on Monday increased the pump price of diesel once again while maintaining stability in petrol rates. 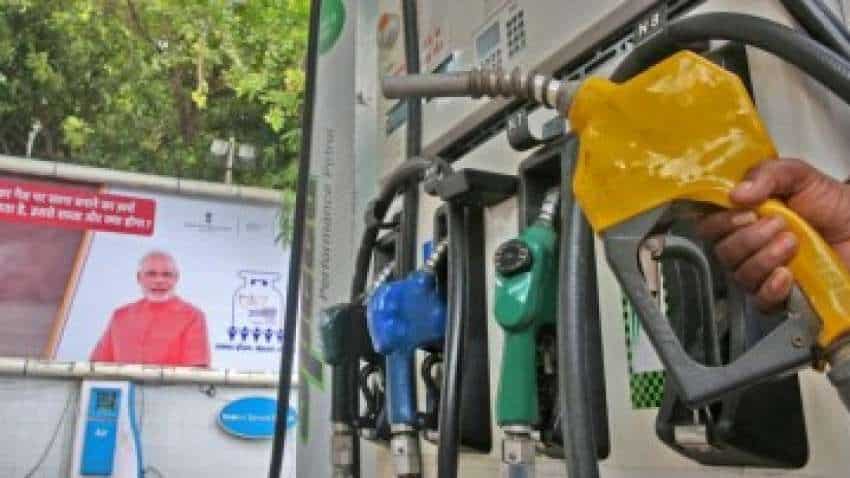 Auto fuel prices in the country have maintained stability amidst volatility in global oil prices, but the oil marketing companies (OMC) on Monday increased the pump price of diesel once again while maintaining stability in petrol rates.

Accordingly, diesel prices increased by 25 paisa per litre in the national capital to Rs 89.32 per litre on Monday, while petrol prices remained unchanged for the 22nd consecutive day, according to Indian Oil Corporation, the country`s largest fuel retailer.

OMCs have preferred to maintain their watch prices on global oil situation before making any revision in prices. This is the reason why Petrol prices have not been touched for last three weeks.

The wait and watch plan of the OMCs has come to the relief of consumers as no revision has come during a period when crude price were on the rise over shortfall in US production and inventories and a prick up in demand. This would have necessitated about Re 1 increase in price of petrol and diesel.

In Mumbai, the petrol price is stable at Rs 107.26 per litre, while diesel rates have increased to about Rs 96.94 a litre.

Across the country as well, petrol prices remained static on Monday while diesel rates increased marginally.

Fuel prices have been hovering at record levels on account of 41 increases in its retail rates since April this year. It fell on few occasions but largely remained stable.

On Monday, global benchmark Brent crude rose over $79 a barrel. Oil rates are up 2 percent for the week and this is the fifth weekly gain.

Since September 5 when both petrol and diesel prices were revised, the price of petrol and diesel in the international market has been higher by around $6-7 per barrel as compared to average prices during August.

Under the pricing formula adopted by oil companies, rates of petrol and diesel are to be reviewed and revised by them on a daily basis. The new prices becomes effective from morning at 6 am.

The daily review and revision of prices is based on the average price of benchmark fuel in the international market in the preceding 15-days, and foreign exchange rates.

But, the fluctuations in global oil prices have prevented OMCs to follow this formula in totality and revisions are now being made with longer gaps. This has also prevented companies from increasing fuel prices whenever their is a mismatch between globally arrived and pump price of fuel.