Did you invest in Chit fund? Massive benefit may come soon

The All India Association of Chit Funds in their memorandum submitted to the Committee requested for allowing a chit fund company to mention under their name as 'A ROSCA Institution' (Rotating Savings and Credit Association). 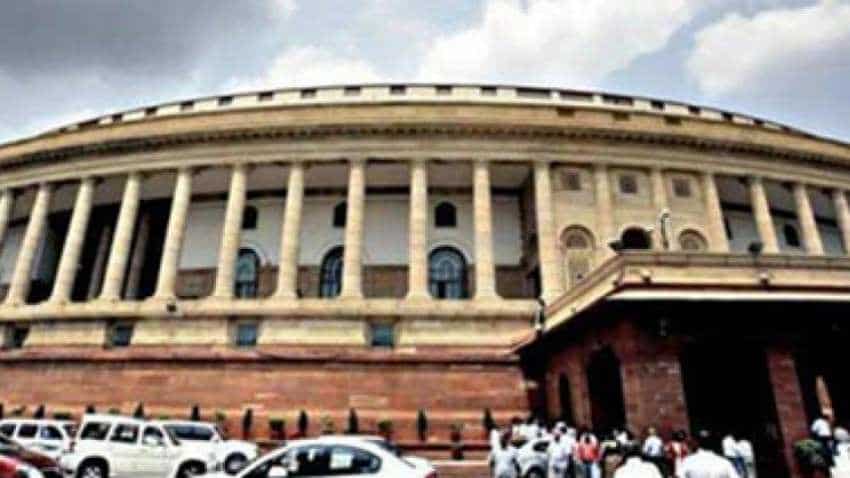 A parliamentary panel today suggested the government to bring in a provision in the Chit Fund. Image source: PTI

A parliamentary panel today suggested the government to bring in a provision in the Chit Fund (Amendment) Bill, 2018, "incorporating element" of insurance coverage for subscribers.

The Bill was introduced in the Lok Sabha in March and was referred to the Standing Committee on Finance for scrutiny.

In its report tabled in Parliament today, the panel said it has been submitted to the Committee that there should be provision for insurance coverage for the subscribers/ members, the cost of which will be borne by the chit fund company.

"The Committee therefore recommend that a provision may be brought in the Bill incorporating the element of insurance coverage for the chit subscribers," said report of the panel headed by senior Congress leader M Veerappa Moily.

The report noted that mobilising short-term funds to meet various personal needs has been a chronic problem faced by the general public in developing countries like India.

"They have to often resort to high-interest loans from money lenders and the informal sector for this purpose, which creates a huge burden for them.

"The banking sector has not yet been able to fill these gaps and meet the financial needs of the people to the desired extent," the report said.

While welcoming the Bill aimed at regulating the registered chit funds industry, the Committee believe that the sector has the potential to bridge the gap in the financial sector with proper regulation and safeguards, and made several recommendations to the government in this regard.

The All India Association of Chit Funds in their memorandum submitted to the Committee requested for allowing a chit fund company to mention under their name as 'A ROSCA Institution' (Rotating Savings and Credit Association).

The Association feels that it will help in distinguishing their business from other unconnected business.

The Bill proposes to incorporate the name 'fraternity fund' instead of the commonly known 'chit fund'.

In this connection, the panel recommended that the "government may bring in further amendment" to incorporate the words 'A ROSCA Institution' to the proposed nomenclature of 'fraternity fund'.

"These changes may help them in their image make-over and brand building," the report said.

The Association had also contended that "it is not viable" for individuals and partnership firms to run the business with prescribed ceiling of aggregate chit fund amount -- Rs 1 lakh for indivisuals and Rs 6 lakh for firms.

The finance ministry has accepted the suggestion to revise the limits upwards.