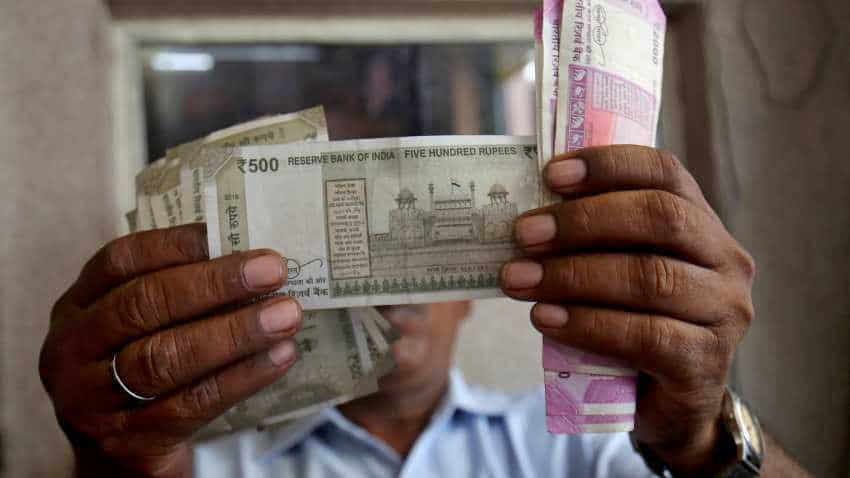 Dearness allowance/dearness relief is paid to Central government employees/pensioners to adjust the cost of living and to protect their basic pay/pension from erosion in the real value. Image source: Reuters
Written By: ZeeBiz WebTeam
Edited By: Prashant Singh
RELATED NEWS

Bringing cheers on the faces of around 50 lakh central government employees and 62 lakh pensioners, the Modi government today announced 5 per cent hike in the dearness allowance (DA), the highest ever increase in one go. The central staff will get the DA hike applicable from July this year. The DA hike is expected to provide these employees a salary hike from Rs 900 to Rs 12500 per month.

According to the official statement, "the Union Cabinet Chaired by Prime Minister Narendra Modi today approved to release an additional installment of Dearness Allowance (DA) to Central Government employees and Dearness Relief (DR) to pensioners w.e.f. 01.07.2019 representing an increase of 5% over the existing rate of 12% of the Basic pay/Pension, to compensate for price rise.  This increase is in accordance with the accepted formula, which is based on the recommendations of the 7th Central Pay Commission."

Notably, dearness allowance/dearness relief is paid to Central government employees/pensioners to adjust the cost of living and to protect their basic pay/pension from erosion in the real value, and the same is revised twice a year from 1st January and 1st July.