Equal pay and equal opportunity are nice words but mean little in actual practice. Women tend to make less money than men and spend fewer years in the workplace. 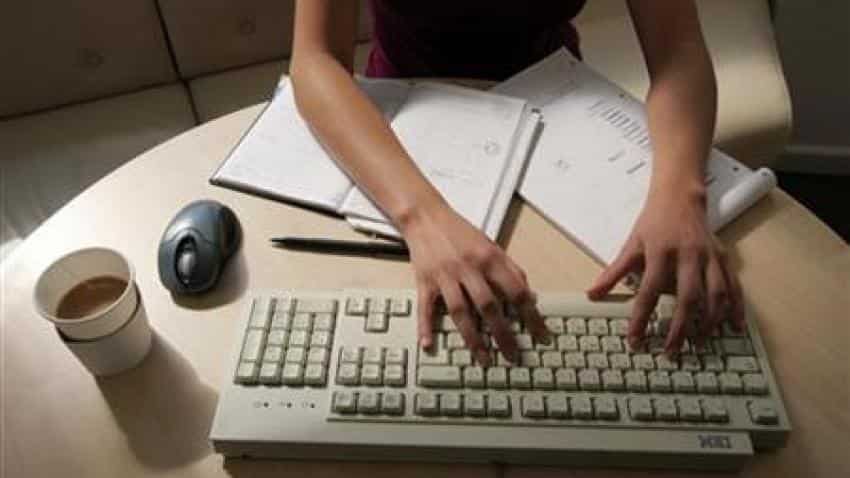 If a woman earns Rs 1 lakh less every year than a man for the next 25 years, she actually loses out on potentially Rs 1 crore! Image source: Reuters
Written By: ZeeBiz WebTeam
RELATED NEWS

Happy Women's Day! Top 5 money mistakes that can be crippling and how to deal with them

Happy Women’s Day! 5 smart money goals that every woman should have

International Women’s Day is celebrated on March 8 every year with much fanfare. Despite the celebration of ‘nari shakti’ or ‘W-Power’ with perfunctory messages on the social media, the bitter truth is that there is very little being done to change the financial future of women, who face unique obstacles including lower wages, a longer life expectancy, and fewer years in the workforce compared to males.

While a majority of the women of the yore had little economic power in terms of sustainable income, today there are a far higher proportion of women battling out in corporate jungles.

But, old mistakes are being repeated with alacrity.

This is more than just a wage gap. It is a lifetime income gap. The wage gap between Indian men and women is amongst the worst in the world, says a report by Oxfam. In some cases, the gap exceeds 30% in terms of wages.

While employers view long hours as a sign of commitment and leadership potential, the world we live is organised for families with a parent at home, usually the mother. In such a scenario, even highly skilled women silently accept the income gap.

“Women need to be vocal about the income gap. Be it a new offer or asking for a raise, do a little bit of research to see if indeed the gap exists. Asking for it is the only real way to bridge that gap. The potential effect of earning Rs 1 lakh less annually over a 20-25 year period will run into a much bigger number,” says Anil Rego, CEO & founder, Right Horizons, a Sebi-registered investment advisor.

Earning Rs 1 lakh less this year means losing out on the chance to convert it to Rs 4.3 lakh if you stashed the money in a low-yielding saving bank account for 25 years.

If a woman earns Rs 1 lakh less every year than a man for the next 25 years, she actually loses out on potentially Rs 1 crore! Women can also do gigs, by doing work outside normal office hours or on weekends to supplement income.

Ticket to credit hell
Right from the WhatsApp jokes to movies, women are shown as shopping addicts while men are the poor souls bank-rolling their bills. The worst part is women are falling prey.

“Almost all women would love to constantly upgrade their wardrobe, with the latest clothes and accessories in trend, own the latest gadgets etc. This is further fuelled by, the number of sales and lucrative offers through the year, the convenience of online shopping, and increased use of plastic money. Most often this leads to women splurging on things that they may not even require,” Amar Pandit, founder, HappynessFactory.in said.

According to the Reserve Bank of India (RBI), there are 35.50 million credit cards outstanding in India.

The average size of PoS transaction was Rs 11,800 in December-17. Unlike men, women tend to pay minimum credit card dues for a longer period (paying more interest), use cards more for instant gratification and also do costly balance transfers to other cards when they are unable to deal with a mountain of credit card dues.

Paying more interest to financial institutions means less of savings and consequently less of investments. As it is the average woman, who is otherwise super-good at getting great deals by bargaining, feels intimidated by numbers.

“Women who are not part of the financial sector perceive financial calculations and terminologies complex which keeps them away from planning,” says Tarannum Hasib, chief distribution officer, Canara HSBC OBC Life Insurance.

That explains the low number of women investors. The percentage of women considering the capital market as an investment avenue has remained constant and relatively low at less than 25%, says Central Depository Services (India) Limited.

Not just women as investors, the ‘fairer sex’ is underrepresented in the fund manager ranks also in India.

Happy Women's Day! Top 5 money mistakes that can be crippling and how to deal with them

Happy Women’s Day! 5 smart money goals that every woman should have