Superannuation is the type of pension granted to a government employee who retired on attaining the age of superannuation. 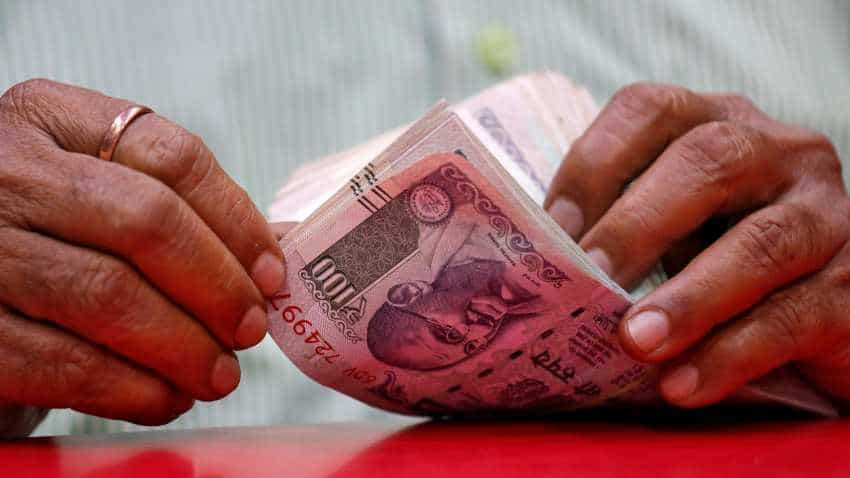 Voluntary Retirement is granted if there is no vigilance or departmental enquiry pending /initiated against the government servant. Representational Image, source: Reuters

Pension is a form of investment or savings plan that is designed to provide an income to live on when people retire. For central government employees, there are certain classes of pension applicable to them and we explain them below according to provisions of pension norms:

1. Superannuation: The type of pension is granted to a government employee who retired on attaining the age of superannuation.

2. Retiring Pension: This facility is granted to a government servant who retires, or is retired before attaining the age of superannuation or those government employees who, on being declared surplus opt for voluntary retirement.

3. Voluntary Retirement: This provision is made for any government servant who seek voluntary retirement, three months in advance, only after the completion of twenty years of his/her qualifying service. The permission is granted if there is no vigilance or departmental enquiry pending /initiated against him/her.

4. Invalid Pension: This may be granted if a government employee applies for retirement from the service on account of any bodily or mental infirmity which permanently incapacitates him/her for the service. Those who ask for this need support their request by medical report from the competent medical board.

5. Compensation Pension: In case a government employee is selected for discharge in the wake of the abolition of a permanent post, he/she shall, unless he/she is appointed to another post the conditions of which are deemed by the authority competent to discharge him/her to be at least equal to his/her own, have the option under two conditions.

Such employees have an option of taking compensation pension to which they may be entitled for the service they had rendered; or have option of accepting another appointment on such pay as may be offered and continuing to count their previous service for pension.

6. Compulsory Retirement Pension: Under this provision, a government servant can be compulsorily retired from service as a penalty may be granted by the authority competent to impose such penalty, pension or gratuity, or both at a rate not less than two-thirds and not more than full compensation pension or gratuity, or both admissible to him on the date of his compulsory retirement. Notably, the pension granted or allowed shall not be less than Rs 9,000 per month.

7. Compassionate Allowance: This is granted to those government servant who is dismissed or removed from service shall forfeit his pension and gratuity, and this has to be followed according to rules:

A-Provided that the authority competent to dismiss or remove him/her from service may, if the case is deserving of special consideration, sanction a compassionate allowance not exceeding two-thirds of pension or gratuity or both which would have been admissible to him/her if he/she had retired on compensation pension.

B-Under this rule also, a compassionate allowance sanctioned according to the proviso to sub-rule (i) shall not be less than Rs 9,000 per month.

Notably, government servants appointed on or after January 1, 2004 are not covered by the CCS (Extraordinary Pension) Rules.

9. Family Pension: This kind of pension is granted to the widow / widower and where there is no widow / widower to the children of a government employee who joined service in a pensionable establishment on or after January 1, 1964 but on or before December 31, 2003 or having entered service prior to that date came to be governed by the provisions of the Family Pension Scheme for Central Government Employees, 1964.

A-According to the said conditions, family pension is payable to the children up to 25 years of their age, or marriage or till they start earning a monthly income exceeding Rs 9,000 per month along with DA admissible from time to time p.m. whichever is earlier.

B-Family pension is also payable to widow daughter / divorced daughter/ unmarried daughter of deceased government servant till her remarriage or up to life time or starts earning a monthly income exceeding Rs 9,000/- + DA admissible from time to time per month whichever is earlier.

C. Family pension is granted to wholly dependent parents of the deceased government servants w.e.f. January 1, 1998, when he/she is not survived by a widow or eligible child. This will be payable to mother first, failing which to the father.

D. Family pension is granted to son or daughter of a government servant if he/she is suffering from any disorder or disability of mind or is physically crippled or disabled so as to render him or her unable to earn a living even after attaining the age of 25 years. The family pension can continue to be paid for life time subject to conditions.

After Rajasthan & Chhattisgarh, Punjab, Tamil Nadu among other states mull implementation of old pension scheme | Know how NPS is different from old scheme