One can reduce their taxes by furnishing these forms in their ITR filing. Also TDS can be claimed from the Income Tax department. 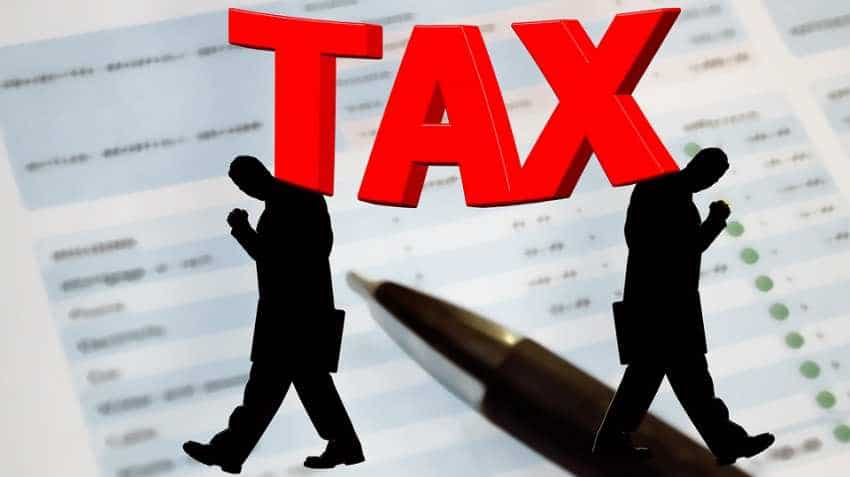 From the looks of the new Forms it can be said that, claims under various sections have been enhanced and cumulative. Photo: Pixabay
Written By: Pooja Jaiswar
RELATED NEWS

The Central Board of Direct Taxes (CBDT) have introduced a new Format for Form 16 and Form 24Q, which are referred as salary TDS certificate. From the looks of the new Forms it can be said that, claims under various sections have been enhanced and cumulative. Also,  new columns and sections have been added in Form 16. New column is made for senior citizens and various allowances have been modified in Form 24Q. These two Forms are prepared by your employer, and include details of your salary and investments. They are vital tools for filing your income tax return (IRT). Now that ITR filing for assessment year 2019-20 has already begun, it is important that you take note of every section in these two Forms very seriously. One can reduce their taxes by furnishing these Forms in their ITR filing. Also TDS can be claimed from the Income Tax department.

An employer issues this Form. It contains the evidence of TDS which is deducted from your salary and deposited with authorities. Issued annually on or before June 15 of every year, the Form contains inFormation needed to file your ITR. There are two parts of Form 16 - Part A and Part B. Under Part A, details like name and address of your employer, TAN, PAN of both employer and employee and summary of tax deducted and deposited annually is included. Meanwhile, Part B involves details of taxable salary, breakup of section 80C deductions, TDS, tax payable.

The part B of Form 16 has been changed. A new section 10 has been added, which covers inFormation of travel concession, death-cum retirement gratuity, pension, leave salary encashment and house rent allowances.

Apart from this, new columns have been created for any other exemptions under section 10. The other allowances that can be claimed in this section are - LIC policy, daily allowances, bonds, interest on deposits at banks, compensation for voluntary retirement, provident funds, children education, mutual funds investment, long term capital gains, dividends and other securities. Hence, if you have made any investment in any of these schemes and a TDS is deducted, well you can claim refund.

Going forward, claims can be made for income (or admissible loss) from house property reported by employee offered for TDS. Recently, in interim Budget 2019, the interim Finance Minister Piyush Goyal had proposed no notional rent of second self occupied house. This means that now up to two self-occupied house properties can be considered for tax benefit while calculating income from house property.

Further, now the CBDT has launched new columns for sections like 80E,  80G, 80TTA and others. Earlier, inFormation for these sections for optional and had only one single column. 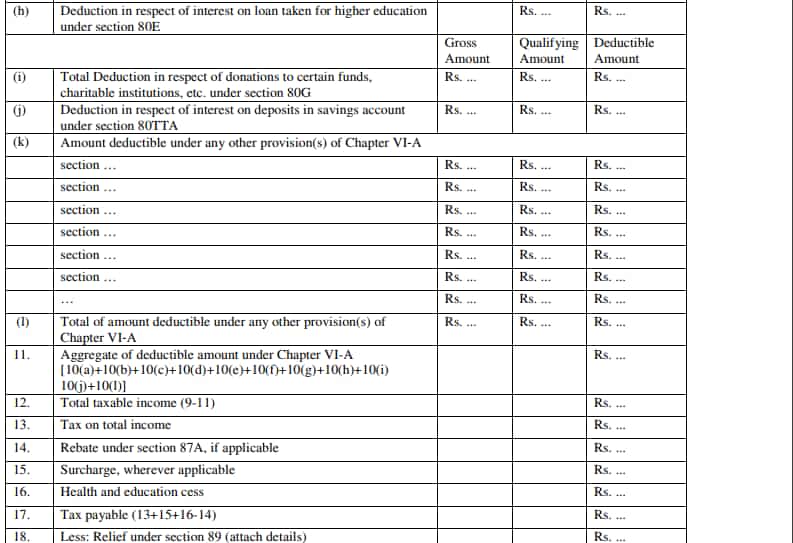 Under section 80E, interest paid for higher education loan can be claimed. This means, if you have an education loan and are repaying the same, then interest paid excluding portion of principal amount in your monthly EMIs is allowed for deduction. However, only individual can claim the amount deducted, the facility is not available for HUF or any other kind of taxpayer. Meanwhile, deductions are made for relief funds and charitable trusts. It needs to be noted that, not all donations are available for claim, only which are prescribed by government. Hence, a claim can be made for these deductions.

Hence, CBDT has made a more clear and exclusive Format for Form 16. The department said in a notification on April 12, “If an assessee is employed under one employer only during the year, certificate in Form No. 16 issued for the quarter ending on 31st March of the financial year shall contain the details of tax deducted and deposited for all the quarters of the financial year.”

When an employer pays salary to an employee, the Former is required to deduct TDS under section 192 of Income Tax Act. On quarterly basis, the employer needs to file salary TDS return in Form 24Q. There two parts in Form 24Q as well. The Annexure I involves deductee wise break up of TDS. This includes BSR Code of branch, Date on which challan deposited/Transfer voucher date, Challan Serial Number/DDO, Amount as per Challan, Total TDS to be allocated among deductees as in the vertical total of col. 326 and Total Interest to be allocated among deductees below.

While the Annexure II earlier included details Employee reference number (if available), PAN of the employee, Name of the employee, TDS Section Code, Date of payment/ credit, Amount paid or credited, TDS amount and Education Cess. This annexure has now been widened by CBDT. 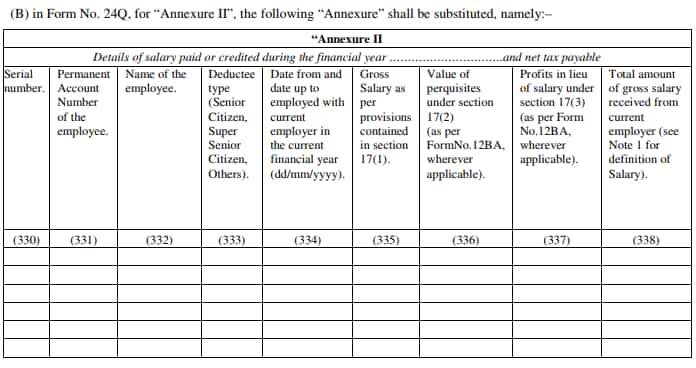 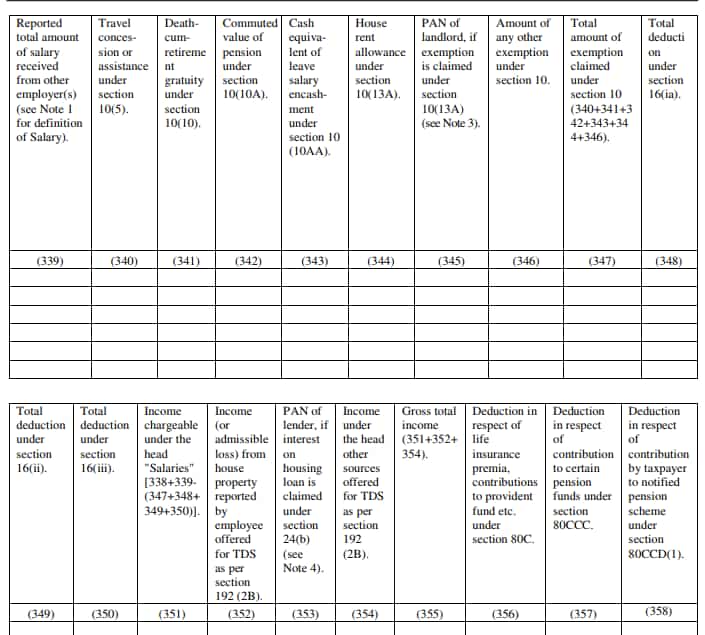 Take note that, if a employer doesn’t deduct TDS or deducts TDS at a lower rate, he or she will have to provide the reasons for such non-deduction or lower deduction.

CBDT highlights that, any contribution made by the Central Government to the account of the employee under a pension scheme referred to in section 80CCD or any other sums chargeable to income-tax under the head 'Salaries'. Profits in lieu of or in addition to any salary or wages including payments made at or in connection with termination of employment, advance of salary, any payment received in respect of any period of leave not availed (other than exempted under section 10 (10AA))

Where an employer deducts from the emoluments paid to an employee or pays on his behalf any contributions of that employee to any approved superannuation fund, all such deductions or payments should be included in the statement. It has to be noted that various details are similar in both the new Forms. They will come into effect from May 12, 2019. This will also be the last date for issuing of Form 16 in previous pattern. Hence, after May 12, anybody issuing Form 16 will have to do it in new Format.