Car, personal and home loans: Your EMIs set to hurt soon; here is why

Car, personal and home loans: Those who took car, personal, home loans are set to feel the pinch as their EMIs are going to rise 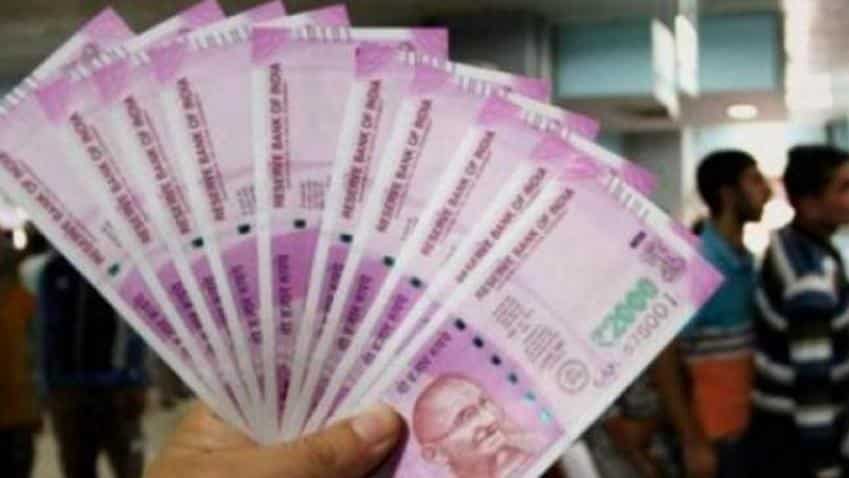 Car, personal and home loans: Even if an external benchmark is launched, the banks ask that the reset period should be linked to the tenor of the underlying external benchmark. Image source: Reuters
Written By: Pooja Jaiswar
RELATED NEWS

Car, personal and home loans: Both private and state-owned banks have decided to increase the benchmark lending rate MCLR in the range of 10 basis points to 20 basis points, despite RBI continuously guiding banks to pass on the benefit of seven-year low policy repo rate of 6%. The central bank has been dissatisfied with banks and so the regulator decided to harmonize the methodology of determining benchmark lending rates. However, banks are in no mood to lower rates, and looks like borrowers will suffer from this move by paying higher EMIs on their new personal, car or home loans.

It all started last week, with SBI increasing the marginal cost of funds based lending rate (MCLR) by 20 basis points to 8.15% from previous 7.95% for one-year tenure. This largest lender increased lending rate for the first time in one-year.

Another largest private lender HDFC Bank also did not shy away in doing so, as the bank raised MCLR by 10 basis points for one-year tenure to 8.30% from earlier 8.20%.

It is expected that other banks may soon follow the suit.

The MCLR hike scenario is not something new to analysts, as they had already predicted such situation to take place, when RBI decided to harmonize new regime in deciding the benchmark lending rates.

In past one-year, MCLR declined over 90 basis points, but the decline in WALR was just 76 basis points with much of the reduction being back-ended. 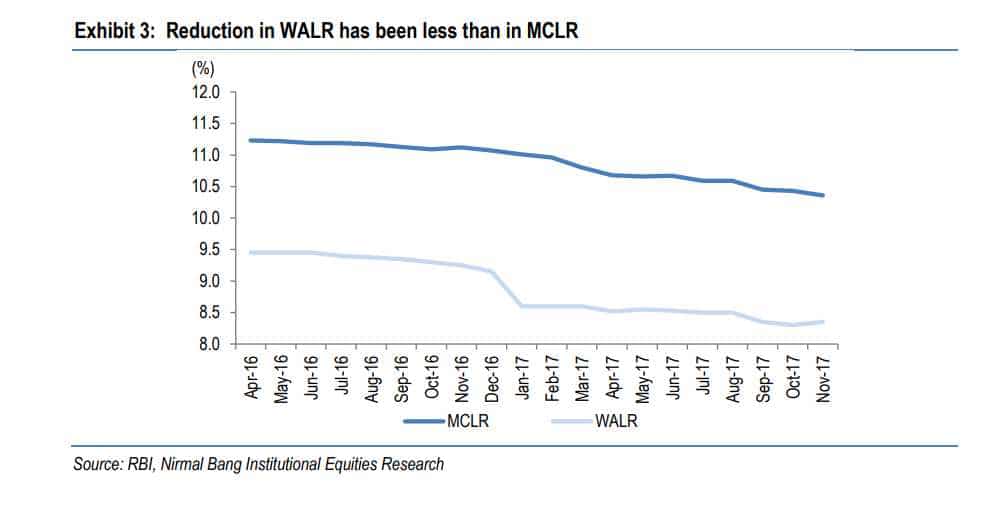 An RBI study revealed that every 100 basis point increase in borrowing cost lowers the investment rate by nearly 91 basis points.

Considering the use of internal benchmark such as the base rate and MCLR for pricing of loans by banks, RBI says, “has not resulted in satisfactory monetary transmission so far.”

The internal study group appointed by RBI laid out a list of factors that can be used for better lending rate mechanism.

As per the study group, there is a need to move to one of the three external benchmarks, viz, the treasury bill rate, the certificate of deposit (CD) rate and the RBI’s policy repo rate, which is outside the control of an individual bank from April 1, 2018.

There were many measures laid out by the study group like - decision on the spread over the external benchmark should be left entirely to the commercial judgment of banks. Also periodicity of resetting the interest rates by banks on all floating rate loans, retail as well as corporate, be reduced from once in a year to once in a quarter. Banks were also asked to migrate all existing loans linked to the BPLR/base rate to the MCLR if the borrowers choose to do so without any conversion fee or any other charges for switchover and on mutually agreed terms.

The Indian Bank Association and banks, in general, have expressed that the MCLR system is working well and that it should continue.

Together, they presented a case that loans of most Indian banks are funded primarily by retail deposits and not from the wholesale market as is the practice abroad. Hence, they added that if interest rates on deposits remain sticky, banks cannot lend at rates linked to an external benchmark which may change every day, unless they manage this interest rate risk well.

On reset period, the banks have opined the move. At present, by matching the reset period to the tenor of the MCLR (like one-year MCLR linked loans having one year reset period), banks address the interest rate risk in the banking book.

Banks have indicated to RBI that retail customers would resist a shorter (quarterly) reset, particularly in a rising interest rate cycle, because of the increase in equated monthly instalments (EMIs) or longer repayment period with uniform EMIs.

If we take into consideration the views of experts, EMIs on any form of loan would see an increase in future ahead.

It needs to be noted that, banks must maintain 4% CRR, while under MCLR, the lender can avail some allowance called Negative Carry on CRR. Then comes the operating cost, however, there are other expenses like  raising funds, opening branches, paying salary to its employees etc - which are not charged to customers lending rate. Lastly, comes in to picture discount or tenor premium. The reset period for the interest rate is called the tenor.

Thus a list of four factors are used for commuting bank’s MCLR rate which are then used to decide lending rates on loan for home, vehicle, personal or business.

While we end up paying higher EMIs on our loans, bank’s credit growth are expected to see some revival - which have been subdued since past few fiscal due to higher badloans.

They added, “Retail loans continue to stay robust, going up 4% YTD. As the festive season kicks in (part of it already through in Sep’17), we expect retail loans to pick up further pace.”