Budget 2019: One of the major distress points for the common man has always been income tax slabs. Yes, hike in tax slabs is the most-awaited announcement - if it happens, there is joy all around! 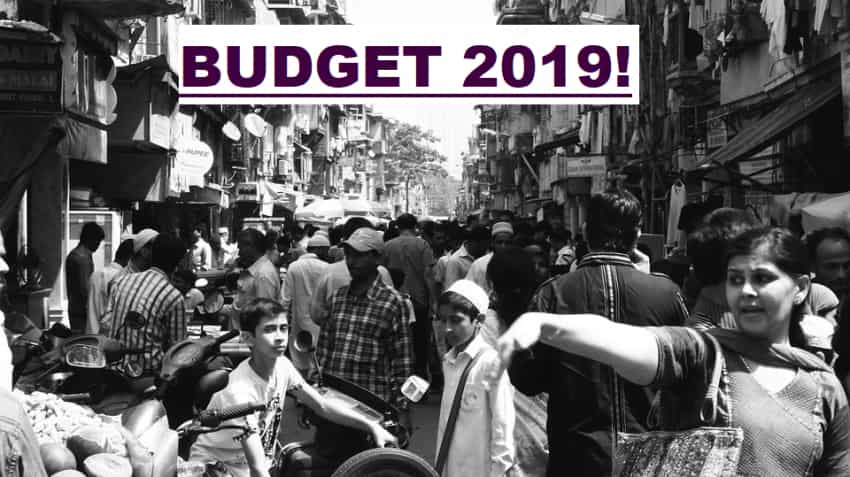 If we talk about citizens, then the first thought that comes in mind would be taxes that they pay. Photo: Pixabay

Budget 2019: A big opportunity for the NDA government before general elections 2019, is none other than Budget 2019. There is a saying, that if citizens are happy, your possibility for extending your rule jump remarkably! If we talk about citizens, then the first thought that comes in mind would be taxes that they pay. It is no mystery that every time a budget announcement takes place, expectations rise for a cut in personal taxes. Therefore, this Budget 2019 expectations are no different, because once again hopes are pinned for some relief in tax rates paid by individuals. But the real question is whether Prime Minister Narendra Modi led government has the bandwidth or opportunity to give joy in name of tax cuts to individuals in Budget 2019. Noticeably, income tax slab for individuals have been changed only once in four years of Modi-rule.

Shilan Shah, Senior India Economist at Capital Economics said, “The government will undoubtedly have an eye on the general election in its plans for the upcoming fiscal year (FY19/20) too. But it faces two major constraints. First, wholesale changes are rarely announced in interim budgets. And even if they were, the second constraint is that it needs to demonstrate some fiscal rectitude to markets.”

Shah adds, “With this in mind, election sweeteners in the budget are likely to be long term in their nature, or not pinned to a specific timeframe.”

This simply spotlights the opportunity for the NDA government in Budget 2019.

One of the major distress points for the common man has always been income tax slabs. Yes, hike in tax slabs is the most-awaited announcement - if it happens, there is joy all around!
Individuals below the age group of 60 years, are paying 5% tax rate on income between Rs 2.5 lakh to Rs 3 lakh. Whereas 20% tax is levied on income between Rs 5 lakh to Rs 10 lakh and 30% tax rate which is the higher bracket, is levied on income above Rs 10 lakh. Meanwhile, salary up to Rs 2.5 lakh is tax exempt.

The similar tax slabs are for senior citizens falling under the age group of 60 years to 80 years. However, the only difference is that they are free from taxes on their income up to Rs 3 lakh, which means 5% tax is levied on a salary between Rs 3 lakh to Rs 5 lakh.

On the other hand, senior citizens above the age group of 80 years, do not need to pay taxes on income below Rs 5 lakh. But 20% and 30% tax rate is levied on income between Rs 5 lakh to Rs 10 lakh and above Rs 10 lakh.

Majority of experts believr  that some relief in personal taxes can be a possibility in this Budget.

ICICI Securities says, “The direct tax collection growth rate at 18% in 2017-18 was the highest in the last seven years. It is anticipated that the growth rate in tax collection will be maintained for 2018-19 as well (up 16.5% YoY till November 2018). Similarly, the number for people filing tax return as well as tax paying assesses have also increased significantly.”

One of the major changes that is expected is in tax exemption limit of a salaried man. While ICICI expects exemption limit to be from Rs 2.5 lakh to Rs 5 lakh. This would mean any employee whose salary is below Rs 5 lakh will not have to pay any taxes. Currently, salary between Rs 2.5 lakh to Rs 5 lakh has a tax slab of 10% - this rate will get eliminated hence. However, the broking firm believes that such would be a difficult scenario as it entails higher revenue loss.

Meanwhile, CARE Rating expects the exemption limit to be Rs 3 lakh for a salaried employee. If this is the reality, then salary up to Rs 3 lakh will be tax free, and above Rs 3 lakh to Rs 5 lakh will have 10% tax rate.

Second bet is placed on standard deduction which allows individual a flat deduction of Rs 40,000 from his or her salary during filing income tax. This is expected to increase up to Rs 50,000 in this budget, as per CARE. Such is considered to provide relief to salaried class.

Third best expectation is under section 80C which currently allows individual to claim tax benefit up to Rs 1.5 lakh on investment made as per IT Act. Limit is believed to raise up to Rs 2 lakh, as per CARE and ICICI.

Another relief is expected for higher salaried class. Nirmal Bang expects an introduction of a 10% tax bracket for those with income in the range of Rs 500,000-Rs800,000. Currently, a 20% tax rate is levied on income from Rs 5 lakh to Rs 10 lakh.

At the same time, the Industry chamber CII also has requested for tax slab rate modification for individual taxpayers. They have suggested a 30% tax rate should apply only to those earning Rs. 20 lakhs plus annually. Currently, the 30% tax rate applies to people earning Rs. 10 lakhs and above.

Teresa John, Research Analysts at Nirmal Bang said, “Some of the recent announcements such as the 10% reservation in education and government jobs for economically weaker sections were explicitly targeted at the middle class.”

Two more expectations were highlighted by analysts at Prabhudas Lilladher. Firstly, decrease in tax rate to 10% on short term capital gain on sale of listed shares or units of equity oriented fund. This short term capital gain has been pitched even previous Budget, however, the finance ministry surprised experts and markets by bringing back the long term capital gains on equities. In upcoming budget, if a reduction in STCG is in picture, then this will help retail investors to book profit at early stages and pay lower taxes at the same time. Earlier, if you sold your investment in equities before 1 to 3 years, then they fell under STCG which was levied up to 15%.

Further would  be to set off of losses from House property against income under other heads beyond the existing limit of Rs 2 lakhs.

To be honest, its a long list of expectations and one can hope that not all will be fulfilled by the government as the country’s revenue goes for a toss. Direct tax collections have been among major revenue give to the Indian government. As on December 2018, direct tax collection was at Rs. 8.74 lakh crore which is 14.1% higher on yearly basis. Personal tax collection grew by 14.8% excluding STT. For FY19, the budget target was set at Rs 11.50 lakh crore in previous budget.

In ICICI’s view, given the high growth, increasing demand from salaried & middle class for tax rationalisation and to encourage compliance, direct tax concessions in the form of raising basic tax exemption limit or raising standard deduction for salaried class could be considered.

However, shrugging off hopes, analysts at Motilal Oswal said, “Personal income taxes have been one of the bright spots from the tax collection perspective. The Centre is unlikely to provide significant relief to these two classes, although some changes cannot be ruled out.”

Therefore, whether this Budget 2019 belongs to common man will be keenly watched. One should not lose hope, as some reforms can be expected which will make savings on taxes big, however not every wish will  come true.