Because of idle gold lying at home of citizens, the government came up with the gold monetisation scheme in various forms - gold dematerialization, sovereign gold bonds and even gold deposit scheme. 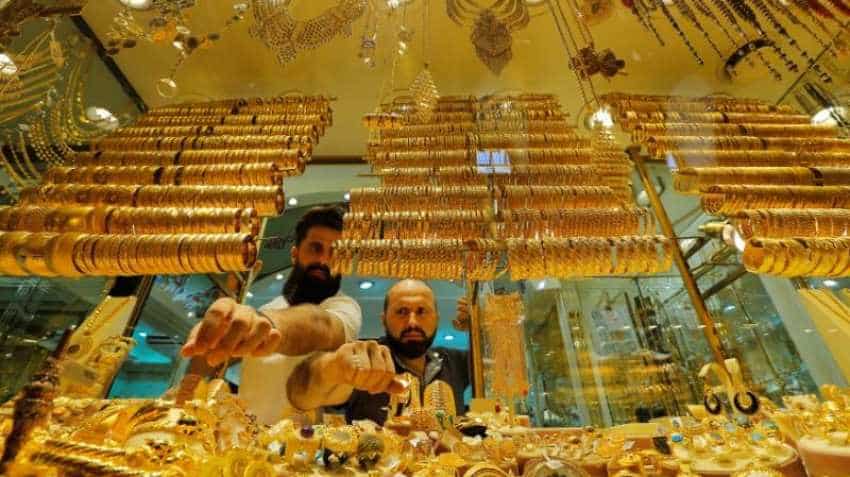 With the Budget 2019 just two days away, looks like a big movement can be expected in regards to gold deposit scheme. Photo: Reuters
Written By: Pooja Jaiswar
Edited By: Harish Dugh
RELATED NEWS

Be it any festival or marriage or just celebration, gold has always been among the most valued options for an Indian citizen. Gold is bought as an investment, however, almost no one looks to sell it for a gain. However, everything has its own pros and cons and so does gold! For instance, this yellow metal is considered as a component of wealth tax. And as per the Income Tax guidelines, if the wealth with an individual or HUF exceeds Rs 30 lakh, then 1% tax rate is levied on the amount exceeding. Considering many use gold or jewelry only on big occasions, the precious metal generally ends up lying idle in the back of one's cupboard or in a bank locker. Because of idle gold, the government came up with gold monetisation scheme - gold dematerialization, sovereign gold bonds and even gold deposit scheme.

With the Budget 2019 just two days away, looks like a big movement can be expected in regards to gold deposit scheme from Finance Minister Nirmala Sitharaman.

This was launched with a purpose to help citizens earn interest on their idle gold. Also, to mobilise it and put it to productive use in the country.

Anyone is eligible for this investment like individuals either single or jointly; proprietorship & partnerships firms;  Hindu Undivided Family (HUF);  trusts such as mutual funds, exchange traded funds (ETFs) who are registered under SEBI; companies; charitable institutions; central government; state government; or any other entity owned by both central or state government.

It needs to be noted that, if a customer opts STBD tenure then interest rates will be decided by banks which may vary from lender to lender. However, in case of MTGD and LTGD, interest earned would be 2.25% and 2.50% per annum.

Among major advantages of gold deposit scheme is that, it earnings gained from depositing idle yellow metal are exempted from income tax, capital gains tax and wealth tax. Not only that, as gold is a highly valued asset opting for bank lockers can be expensive, by opting this scheme you not only secure your gold with bank but also earn interest. However, on redemption one can take either cash or gold.

That said, expert at ICICI Securities in their note stated that, the government may consider to make gold deposit scheme mandatory for institutions in India. Same is predicted for even gold dematerialization.

The note said, “Government’s efforts on monetising Indian households mammoth gold reserves of 25000 tonnes have yet been less fruitful. The potential value of these reserves is pegged at Rs 80 lakh crore ($1140) at Rs 330000 per kg and forms 40% of India’s nominal GDP. RBI holds 608 tonnes of gold and large temples in India are estimated to hold 4000 tonnes of gold.” Further, it added, “Gold exchange-traded funds (ETFs) and sovereign gold bonds (SGBs) have failed to take off in a big way as the fact remains that gold in India is not seen as just an investment avenue but holds an auspicious and emotional value.”

Hence, the note said, “Government may improve their gold monetisation schemes. They may look forward to make Gold deposit scheme or Gold dematerialization mandatory for institutions in India. Institutions need not hold physical gold. Banks can become instrumental to implement these measures aggressively. Monetisation essentially involves transferring household gold into the financial system. Once there, this gold can be recycled, thereby reducing imports of gold into India while continuing to satisfy demand.”