In the interim Budget 2019, the then interim FM Piyush Goyal raised the bar of expectations of taxpayers with a host of tax rebates. 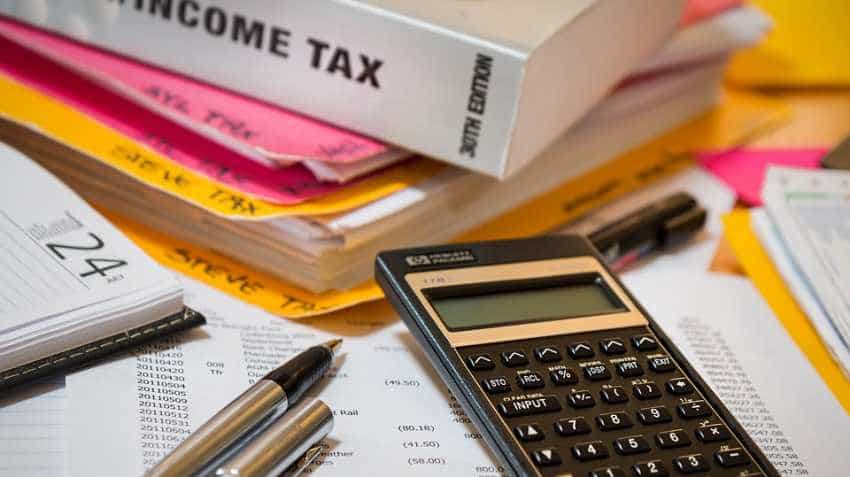 A lot can be expected in this final budget, especially considering exciting announcements made in the interim one for taxpayers. Photo: Pixabay

One of the major reliefs a common man who pays taxes desires would be about reduction in income tax rates or some rebate that can help reduce the burden on the amount that is paid to the Income-Tax department. The NDA government has taken possible some measures in bringing relief to taxpayers. For instance, in the interim Budget 2019, the then interim FM Piyush Goyal announced some major changes on personal income tax, and raising the standard deduction limit from Rs 40,000 to Rs 50,000. Then, tax rebate for Rs 5 lakh income category was announced under section 87A. Now under this section of the Income Tax Act, a taxpayer earning up to Rs 5 lakh, will have tax relief of Rs 12,500. Apart from this, Goyal also opened the gate for more tax reliefs for income class above Rs 5 lakh. He announced that, income above Rs 6.5 lakh, will also be free of taxes as well, if they make investments in government schemes. However, notably, more clarity is still needed in the Rs 6.5 lakh tax relief case.

A lot can be expected in this final budget, especially considering exciting announcements made in the interim one for taxpayers.

Talking about Budget 2019 expectation, Archit Gupta, Founder & CEO ClearTax said, "The interim budget presented in February 2019 gave some relief to middle and lower income class of taxpayers. Post the interim budget, the Prime Minister had promised more sops and benefits in the full-fledged budget for 2019 after being elected to power. With the government being re-elected to power, the mandate is accompanied with a lot of expectations from all the segments of taxpayers."

Gupta added, "The government is faced with a slowing economy, falling private consumption, piled up inventories and lower capacity utilisation. The focus of the government should be on encouraging investment activity in the economy and consumer demand."

According to the ClearTax Founder, the government may consider to channelise additional funds in the hands of taxpayers. In simple words, let more money stay with taxpayers, by introducing various reliefs in regards to income tax.

Firstly, let’s understand how much you pay to the Income Tax department. For male and female individuals below the age of 60 years, there are no taxes for salary up to Rs 2.5 lakh. Further, 5% tax rate is levied for earnings between Rs 2,50,001 to Rs 5 lakh.

Earlier, explaining about tax rebate of up to Rs 5 lakh, Gupta said, “Those with income exceeding Rs 5L will pay tax on income between Rs 2.5L-5L @ 5% as before. Taxpayers with total income not in excess of Rs 5L will be offered rebate of zero tax via section 87A.” This means, Rs 12,500 will be the taxable amount between Rs 2,50,001 to Rs 5 lakh implying section 87A.

Going forward, if the taxpayer is earning between Rs 5,00,001 to Rs 10 lakh, then the tax slab is set at 20%, while above Rs 10 lakh income a taxpayer has to pay 30% rate to the department. Notably, there is an additional 4% tax levied as health and education cess apart from tax rates.

Meanwhile, senior citizens who are above 60 years of age but below 80 years, are paying 5% tax rate on income from Rs 3 lakh to Rs 5 lakh, while 20% rate between Rs 5 lakh to Rs 10 lakh and above Rs 10 lakh the tax rate is set at 30%. Here, there are no taxes levied income below Rs 3 lakh. Additional 4% health and education cess is applicable.

On the other hand, very senior citizens who are above the age of 80 years, are paying 20% tax on income between Rs 5 lakh to Rs 10 lakh, while 30% is here for income above Rs 10 lakh. These taxpayers do not have to pay any taxes on income below Rs 5 lakh.

For the full budget, Gupta says, “On  the personal income tax front, the government should focus on putting more money in the hands of the taxpayer. Looking at the present slab rates, one would notice a steep jump from 5% tax slab to the 20% slab for income above Rs 5 Lakh. There is a need to  rationalise the slabs for the 5% to 20% category to have stable and steady income tax rates. A 10% slab could be introduced for income in the range of Rs 5 Lakh to Rs 7.5 Lakh. And, the 20% slab could be fixed for the range of Rs 7.5 Lakh to Rs 15 Lakh.”

Also, Gupta says, “More money in the hands of the taxpayers would help in shoring up demand in the economy and pushing up the sales of consumer goods. The Reserve Bank of India is also focused on making loans affordable and putting more money in the pockets of the consumer. The RBI has cut the repo rate to 5.75%, which now stands at its nine-year low since July 2010. The rate cuts are focused on lowering the bank lending rates and infusing liquidity in the economy, to ramp up the demand in the economy. The rate cuts would enable corporates/enterprises to raise funds at low-interest rates.”

Whether there is an introduction of 10% tax rate and enhancement in income categorization is uncertain, but surely, taxpayers will be keenly watching and listening to what FM Sitharaman says on Budget 2019 day.