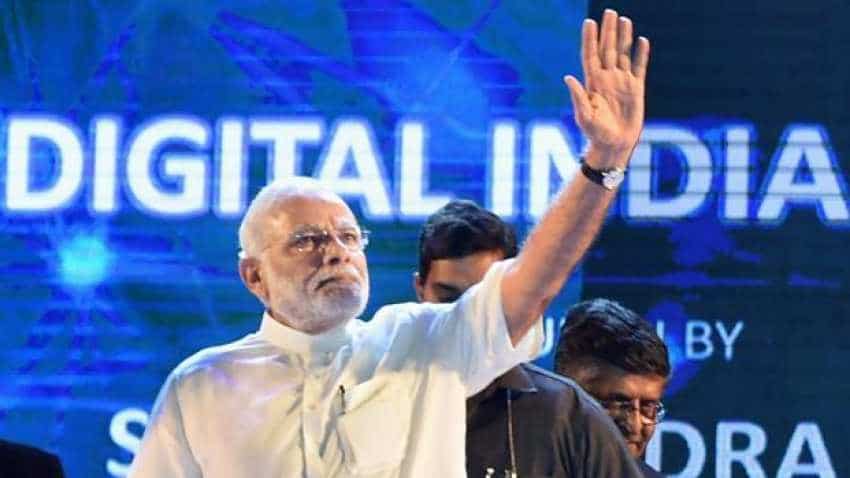 GOOD NEWS for MSMEs! Opportunity to ADOPT own domain at 30 per cent DISCOUNT, offer VALID till THIS DATE - check all details here

PM-SVANidhi Scheme for street vendors: COLLATERAL FREE working capital LOAN - check how to apply online and all other details here

Boost to Digital Payments: The Union Minister for Communications, Electronics & IT and Law & Justice Ravi Shankar Prasad on September 9 announced the rollout of Aadhaar Enabled Payment System (AePS) Services by India Post Payments Bank (IPPB), giving a strong boost to its efforts in expanding access to financial services for millions of unbanked and underbanked customers. He was speaking at the First Anniversary of IPPB’s full year of business operations at a glittering ceremony organized at Vigyan Bhawan, New Delhi. Other dignitaries present on the occasion included Anant Narayan Nanda, Secretary, Department of Posts, Ministry of Communications; and Suresh Sethi, MD & CEO, India Post Payments Bank along with senior Ministry, DoP and IPPB officials. With the launch of AEPS services, IPPB has now become the single largest platform in the country for providing interoperable banking services to the customers of ANY BANK by leveraging the last mile unprecedented reach of the Postal network.

Speaking about the launch of AePS services, Ravi Shankar Prasad, Union Minister for Communications, Electronics & IT and Law & Justice said, “As the biggest Financial Inclusion initiative in the world, Pradhan Mantri Jan Dhan Yojana brought millions into the economic mainstream. There are over 34 crore Jan Dhan accounts out of which 22 crore account holders are in rural India. With IPPB’s AePS Services, we now have the ability to provide Interoperable doorstep banking services to customers of ANY BANK including the 34 crore Jan Dhan account holders, by leveraging the unprecedented last mile reach of IPPB. This fulfills the Prime Minister Narendra Modi’s vision set forth at the time of launch of IPPB last year of ushering in economic transformation by bringing banks to the doorsteps of the villagers and poor. I wish IPPB and its management all the success in its future growth journey.”

AePS network brings doorstep banking access to underbanked customers and gives a fresh impetus to financial inclusion. Photo: Reuters AN Nanda, Secretary, Department of Posts said, “It has been our belief that financial and banking services have a transformational impact on the lives of people and communities. For a significant majority of these people, the Postman and Grameen Dak Sevak (GDS) are the most important channel for delivery of various financial services at the last mile, making India Post Payments Bank the most accessible, affordable and trusted bank for them. The launch of AePS by India Post Payments Bank enhances the last mile interoperable banking infrastructure by 2.5 times. The network brings doorstep banking access to millions of underbanked customers and gives a fresh impetus to the inclusion of customers facing accessibility challenges in the traditional banking ecosystem.”

Suresh Sethi, Managing Director & CEO, India Post Payments Bank said, “With the launch of AePS services IPPB has now become the single largest interoperable platform in the country. By leveraging AePS customers can now access their accounts with ANY BANK by simply using their fingerprint for cash withdrawal and balance inquiry right at their doorstep through the Postmen and GDS. IPPB’s services are now available across more than 136,000 Post Offices and delivered by over 195,000 Postmen and GDSs. The ability of the Postmen and GDS to reach every village on an almost daily basis has brought down the distance to access banking services to ‘0 kms', truly capturing the essence of Aapka Bank, Aapke Dwaar.”

Dilip Asbe, Managing Director & CEO, National Payments Corporation of India said, “IPPB’s integration with AePS could be a new dawn in the realm of financial inclusion. AePS is moving forward in empowering all sections of the society by making financial services available to people from the farthest possible places. August 2019, transaction value of AePS stood at Rs. 10,034.12 crore; it is a testimony of the fact that India is using AePS in a big way for banking services. We believe the support of IPPB’s unmatched reach of Postal network along with the trust and social collateral it enjoys, will create new inroads into furthering RBI and government of India’s vision.”

IPPB’s unparalleled network complemented with robust interoperable technology platform set up by National Payments Corporation of India (NPCI) is poised to take banking to each & every household across the remotest parts of the country. With AePS services any common person with a bank account linked to Aadhaar can perform basic banking services such as cash withdrawals and balance inquiry irrespective of the bank they hold their account with. To avail these services, a customer with an Aadhaar linked account can simply authenticate his/her identity with fingerprint scan & Aadhaar authentication to complete a transaction. AePS services are bank-agnostic and are driven by an inexpensive infrastructure enabling low-cost delivery of doorstep banking services to every section of the society without discrimination, thus bringing forth the dawn of a ‘Truly Inclusive Financial System’.

GOOD NEWS for MSMEs! Opportunity to ADOPT own domain at 30 per cent DISCOUNT, offer VALID till THIS DATE - check all details here

PM-SVANidhi Scheme for street vendors: COLLATERAL FREE working capital LOAN - check how to apply online and all other details here