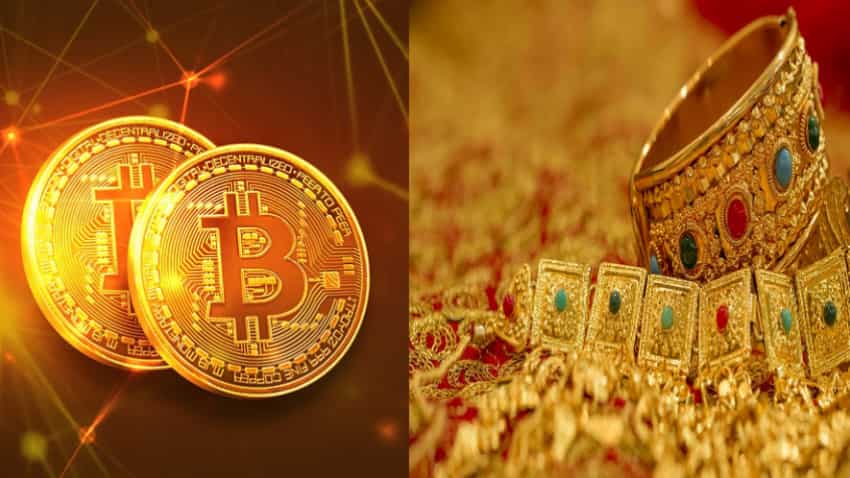 Bitcoin vs Gold: After the recent volatility in the stock market, especially in the last months or so, people have started to increasingly look at gold as a safe haven investment. Photo: Pixabay

Bitcoin vs Gold: After the recent volatility in the stock market, especially in the last months or so, people have started to increasingly look at gold as a safe haven investment. But, in the meantime, cryptocurrency or Bitcoin investment too has risen up suddenly. According to market experts, Bitcoin was highly volatile even when the stock markets were rising before Covid 19 pandemic. So, is Bitcoin better as an investment? In current circumstances, experts say it's gold that scores over Cryptocurrency or its popular form Bitcoin. Reason is that gold investment has proper regulation while investment in Bitcoin is not regulated at all. Also, its high volatility make it non-suitable even for those who have invested in it earlier.

Speaking on Bitcoin vs Gold; Garrick Hileman, Head of Research at Blockchain.com said, "For an investor comparing bitcoin and gold, the increasing ownership of gold by central banks and governments marks a potentially crucial distinction. Interestingly, the fundamental physical-digital difference highlights some interesting advantages and trade-offs, between gold and bitcoin. From an investors perspective, the one who owns pure digital assets such as bitcoin (BTC) as a hard asset they should also consider gold." However, he said, main concerns often expressed around bitcoin is its extraordinary volatility relative to gold and other financial assets. While it is true that bitcoin is substantially more volatile than gold and most other currencies and financial assets, outsized volatility is not always a disadvantage. Overall, outsized volatility has played a positive role to date in the growth of cryptocurrency use and adoption.

"While gold gains added legitimacy from central bank ownership, it also arguably makes it much more likely that gold would be prioritized over bitcoin in any future new monetary system.Bitcoin is entirely digital. In contrast to this, gold is one of the just over one hundred fundamental chemical elements that form the primary constituents of matter and cannot be broken down into simpler substances," said Garrick Hileman.

Warning small investors about Bitcoin, Anuj Gupta, Deputy Vice President — Currency and Commodity trade at Angel Broking said, "Bitcoin is highly volatile and it's not suitable for small investors. In fact, Bitcoin trade is not governed by any authorised regulator as in the case of gold. So, it's better to avoid Bitcoin."

So, in current times, it's gold which is more suitable for investment and Bitcoin is non-suitable even for those investors who have earlier made investment in this virtual currency.