Moving the bill for consideration and passage, Minister of State for Finance Shiv Pratap Shukla said presently over 16 lakh cases of cheque bounce are pending in subordinate courts. Moreover, 34,000 such cases have gone to the high courts following appeal. 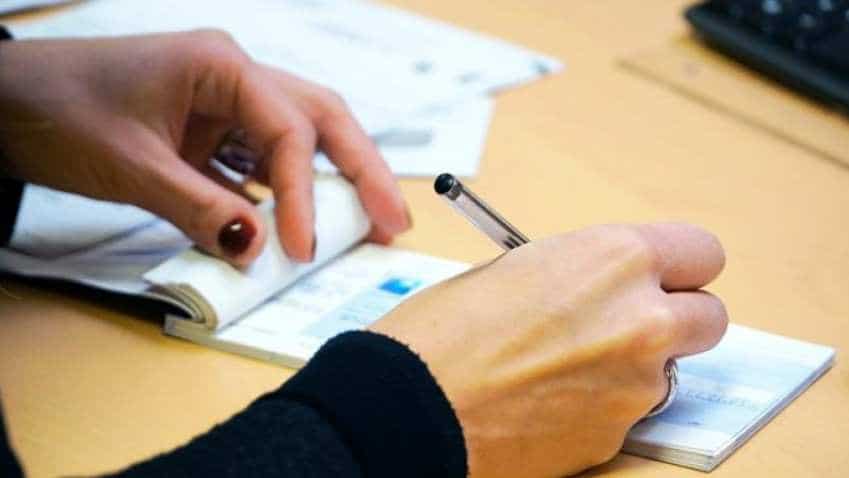 The latest amendments aims to insert Section 143A and Section 148 in the Act. Image source: Pixabay
Written By: PTI
RELATED NEWS

Cheque bounce case: This man convicted to be jailed for 15 months

Parliament on Thursday passed a bill aiming at allowing a court to try offences related to cheque bounce expeditiously and direct the drawee to pay a minimum of 20 per cent of the cheque amount as interim compensation.

The Negotiable Instruments (Amendment) Bill, 2018, which was passed in the Lok Sabha on July 23, was passed by the Rajya Sabha by a voice vote.

Moving the bill for consideration and passage, Minister of State for Finance Shiv Pratap Shukla said presently over 16 lakh cases of cheque bounce are pending in subordinate courts. Moreover, 34,000 such cases have gone to the high courts following appeal.

"We have brought the amendments to ensure that people have trust and faith on issuing cheques," the Minister said, adding that 1881 law on negotiable instruments has been amended from time to time.

The latest amendments aims to insert Section 143A and Section 148 in the Act to provide that a court trying a cheque bounce offence under Section 138 may order the drawer of the cheque to pay interim compensation to the complainant.

If the drawer is acquitted, the court may direct the payee to repay the amount paid as interim compensation with interest.

Cutting across the party line, members of opposition parties including Congress supported the bill but suggested stringent penalties to curb cheque payment defaults.

They said the government should come out with laws like in France and the UAE where a person who defaults on cheque payments is barred from issuing a cheque for five years. This has proved to be an effective deterrent in these countries, they said.

Participating in the debate on the bill, Congress leader Madhusudan Mistry said the penalty proposed was not that deterrent to curb fraudulent practices.

A Navneethakrishnana (AIADMK) said the bill allows a court to try an offence and direct the drawer to pay 20 per cent of the cheque amount as interim compensation to the complainant. "20 per cent payment is not good and not sustainable."

Manish Gupta (TMC) said the amendments will not have any great impact but a step towards improvement.

"Payment of 20 per cent of the cheque amount as interim compensation is not sufficient. It should be 30-40 per cent," he said, adding there was a need to identify the cause of pendency of cases in courts.

Gupta also suggested the need for a role of the regulator RBI in curbing cheque bounce cases.

He also demanded that cheque payment default should be made a non-bailable offence.

Opposing the bill, K Somaprasad (CPI-M) said about 18 lakh cheque bounce cases are pending in the country in various courts and speedy disposal is essential. "How can there be speedy disposal of cases without adequate judicial staff?"

Ramkumar Kashyap (Ind) also stressed on making cheque bounce a non-bailable offence and increasing the jail term from 2 to 4 years. He said that issuing blank cheque should also be considered a crime.

V Vijaysai Reddy (YSRCP) said that fixing interim compensation will not solve the purpose and there was a need give more powers the court.

K C Ramamurthy (Cong) stressed on reducing the pendency of cases in courts saying these will not come down unless there is a strong deterrence. In Karnataka, 3 lakh cases out 7 lakh criminal cases are related to cheque bounce.

"The bill provides a piece meal solution," he said and suggested that the compensation amount be raised and a time fixed for disposal of cases.

While Vandana Chauhan of NCP said that provisions of awarding the interim compensation of 20 per cent even without being heard is against the principles of natural justice, Binoy Viswam (CPI-M) said this amendment was not a panacea .

"The bill has presumption that drawee is wrong and payee is right, which is not good. In some cases payee are also culprit," Viswam said.

Cheque bounce case: This man convicted to be jailed for 15 months