When a rate cut takes place, one can expect EMIs on a home loan to become cheaper as it involves floating interest rate which is linked to the movement of policy repo rate. 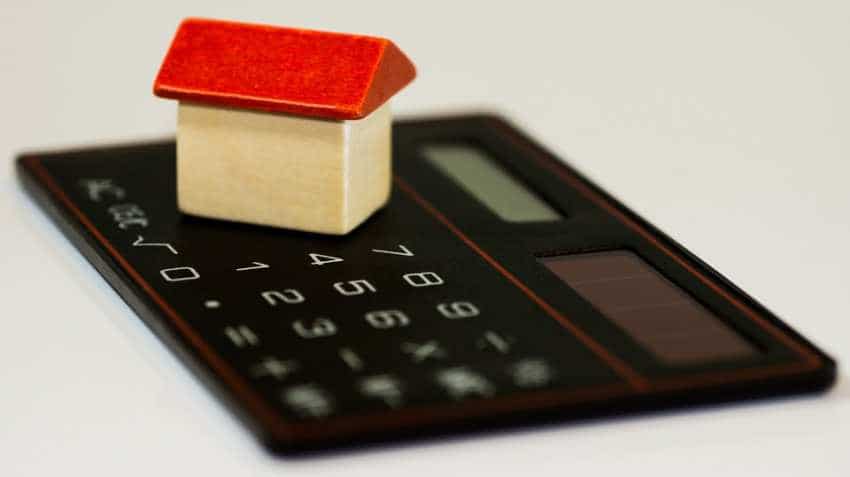 Even though India’s inflation has picked up, experts have still not ruled out a rate cut picture for RBI’s upcoming monetary policy. Photo: Pixabay
Written By: ZeeBiz WebTeam
RELATED NEWS

RBI Rate Cut: India’s both inflation indicator namely CPI and WPI have risen in the latest month of February 2019, however, the latter has witnessed uptrend at a slower pace compared to the former. But, even though India’s inflation has picked up, experts have still not ruled out a rate cut picture for RBI’s upcoming monetary policy. In fact, they believe a rate cut will be the most likely scenario in April 2019, where FY19’s first monetary policy will be presented by RBI governor Shaktikanta Das and MPC members. Well if a rate cut is an ideal situation, then for home loan borrowers this is massive good news. When a rate cut takes place, one can expect EMIs on home loan to become cheaper as it involves floating interest rate which is linked to movement of policy repo rate.

Sujan Hajra, Chief Economist at Anand Rathi said, “Despite a modest, 2.9%, rise in Feb’19 vs. 2.8% the month prior, WPI inflation remained low and moved toward CPI inflation during the month. The divergence of CPI and WPI inflation (5.1% and 2.9%) show high services and low manufactured-product prices. There is little ambiguity about the likelihood of a rate cut b y the RBI at its forthcoming policy meet.”

Hajra adds, “The trends in WPI and CPI show generally subdued price levels, with the headline WPI and CPI inflation rates nearly converging converging. The core CPI and WPI, however however, are moving apart, with the former rising and the latter falling falling, indicating subdued manufactured-product prices but high and rising services inflation.”

source: tradingeconomics.com
Similarly, Upasna Bhardwaj, Suvodeep Rakshit and Avijit Puri analysts at Kotak Institutional Equities said, “Despite firming marginally, CPI inflation remains well within the RBI’s target of 4%. The inflation readings have been within the RBI’s comfort zone for the past seven months and are likely to remain so in the near term given the muted inflation-growth dynamics. We continue to believe that the MPC would cut the repo rate by 25 bps in April.”

The trio added, “With inflationary expectations continuing to fall and with the opening up of the output gap, we do not rule out further rate cuts given our expectations of sub-4% inflation till October 2019. Upside risks could, however, emanate from volatility in food and fuel prices, monsoons, fiscal slippages and an elevated and sticky core inflation.”

How does rate cut impact your home loan?

When repo rate is low, this should mean low-cost loans in general. The time RBI cuts repo rate, banks are expected to lower their interest rates charged to customers on their borrowings. Only this was that simple. Banks decide lending rates on a benchmark named MCLR - which is a boundary saying loan interest rate should not be higher than this benchmark.

If cost of funds is lower, this gives room to banks in passing on the benefit of repo rate to customers.

That said, ideally, your EMIs should come down on home loan.

What can be expected on your home loan?

Recently, largest lender State Bank of India (SBI) made an extraordinary move,  by linking its short term loans like cash credit and overdraft above Rs 1 lakh with policy repo rate. This makes interest rate a customer pays for these loans cheaper.

Many banks are expected to follow SBI’s method of linking policy repo rate with their loan portfolios. However, when that would be keenly watched. Interestingly, even if a rate cut is on table in upcoming policy, the real question is whether banks will nudge in the same way.

Harja says, “With the subdued growth outlook (GDP Q3FY19, guidance for GDP Q4FY19 and FY19, IIP since Nov’18) and moderate inflation (both CPI and WPI), the RBI does not seem to have any major reason not to cut the policy rate a gain during its next meeting. We think that the relevant question is whether the bank would cut the rate b y more than 25 bps.”

Well how does lending rates move ahead from April 2019 month, will something a borrower eye for, especially whether banks really do chose to link retail loans like home loan, personal loan and car loan with external benchmark.