Akshaya Tritiya: Not just gold, this fruit too is set to turn very pricey

On Akshaya Tritiya, while citizens are busy purchasing physical gold on the occasion they make sure mangoes are also purchased for enjoying the festival with family, friends and relatives. 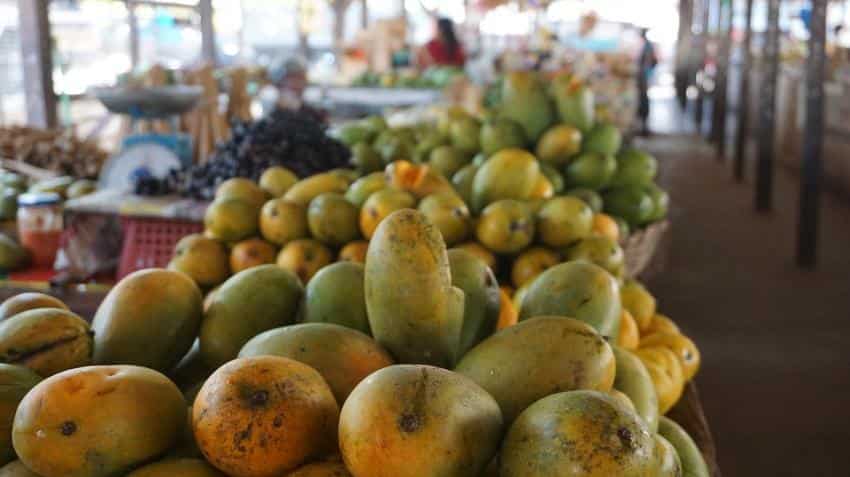 People from different regions in India will be celebrating Akshaya Tritiya on April 18. During this period, demand for gold particularly physical gold in the form of jewellery, bars and coins usually witness a rise. Interestingly, it’s not just gold which will witness an increase in its  valuation, the price of the king of fruits, mango will also see a rise during this occasion. Especially Maharashtra will see some major rise in the fruit during the festival. Reason? No, it is not connected to its yellow colour, it is just that many use this fruit as a special delicacy, in various forms, during the festival.

Mango plays a major role for Indians during the occasion as the public uses the fruit for Puja (worship). Also Aam Ras is made out of mangoes and served to guests in heavy amounts. There is a special delicacy prepared on this day called Mango daal and raw mango panha are served to guests.

Thus, even as citizens are busy purchasing physical gold on this special occasion, they make sure mangoes are also purchased to enjoy the festival with family, friends and relatives.

In India, the mango season usually arrives during spring which is from last week of March. However, it was only last week in April, when many varieties of mangoes made their entry in different regions of India. The season usually lasts up until first week of August every year.

Recent reports are suggesting that price of Mangoes are set to rise by nearly 30%. As per Times of India report, unprecedented rainfall, hailstorm and dust storms have adversely affected the crop since there has been a drop of 40% in its production in Gujarat, Aandhra Pradesh and Uttar Pradesh.

Abdul Majjid, a wholesale Mango trader at the Mohana Mandi of Jaipur said in the report, "There is almost 30% drop in the supply of Mangoes this year. Poor weather in northern India, some parts of Maharashtra and southern India has badly affected the Mango crop. In retail, no wonder prices are 30 percent higher compared to previous years."

Due to the weather in Mumbai, the most famous ‘Haapus’ or in other words Alphonso mangoes have become very expensive. According to Agriculture Produce Market Committee (APMC) ,Vashi traders, currently one box of Alphonso is being sold at the rate of Rs 6000 to Rs 7000.

"Lower quality of Alphonso five dozen box is sold at Rs.4000-Rs.5000. There are various seasons of mango production. This is the December production and it will go on until May end. The recent weather conditions have badly impacted the production and supply," said Sanjay Pansare, wholesale trader at APMC, Vashi in DNA report.

Also you can check Indiamart.com, which compiles daily prices of mangoes from various companies that offer the fruit in different regions.

In Mumbai 1 dozen mangoes are sold between Rs 500 to Rs 1000, depending upon the type of mangoes being purchased.

Akshaya Tritiya also known as Akha Teej is an auspicious and holy day for Hindu communities. The occasion falls during Shukla Paksha Tritiya in the month of Vaishakha. Akshaya Tritiya comes on a Rohini Nakshatra day with Wednesday being considered very auspicious.