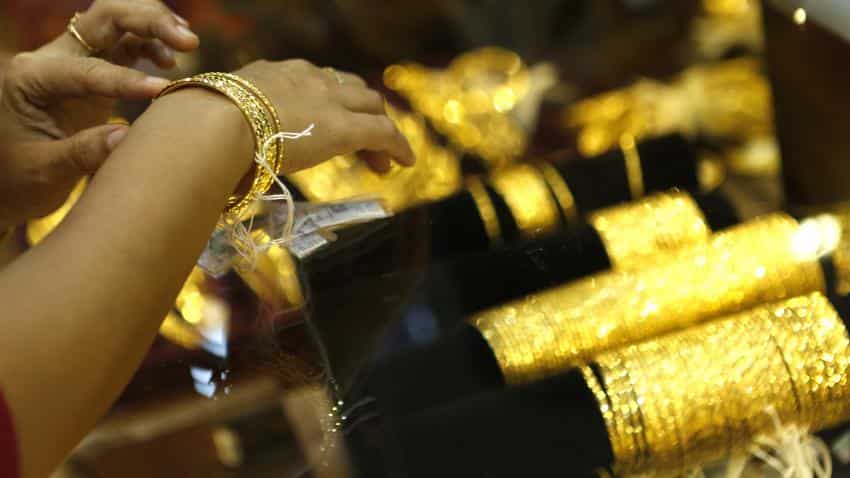 Gold buying alert for Dhanteras, Diwali! Get discount on yellow metal - All you need to know

Indians needs no reason to celebrate a festival and buy gold. But, this time there is one big reason for celebration, i.e. Akshaya Tritiya.

Following the traditions, Akshaya Tritiya is considered as an auspicious festival to buy gold.

To bring change in the trend, the government has been pushing for paper gold from quite some time instead of physical gold.

The Reserve Bank of India on Monday announced the opening of Sovereign Gold Bond Scheme (SGBS) 2017-18 - Series I for subscription for the period of four days.

To promote the paper gold on the sidelines of the festival, the RBI will be giving an additional discount of Rs 50.

The nominal value of the bond based on the simple average closing price (published by the India Bullion and Jewellers Association Ltd (IBJA)) for gold of 999 purity of the week preceding the subscription period, i.e. April 17-21, 2017 works out to Rs 2951 per gram.

"Government of India, in consultation with the Reserve Bank of India, has decided to offer a discount of Rs 50 per gram on the nominal value of the Sovereign Gold Bond. Hence, the issue price of Gold Bond for this tranche has been fixed at Rs 2901.

The scheme was launched in November 2015 at an issue price of Rs 3,119 crore per gram of gold. SGBs are government bonds or securities denominated in grams of gold, which are issued by RBI on behalf of Government of India.

Since then, the government has been launching the bonds in tranches.

Some people depend on gold hoping it will rescue them in difficult times. But those who accumulate gold jewellery end up paying a higher price for it. This is because they pay for the cost of craftsmanship as well. Also, physical gold must be kept safely.

Commenting on the investing in SGBs over the physical gold, Archit Gupta, Founder & CEO ClearTax.com, said, "If you are interested in gold as an investment, invest in Gold ETFs or the Sovereign gold bonds. These bonds are certainly a better choice as compared to physical gold. The value of your investment rises with rise in price of gold. Plus you don’t need to worry about keeping it safe. There is higher liquidity too, since these are traded on stock exchanges."

The rules are tightening around gold jewellery purchase. And it is time to embrace digital means of payment. Investors must consider benefits of buying digital gold, Gupta added.

So, this festive season choose wisely and keep investing!

Gold buying alert for Dhanteras, Diwali! Get discount on yellow metal - All you need to know