Akshaya Tritiya:  Gold usually sees massive rise in demand on this day every year either in the form of jewellery or coins. 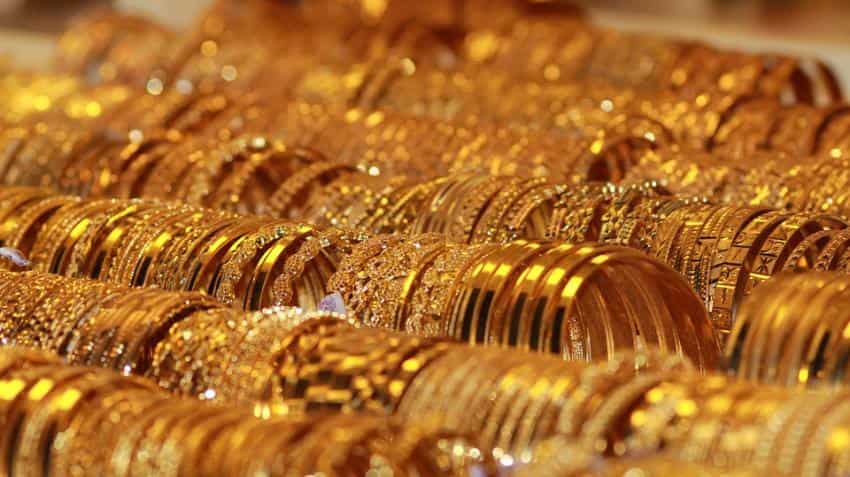 Akshaya Tritiya:  Indians wait eagerly for an auspicious occasion to roll by in order to purchase gold. The yellow metal turns virtually into a magnet on such occasions be it Diwali or even Raksha Bandhan. Indians always find a way to celebrate festivals with a touch of gold. One such festival is Akshaya Tritiya and this fest is right around the corner. People from different regions in India will be celebrating Akshaya Tritiya on April 18. During this period, demand for gold particularly physical gold in the form of jewellery, bars and coins usually witnesses a rise.

Traditionally investors in India purchased gold in physical form, which along with real estate forms a big portion of country’s household savings. However, they tend to forget a list of additional costs (for example storage costs) that is latched to the purchase of physical gold from the investment perspective.

As per a BankBazaar report, the country has gold reserves of over 550 tonnes, while the total gold in the country is estimated to be over 20,000 tonnes.

Generally, prices of yellow metal trend on higher note during this day, as demand increases from both buyers and retailers. In this week, both 24 karat gold and 22 karat gold in 10 gram has surged to over Rs 32,000-mark and Rs 30,000-level respectively.

Despite the expensive yellow metal, jewellers are very optimistic on the demand of gold this Akshaya Tritiya, as they expect nearly 20% increase in sales, mainly on the back of positive market sentiment, stable prices and ongoing wedding season.

All India Gem And Jewellery Domestic Council (GJC) Chairman Nitin Khandelwal told PTI, “Things are looking positive this year and the prices are also stable, ruling at around Rs 30,820 per 10 grams. There is also a lot of traction for wedding jewellery due to ongoing marriage season.” He added saying, “Overall there is a positive sentiment in the market, so we are hoping 15-20 per cent growth in sales this Akshaya Tritiya, compared to last year.”

Jewellers usually see massive rise in demand for yellow metal on this day every year either in the form of jewellery or coins – however, there is a chance that you may be misled. Hence, it is always a smart move to keep a list of factors in mind while buying this metal to avoid being cheated.

1. Know the Purity of Gold:

24 karat gold is not suited to make jewellery, which is why jewellers use either 14, 18 or 22 karat gold.

3. Man-made versus Machine made ornaments:

In India, most jewellery are sold by weight. Heaviers pieces usually cost more.

Precious stones like diamond and emerald are often added to gold jewellery, making them heavier in the process.

In case if you want to exchange your old jeweller with a new one, there are buyback options available in many jewellery shops

While designs and trends can change, the value of gold remains same and discussing buy backs during a purchase could benefit one.

There are million of jewellery stores in India.

Purchasing gold jewellery from small stores could be a risk as they might pass of impure gold as pure gold or could sell stolen gold artefacts.

Thus, buying gold from a reputed jeweller erases the amount of risk as it comes with guarantee.

7. Mark of Bureau of Indian Standards:

Buy gold which are hallmarked by Bureau of Indian Standards (BIS).

To check the jewellery stores which are hallmarked by BIS. Click Here