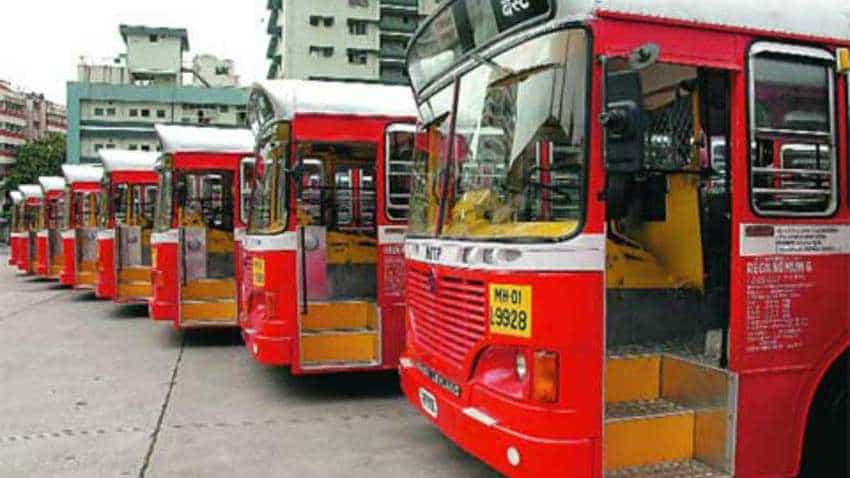 7th pay commission: The BEST is going through a financial upheaval and employees were ins suspicion over the bonus.

7th pay commission: Many state government employees have been demanding benefits of 7th CPC and while some have received the good news, others are yet to be so rewarded. Brihanmumbai Electric Supply & Transport (BEST) employees fall in the segment that is still waiting for the government to take some action on their demands. However, this Diwali has brought some cheers for the BEST employees, who have been demanding pay hike as per the recommendations of the 7th pay commission.

Now, ahead of Diwali, BEST has announced a bonus of Rs 5,500 each of its 40,000 employees. The BEST is going through a financial upheaval and employees were ins suspicion over the bonus.

The bonus amount was fixed after a meeting between the general manager of the BEST and BMC commissioner. The bonus will cost the BEST an additional Rs 25 crore.

The BEST is responsible for running bus services in and around Mumbai. It also supplies electricity.

Last year, the BEST employees had to hold a protest to get their Diwali bonus as the company had refused bonus citing financial crunch. However, the bonus was allocated after the BMC intervened and gave Rs 21 crore to the BEST.

However, a controversy arose after the BEST had threatened to deduct Rs 500 every month from salaries of over 40,000 employees to recover the bonus cost. Though the move did not come into effect.

The BEST had claimed last year that it had a Rs 880-crore loss on their head. It had even delayed salaries to the staff in the past.

The BEST employees are yet to get the benefits of 7th pay commission. On the other hand, Delhi Transport Corporation (DTC) staff have been getting 7th CPC benefits. Even the 16,000 DTC pensioners are getting pay hike benefits.

Maharashtra CM Devendra Fadnavis had announced in August that the 7th Pay Commission benefits will be implemented for the state government employees from January 2019. This will cost an additional Rs 21,000 crore to the exchequer.