Goenka says that there has been a sudden interest for bitcoins ever since demonetisation. He explains how the digital asset can be used by investors. 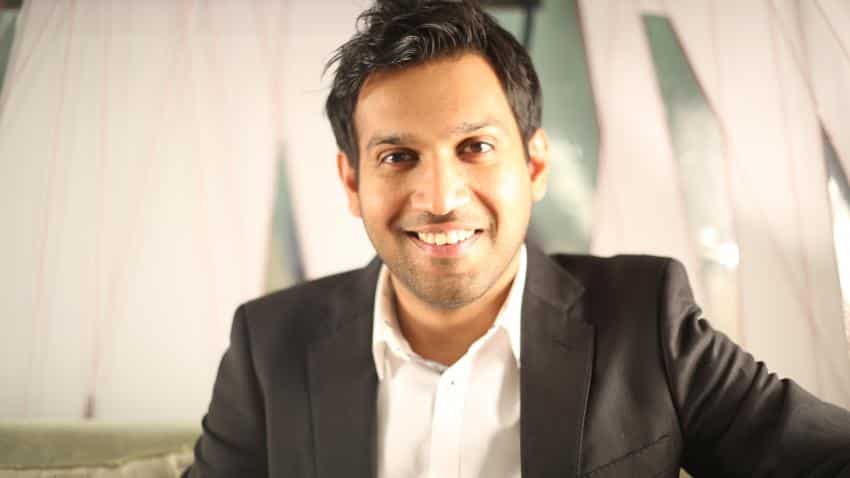 At a time when the Government is looking to push people towards digital mediums for transactions, many of the asset classes such as real estate are still stuck in a cash centric world. Add to this, the volatility of the stock markets today is something that keeps many investors at bay. However, there is a digital asset which has been increasingly gaining popularity among investors -- Bitcoin.

A cryptocurrency introduced in 2009 by Satosh Nakamoto whose price solely depends on demand and supply.

Sandeep Goenka, COO and Co-founder of Indian bitcoin exchange company Zebpay says that the value of the bitcoin has increased from around $300 last year to now over $700. He says that with demonetisation there has been a sudden growth in interest in bitcoins.

“It is a booster for block-chain related technologies in India... We can see a sudden spike in interest since the announcement. India has a growing interest in bitcoin as an investment, commodity, and technology,” he added

Here are excerpts of the interview:

What it the level of trade that Zebpay has done?
At Zebpay, we have recently crossed Rs 500 crores turnover. We did more than Rs 100 crores of trade turnover in November 2016. We are on target to achieve a turnover of Rs 1,000 crores this year.

How many users does Zebpay have?
Zebpay app has crossed 2 lakh downloads. We added 50,000 users in November 2016.

Can Bitcoin be used for transactions in India? Which kind?
Bitcoin is a potential alternative investment. Once you own bitcoins you can increasingly use it for online shopping, airtime top up, paying bills and buying gift vouchers.

Once a bitcoin is purchased can it be converted back into rupee currency?
Bitcoin is the most liquid investment you can have. You can sell bitcoins at any bitcoin exchange and get the rupees amount in your bank account within a couple of hours.

How is investment in a bitcoin different than in other asset classes?
Bitcoin investment is same as any other investment. Bitcoin is maturing as an asset class. The price has been increasing throughout this year. Millennials have termed bitcoins as "Virtual Gold”. Physical bullion, like gold, can sometimes be cumbersome to store. It is also unsuitable for small transactions. This is where bitcoins has turned tables to become a better and safer mode of payment. They are much simpler for storage, trading and transfers. As per an established track record, gold has been in a bear market since 2011. Till last year 1 bitcoin could buy 10 grams of gold, but now it can buy even more. Digital assets like bitcoin are a new asset class. This new asset class is on the cusp of an explosion in adoption.

What is the level of growth in investment in bitcoin that an investor can see?
There is a surge in interest for Bitcoins. Indians are inquiring about Bitcoins as an alternative and safe investment option. They are downloading Zebpay as they want to experiment with digital currencies. Bitcoin prices soared from Rs 25,000 in January 2016 to more than Rs 55,000 at current prices. It has been the best performing asset this year. The supply of bitcoins is limited. As bitcoin adoption is growing worldwide, the prices are increasing.

What are the regulations from exchanges or monetary bodies on bitcoins?
Globally, there are bitcoin regulations is most western countries. In India, currently we are awaiting regulation which we expect should follow in 2-3 years. Till then, we have our own account verification processes. To trade on Zebpay, we require your PAN card. Also, we only allow bank to bank transfers.

If bitcoins do not fall under any jurisdiction then what risk does it face of being banned as an asset class?
Most governments are realising that bitcoin has the potential to create a more efficient and modern financial infrastructure just like the internet has created an information and communication network. In increasing number of countries, governments have accepted bitcoins as an asset class considering its revolutionary potential. We believe India will follow the same trend as countries like the USA, the UK, Japan, Singapore and many more.

Bitcoin is just the first step in the new ‘digital asset’ revolution.

What is the growth Zebpay in the last two years?
Zebpay India started in July 2016. In less than 2 years, we have earned trust of thousands of users and achieved staggering growth. Zebpay currently has more than 65% market share in India. We are doubling all our numbers every 2-3 months. We are now a team of 50 people with offices in Mumbai and Ahmedabad. We have raised 2 small funding rounds and are currently in process to raise our Series A from a reputed VC. Bitcoin is just the first step in the new ‘digital asset’ revolution. We aim to be India’s leading digital asset company.

What are the problems or challenges facing the bitcoin industry today?
The biggest challenge has been trying to explain this revolutionary technology to regular people. Indians are looking for a safe and simple way to buy and store bitcoins. Zebpay removes all friction for a first time bitcoiner. You can buy and sell bitcoins from the app itself. Bitcoins linking to your mobile numbers makes you carefree about bitcoin addresses and wallet backups. Queries on social media and support desks show a spike in interest from Indians.

With demonetisation has there been any surge in demand for bitcoins?
This decision has been a positive trigger for the use and spread of bitcoins. It is a booster for block-chain related technologies in India. Interest in bitcoins has been increasing since the last year. We can see a sudden spike in interest since the announcement. India has a growing interest in bitcoin as an investment, commodity, and technology. The bitcoin and block-chain community are working hard to help India go cashless. With recent changes in the economy, the big change has already begun.

The biggest challenge has been trying to explain this revolutionary technology to regular people.

Why should an investor go in for a Bitcoin instead of investing other asset classes?
Bitcoin is the new alternative investment which has soared high from 2010 to 2016. Famous trade pundits have also predicted growth of $10,000 looking at the current trends. The available graphs present a shiny growth in the prices. Plus, the convenience of easy sell and buy makes it even more attractive. Other assets are also volatile for unprecedented global events. Bitcoin is the currency of internet which not controlled by any government or bank. The volatility comes from demand and supply logics. It enhances the health of the economy by providing a cashless medium of investment.

Is this Australian the Bitcoin creator? That's Wright