A petition has been filed in Delhi HC seeking a direction to government to grant an opportunity of hearing to all taxpayers/assessees under the Faceless Appeals Scheme 2020. 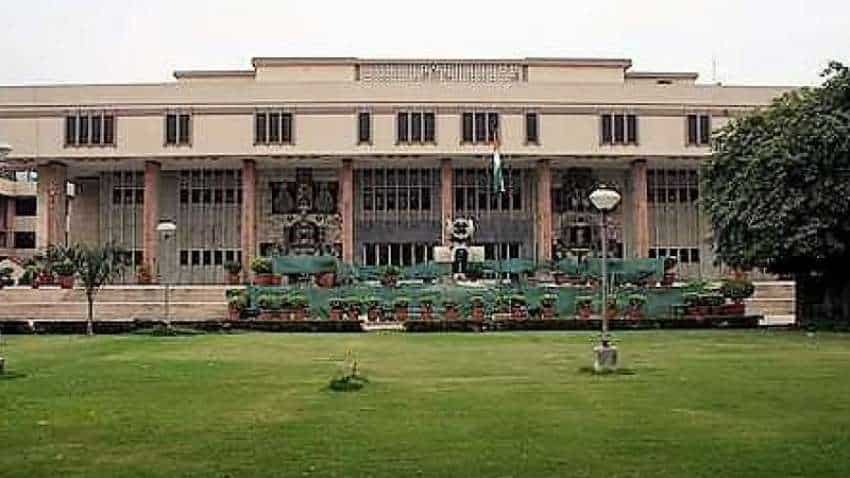 The petitioner has challenged the discretionary power of the Chief Commissioner or the Director General of Income Tax in granting chance of hearing to assessee. Source - PTI.
Reported By: Brajesh Kumar
Edited By: Harish Dugh
RELATED NEWS

A petition has been filed in Delhi HC seeking a direction to government to grant an opportunity of hearing to all taxpayers/assessees under the Faceless Appeals Scheme 2020. The petitioner has challenged the discretionary power of the Chief Commissioner or the Director General of Income Tax in granting chance of hearing to assessee. In the matter Delhi HC has issued notice to the Income-Tax department and reply has been sought in four weeks. Matter to be heard on December 15.

Counsel for the petitioner stated that in terms of the new Faceless Appeal Scheme, 2020, the right of being heard, even through the videoconferencing mode shall be subject to the approval of the Chief Commissioner or the Director General and therefore, the same is discretionary, i.e. he "may' or "may not" provide a right of personal hearing in the matter. That’s why scheme be termed discriminatory, arbitrary and illegal to the extent it provides a virtual hearing as per the circumstances to be approved by the administrative authorities under the Income Tax Act, 1961.

Petitioner further submitted that the right to provide or not to provide a hearing in the matter is also against the principle of audi alteram partem i.e. no person should be judged without a fair hearing in which each party is given an opportunity to respond to the evidence against them. Petitioner also mentioned that the Faceless Appeal Scheme is contrary to sections 250(1), 250(2) and 250(5) of the Act, which specifically state that right of hearing shall be granted to an assessee at the appeal stage.

Government introduced Faceless Appeal Scheme on 25 September 2020, which enables faceless filing and hearing of appeals in income tax cases. Under the scheme the cases are allocated randomly by computer and ensured there is no bias and discretion of Income Tax officials. Also, it will save time of assesses and bring down the cases pending in appeals.

The filing of e-appeal will be through National Faceless Appeal Centre (NFAC) and the admission or rejection of an appeal to the appellant will be updated to assessee. The requirement of appearing personally or through representative is done away with in the scheme. The parties are also allowed to place a request for oral hearing before the appeal unit but with the approval of the Chief Commissioner. This discretionary part of the scheme has been challenged citing its against Article 14 of the Constitution of India.

“Audi alterem partem', i.e. granting a fair opportunity of hearing is a fundamental and necessary element of principles of natural justice and any appeal proceeding (which is quasi judicial in nature) must allow a taxpayer reasonable opportunity to present his case. Taxpayers will be eagerly awaiting for a final decision of the Delhi High Court in this writ petition challenging certain provisions of the Faceless Appeals scheme and any decision of the High Court will be very important for successful implementation of the Faceless Appeals scheme,” said Shailesh Kumar, Partner, Nangia & Co LLP.

On the moon, water water everywhere and not a drop to drink (yet)