Unaccounted income of Rs 100 crore has been detected after the income tax department raided three "leading" contractors of Northeast India based in Assam early this week, the CBDT said on Saturday. 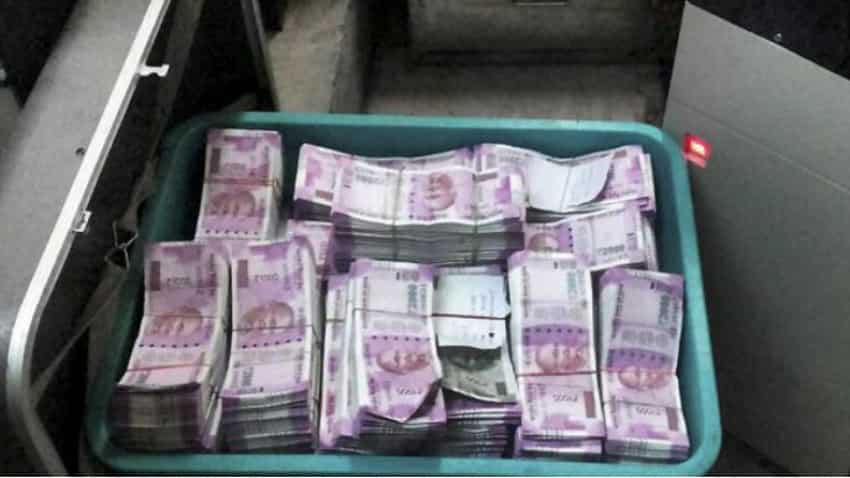 The search and survey action was initiated on December 22 at fourteen locations in Guwahati, Silapathar and Pathsala in Assam and in Delhi. Source: PTI
Reported By: PTI
RELATED NEWS

Unaccounted income of Rs 100 crore has been detected after the income tax department raided three "leading" contractors of Northeast India based in Assam early this week, the CBDT said on Saturday.

The search and survey action was initiated on December 22 at fourteen locations in Guwahati, Silapathar and Pathsala in Assam and in Delhi.

"Cash of Rs 2.95 crore has been seized. Overall, undisclosed income to the tune of approximately Rs 100 crore has been unearthed so far during the search and survey operation," the Board said in a statement without sharing the identities of those raided.

It added that "jewellery of Rs 9.79 lakh has been seized and the sources of acquisition of some other jewellery worth Rs 2 crore is under verification."
The Central Board of Direct Taxes frames policy for the I-T department.

The entities covered are "leading contractors of Northeast and one group is also involved in the hospitality business," it said.

"The main allegation against the three groups is that they have taken accommodation (dubious) entries in the form of non-genuine unsecured loans and also securities premium from dubious Kolkata-based shell (dummy) companies."

"The three groups have suppressed their net profits across the years and routed back into business the unaccounted income through entry operators based out of Guwahati and Kolkata," the CBDT said.

It has been established, the statement said, that the shell companies from which loans/premium had been taken exist "only on paper" and have no real business and creditworthiness.?

"The entry operators, on being questioned, have admitted that the unsecured loans/share premium from the shell companies to the groups are non-genuine and bogus."

"Evidences of the cash trail of routing of funds through securities premium was unearthed during search. It has been established that amounts to the tune of about Rs 65 crore were routed back into regular books involving shell companies which actually represent unaccounted income of the group," it said.

The Board said a number of suspect cash transactions have been detected.?

"It has been gathered during the search action that one of the groups engages in huge cash transactions in hospitality business of proportions as high as 50 per cent, which is under examination."

"Some of the entities of the groups engage in purchases of jewellery in cash. The source of the cash purchases are under examination," it said.

Further investigation is on to detect the actual quantum involved in tax evasion even as a locker found during the raids is yet to be "operated", it said.