Finance Minister Nirmala Sitharaman on Friday said increased digitisation will help in making better assessment of the country's economic growth and nudged tax practitioners to suggest their clients to shift towards digital modes of payments. 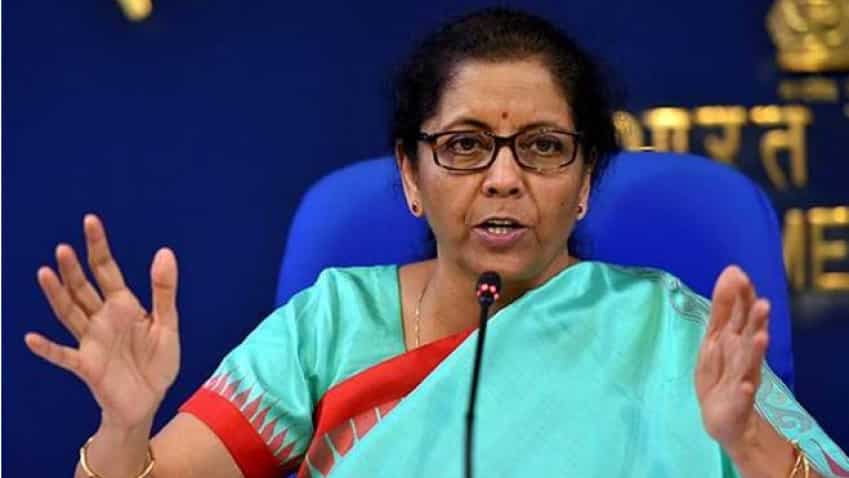 Finance Minister Nirmala Sitharaman on Friday said increased digitisation will help in making better assessment of the country's economic growth and nudged tax practitioners to suggest their clients to shift towards digital modes of payments.

She said the government, irrespective of the party in power, tries to widen the tax net and at the same time, lower the tax burden in its pursuit of revenue collection, and tax practitioners can play a critical role in this by ensuring timely compliance by taxpayers.

"(As) we move towards digital transaction... We expect that the temptation for dealing with cash be brought down.

"Unless it is so small that you cannot go in for digital, it is always encouraging to know there will be digital ways of doing things so that every (transaction) somewhere is into the realm of getting noticed," Sitharaman said at the 'National tax Conference 2020' organised by the All India Federation of Tax Practitioners.

She said said India's gross domestic product (GDP) will remain "underestimated" if commercial transactions do not come under monitorable radar.

"If each of these transactions are brought into some kind of monitorable network, your GDP calculation can be closer to the actual strength of Indian economy," Sitharaman added.

She also said tax practitioners today are the most important component, because they educate the tax assessee, counsel them, tell them about the best ways of handling their tax liabilities, and help them plan it in such a way that what is due comes from an honest taxpayer in time. "What you (tax practitioners) can tell them (assessee) is by more and more digitisation, you help the country have a better assessment of what its gross domestic produce is."

The minister said that in a growing economy like India, the government tries to widen the tax net and, at the same time, look at ways to bring down the burden of taxes.

"This is something which the government continuously keeps doing ? wanting to reduce burden and bring more people in the tax net. The government alone cannot do the job," she said.

Sitharaman added that tax practitioners' role comes to play there. "As a result, they are the biggest critical role players in revenue generation of the government."

She also said since tax practitioners come in between the government and the tax assessees, they have a critical role to play in promoting "in-time compliance".
See Zee Business Live TV Streaming Below:

The government, she said, has taken a lot of steps to make sure taxation becomes a simplified exercise and the burden on citizens is reduced, both for compliance and payment of tax.