German chemicals giant Bayer said Wednesday it had agreed to buy the controversial US seeds and pesticides firm Monsanto for $66 billion, in a deal that triggered immediate criticism from environmentalists. 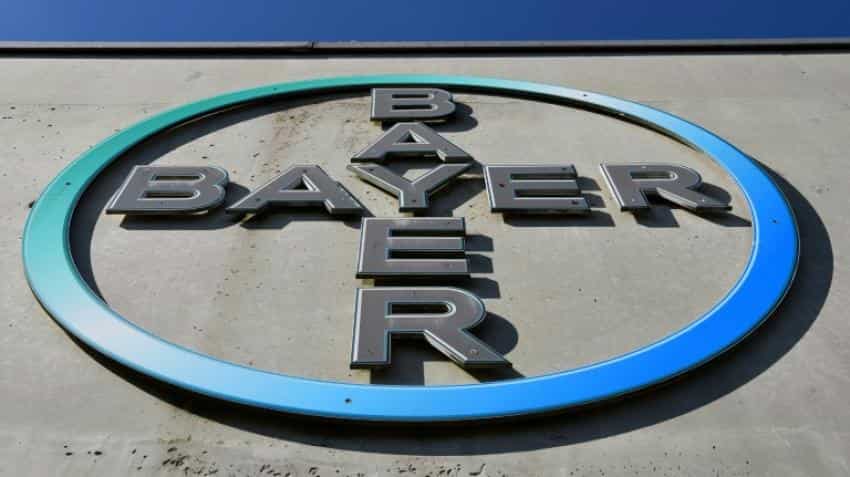 The two firms said in a joint statement that the deal "brings together two different, but highly complementary" businesses. Photo: AFP
Written By: AFP
RELATED NEWS

German chemicals giant Bayer said Wednesday it had agreed to buy the controversial US seeds and pesticides firm Monsanto for $66 billion, in a deal that triggered immediate criticism from environmentalists.

After a months-long pursuit, Bayer said its US peer had accepted an improved offer of $128 per share for Monsanto in an all-cash transaction, avoiding the need to resort to a hostile takeover.

The 58.8-billion-euro deal marks the largest-ever takeover by a German firm and creates a new behemoth in the agrochemical industry.

"The combination with Monsanto represents the kind of revolutionary approach to agriculture that will be needed to sustainably feed the world," Bayer chief executive Werner Baumann told investors in a conference call.

The two firms said in a joint statement that the deal "brings together two different, but highly complementary" businesses.

The deal is expected to be completed by the end of 2017, Bayer said, though it still faces regulatory approval.

Baumann said in the call that he had already "received encouraging feedback" from regulatory agencies.

Bayer has been wooing Monsanto since late May, when it made an initial bid of $122 per share (109 euros), valuing the US genetically modified (GM) crop giant at $62 billion.

Monsanto rejected that bid, but said it was "open" to further talks.

The German chemicals behemoth then raised its offer twice more but was rebuffed each time as Monsanto held out for more money.

Under its final, sweetened bid, Bayer also offered to pay Monsanto a $2-billion break fee in case the merger is rejected by US or European authorities.

"We do not like this transaction, because we think that Bayer is overpaying significantly," wrote analyst Peter Spengler of DZ bank on Wednesday before the deal was confirmed.

But Bayer said that it expects synergy savings from the merger will allow it to add $1.5 billion to its underlying profit as measured by EBITDA within three years.

The combined group will also emerge with a total research and development budget of 2.5 billion euros.

Added together, Bayer and Monsanto booked sales of 23 billion euros in 2015.

Monsanto shareholders will vote on the plan in late 2016 or early 2017, Bayer said.

Bayer`s share price leapt on news of the deal, gaining 4.3 percent by just after 1300 GMT compared with 0.4 percent gains for Germany`s DAX index of leading shares.

News of the takeover was met with dismay by environmental campaigners who have long been critical of Monsanto`s genetically modified crops and its widely used weedkiller Roundup, suspected of being a carcinogen.

Friends of the Earth labelled it a "marriage made in hell".

"This mega corporation will be doing its best to force damaging pesticides and GM seeds into our countryside," campaigner Adrian Bebb said in a statement.

Opponents of Monsanto are sceptical of GM crops and the weedkiller glyphosate, marketed by the company under the name Roundup.

Environmental groups fear the potential health effects and impact on ecosystems of genetically modified seeds and criticise Monsanto`s dominant market position, which they argue affords the US firm a stranglehold on farmers.

In Europe, debate about glyphosate has reached Brussels, where EU member states in July voted to restrict its use by the bloc`s farmers for 18 months.

Bayer will have to "decisively address the point of reputation and challenges of Monsanto in Europe," Baumann said when the German chemicals giant launched its takeover attempt.