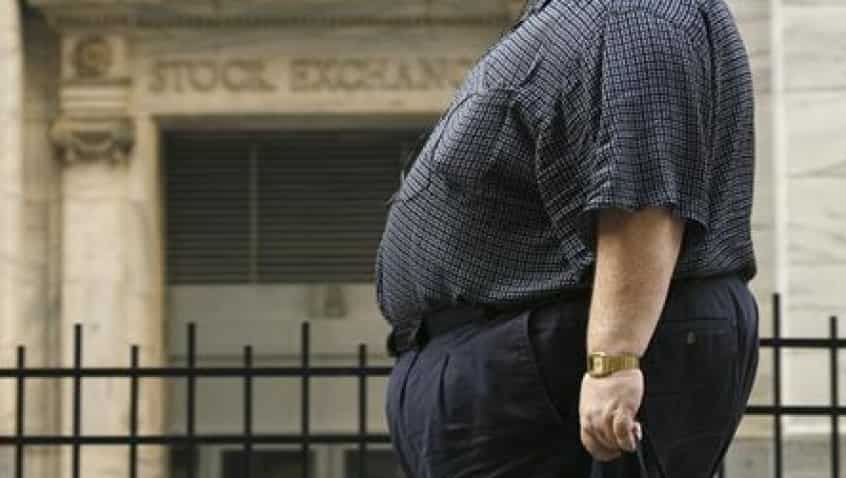 "One cannot be `fat but healthy`," said study author Dr Alejandro Lucia of the European University, Madrid, Spain. "This was the first nationwide analysis to show that being regularly active is not likely to eliminate the detrimental health effects of excess body fat. Our findings refute the notion that a physically active lifestyle can completely negate the deleterious effects of overweight and obesity."

There is some evidence that fitness might mitigate the negative effects of excess body weight on heart health. It has been suggested that in adults and children, being "fat but fit" might be associated with similar cardiovascular health to being "thin but unfit".Dr. Lucia said: "This has led to controversial proposals for health policies to prioritise physical activity and fitness above weight loss. Our study sought to clarify the links between activity, body weight, and heart health."

Additionally, they were grouped by activity level: 1) regularly active, defined as doing the minimum recommended for adults by the World Health Organization2 (WHO); 2) insufficiently active (some moderate to vigorous physical activity every week but less than the WHO minimum); 3) inactive (no exercise). Cardiovascular health was determined according to three major risk factors for heart attack and stroke, namely diabetes, high cholesterol, and high blood pressure.

Approximately 42% of participants were normal weight, 41% were overweight, and 18% were obese. The majority were inactive (63.5%), while 12.3% were insufficiently active, and 24.2% were regularly active. Some 30% had high cholesterol, 15% had high blood pressure, and 3% had diabetes. The researchers investigated the associations between each BMI and activity group and the three risk factors. At all BMI levels, any activity (whether it met the WHO minimum or not) was linked with a lower likelihood of diabetes, high blood pressure or high cholesterol compared to no exercise at all. Dr. Lucia said: "This tells us that everyone, irrespective of their body weight, should be physically active to safeguard their health.

"At all weights, the odds of diabetes and hypertension decreased as physical activity rose. "More activity is better, so walking 30 minutes per day is better than walking 15 minutes a day," he said.

However, overweight and obese participants were at greater cardiovascular risk than their peers with normal weight, irrespective of activity levels. As an example, compared to inactive normal-weight individuals, active obese people were approximately twice as likely to have high cholesterol, four times more likely to have diabetes, and five times more likely to have high blood pressure.Dr. Lucia said: "Exercise does not seem to compensate for the negative effects of excess weight. This finding was also observed overall in both men and women when they were analysed separately."

He concluded: "Fighting obesity and inactivity is equally important; it should be a joint battle. Weight loss should remain a primary target for health policies together with promoting active lifestyles."