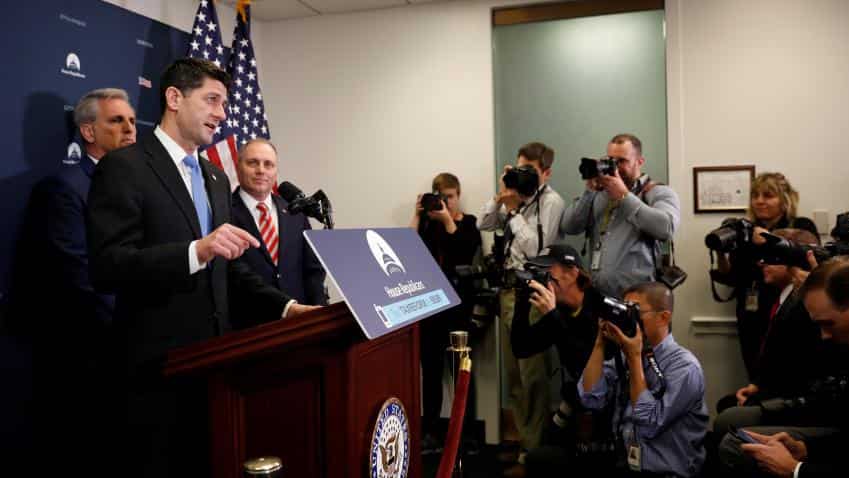 Senate Republicans today passed a sweeping overhaul of the US tax code in more than 30 years, bringing President Donald Trump closer to scoring his first major legislative victory amid criticism that the package disproportionately benefit the wealthy and corporations.

The Senate approved the USD 1.5 trillion tax bill, which includes permanent tax breaks for corporations and temporary tax cuts for individuals, by a final vote of 51-48.

The House of Representatives earlier approved the bill comfortably. In the House it was passed by 227 to 203 votes. Republicans have majorities in both houses of Congress.

For final approval the legislation must go back to the House for a procedural issue before it can be sent to the White House for the president to sign it into law.

Once enacted, the legislation will represent the most drastic changes to the US tax code since 1986.

The bill was passed along party lines, with every Senate Republican present voting in its favour and all Democrats voting against it.

"After years of work, we are going to enact the most sweeping, pro-growth overhaul of our tax code in a generation. Americans are going to see relief almost immediately in the form of bigger paychecks and lower taxes," said Congressman Paul Ryan, Speaker of the US House of Representatives.

Vice President Mike Pence described the vote as a "historic win" for the American people as the Senate voted to deliver working families and job creators a tax cut for Christmas.

President "Trump kept his promise to deliver a middle- class miracle for millions of hard-working Americans - a great day for the American people!" he said.

This is seen as a first legislative victory of Trump in the first year of his presidency.

The bill is expected to clear all hurdles by tonight. The White House has not indicated yet as to when Trump plans to sign the bill.

"This is a historic step toward tax relief for hardworking Americans. We commend every Senator who supported these tax cuts and look forward to the House?s final vote on this important bill tomorrow," White House Press Secretary Sarah Sanders said.

"This is the first time Congress has passed comprehensive tax reform legislation in 31 years," he said.

The Democrats were highly critical of the tax reform bill.

"The American people have been robbed of the substantive and exhaustive debate in Congress they deserve on a USD 1.5 trillion bill that will shake up our entire economy and cripple our nation?s spending power for decades to come," said Senator Tom Carper.

According to Wall Street Journal, the tax plan offers deep tax cuts for businesses, lower rates for many individuals and a narrower estate tax. Corporate shareholders, business owners and most households will win, at least in the first few years, it said.

"But there will be losers, too, including some households living in regions where state and local taxes are high. Most of the tax cuts will take effect in January, and many workers will see bigger paychecks from reduced tax withholding by February," the daily said.

The wealthy would see far more relief than the middle class and working poor, the Washington Post said. The plan would revise nearly every part of the tax system by lowering income tax rates at all levels and restructuring deductions, it added.

Senate Majority Leader Mitch McConnell described it as once in a generation opportunity.

"It will deliver historic tax relief to American families. It will help put our country on a trajectory toward more innovation and better paying jobs. It will repeal an unfair tax at the center of ObamaCare and will help America achieve greater energy security," he said.
NNNN