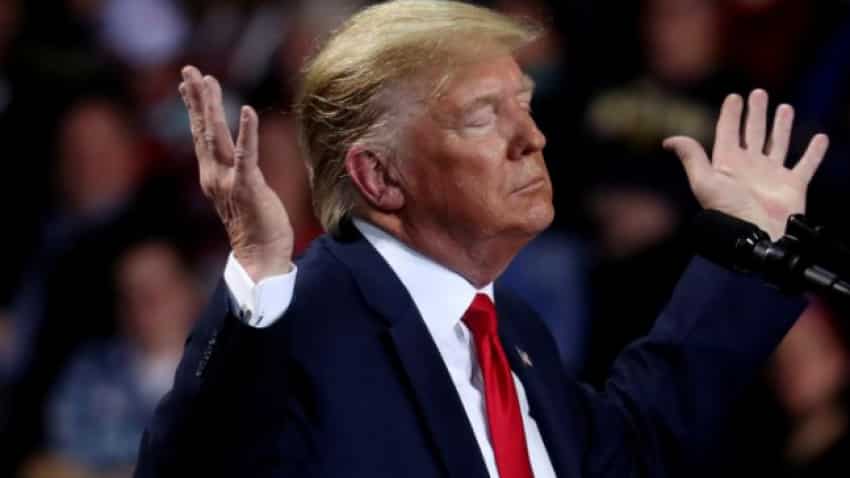 "Lesley Stahl of 60 Minutes not wearing a mask in the White House after her interview with me. Much more to come," Donald Trump said in another tweet. Reuters
Edited By: ZeeBiz WebTeam

President Donald Trump on Tuesday abruptly ended an interview with a US-based news channel and said he is considering releasing a video of it ahead of the broadcast time for the "sake of accuracy in reporting".

The 'CBS News 60 minutes' interview with Lesley Stahl was scheduled to be broadcast on Sunday.

"I am pleased to inform you that, for the sake of accuracy in reporting, I am considering posting my interview with Lesley Stahl of 60 Minutes, PRIOR TO AIRTIME! This will be done so that everybody can get a glimpse of what a FAKE and BIASED interview is all about," Trump said in a series of tweets Tuesday afternoon.

Soon thereafter, he left the White House for his election rally in Erie, Pennsylvania. "Everyone should compare this terrible Electoral Intrusion with the recent interviews of Sleepy Joe Biden!" said the President.

"Lesley Stahl of 60 Minutes not wearing a mask in the White House after her interview with me. Much more to come," Trump said in another tweet.

Multiple news outlets including CNN and The Hill reported that Trump abruptly cut the interview. He also declined to participate in a planned joint appearance with Vice President Pence, the daily said.

Mumbai Trans Harbour Link project likely to be completed by 2022

Nawazuddin Siddiqui: This has been a special year