Congress stalwart and three-time Assam chief minister Tarun Gogoi considered himself from that breed of politicians who do not dither while taking hard decisions and had said his guiding mantra in all that he did was: "no problem". 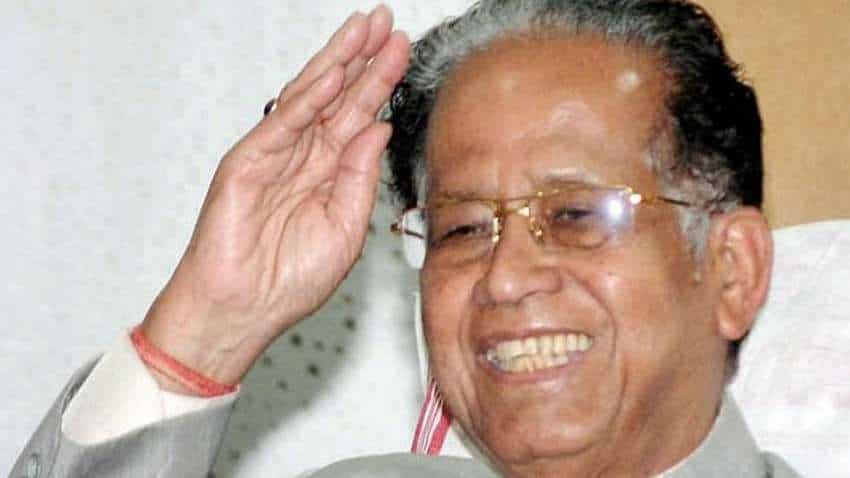 There are several anecdotes shared by Tarun Gogoi in the book, published by HarperCollins India.

Congress stalwart and three-time Assam chief minister Tarun Gogoi considered himself from that breed of politicians who do not dither while taking hard decisions and had said his guiding mantra in all that he did was: "no problem".

"These two words come to mind whenever I feel overwhelmed. They give me the strength to work towards a solution rather than remain stuck with the problem. They urge me to be confident, take positive steps and finally accomplish my goal," he wrote in his memoir "Turnaround: Leading Assam from the Front", published in 2016.

Gogoi passed away in Guwahati on Monday at the age of 84 due to post-COVID complications.

In his book, the Congress veteran had said his uttering 'no problem' often amused his team members who know that "problems are our only problem".

He felt that if one "approaches the negative in a positive manner", things automatically fall into place.

"I belong to that breed of politicians who dare to decide, who do not dither and who often take firm and hard decisions.

"I am among those who are willing to bear the brunt of the consequences. Therefore, even though I inherited a crown of thorns, I was willing to wear it and walk, with the words 'no problem' ringing loud and clear in my mind," he wrote.

There are several anecdotes shared by Gogoi in the book, published by HarperCollins India.

He lost the first election he fought. He was in college then. He later realised he had been belligerent and believed that winning was his "birthright".

"If not me, who else, I asked myself. It was my undoing. However, I learned a lesson that will remain with me all my life," he said, adding from then he never for a moment thought that he is indispensable.

He won his first polls in 1971 when he was elected to Lok Sabha. He was a member of the lower house of Parliament six times and also became a union minister.

"In fact, the day I got the call informing me that I was to be part of the cabinet, I was at Gole Market, buying fish like an average Assamese," he wrote.

When he was in his teens, he and his friends started a group called the Sahitya Kavi Chora in his hometown Jorhat and began felicitating noted poets and story writers. Poet-novelist Sunil Gangopadhyay came from Kolkata to attend one such ceremony.

Gogoi said he broke convention as a minister and wrote to the then prime minister P V Narasimha Rao expressing unhappiness over the way he handled the Babri mosque issue.

Tarun Gogoi was one of my dearest friends from Assam, says Manmohan Singh

(ANI): Former Prime Minister Manmohan Singh on Monday said that former chief minister Tarun Gogoi was "the most popular leader" of Assam and one of his dearest friends from the state. In a letter addressed to Gogoi`s wife, Dolly Gogoi, Singh said he was deeply shocked and saddened by the untimely passing away of the former chief minister.

"He was one of my dearest friends from the state of Assam. Tarun Gogoiji was the most popular leader from Assam who served six terms as a Member of Parliament and led the party to a record three consecutive electoral victories in Assam as Chief Minister. With his hard work, pleasant nature and popularity he became one of the tallest leaders of the state, who led the Congress Party in Assam for a long time," Manmohan Singh said. The former prime minister said Assam has lost a very good leader who always worked for the betterment of the poor and downtrodden people of the society.

"My wife joins me to convey to you and other members of your family our heartfelt condolences on this bereavement. We pray to the Almighty to give all of you the strength to bear this great loss with courage and fortitude," Singh said. Tarun Gogoi passed away on Monday. He was 84.Gogoi, whose health condition started deteriorating last Monday, had tested positive for COVID-19 in August. The veteran Congress leader was on ventilation after suffering a multi-organ failure.