The consumer discretionary sector sector gained 0.38 percent, helped by shares of McDonald`s and Amazon.com. McDonald`s rose 2.1 percent after the company said it would raise its quarterly dividend by 15 percent to $1.16. 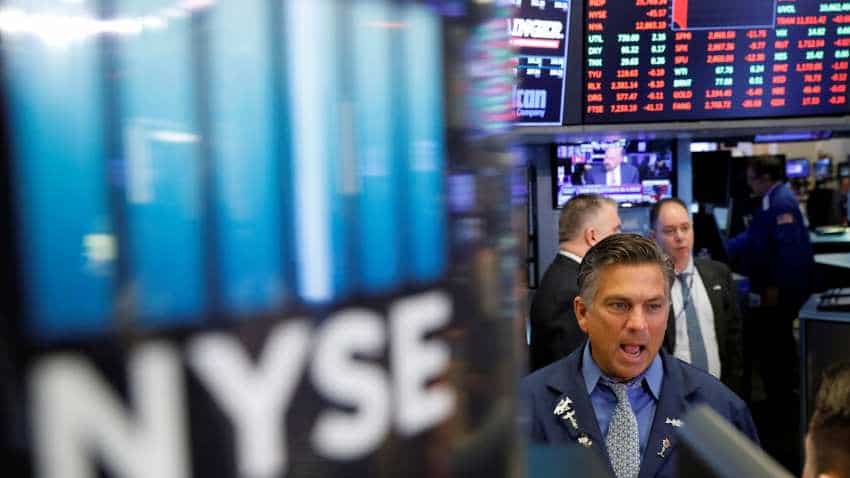 The benchmark S&P 500 and the Dow Jones Industrial Average touched record highs on Friday, their second session in a row, boosted by gains in the technology and consumer discretionary sectors. Nine of the 11 major S&P sectors were higher. The technology sector rose 0.31 percent, lifted by gains in Apple which rose 0.1 percent.

McDonald`s rose 2.1 percent after the company said it would raise its quarterly dividend by 15 percent to $1.16.

Also boosting sentiment was the dollar, which rebounded from early lows and edged higher against most of its rivals on Friday but was still on track for its biggest weekly drop in seven months.

Stock markets have been gaining steadily since the latest blows in a trade dispute between the United States and China on Tuesday, with all three major Wall Street indexes back in record territory after a rough few months.

Shares of Boeing and 3M, among those most exposed to a trade war, were higher.

However, shares of semiconductor makers declined after top chipmaker Micron said U.S. tariffs on Chinese goods would weigh on its financial results for as much as a year.

"If a chipmaker like Micron warns about tariffs then it could certainly be impacting the semiconductors on the same worry," Randy Frederick, vice president of trading and derivatives for Charles Schwab in Austin, Texas.

The most significant changes to Wall Street`s broad industry sectors since 1999 will take effect Monday, with many of the companies that powered the tech rally being reclassified.

Facebook, Google parent Alphabet, Twitter will all be reclassified as communications rather than tech stocks, while Apple will remain in the tech sector, where it will account for 20 percent of the index`s market capitalization.

While any immediate market impact will be hard to gauge, investors are preparing for volatility as big institutional investors readjust their portfolios.

"The sector shake-up has been well telegraphed and the whole point of it is to not disrupt markets, so it won`t have a huge impact and will only be reflected in high volumes today," said Frederick.

The S&P index recorded 48 new 52-week highs and no new lows, while the Nasdaq recorded 34 new highs and 11 new lows.