In flagging specific areas of investment, the plan is the first of its kind for the conglomerate and suggests more emphasis than usual on expanding into new segments as its core semiconductor and smartphone businesses show signs of weakness. 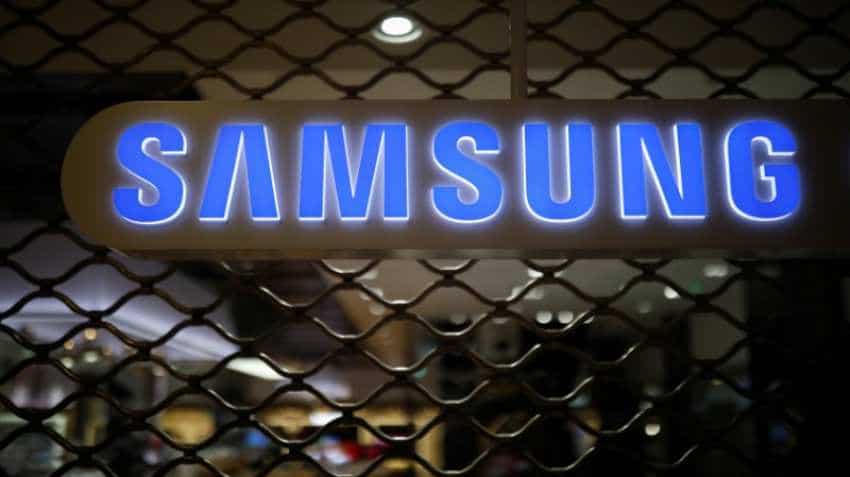 In flagging specific areas of investment, the plan is the first of its kind for the conglomerate and suggests more emphasis than usual on expanding into new segments as its core semiconductor and smartphone businesses show signs of weakness.

The investment is also part of a bigger 180 trillion won three-year plan to create jobs and secure fresh revenue streams, providing the first hint of direction for Samsung since group heir Jay Y. Lee was released from jail in February on a suspended sentence following a conviction for bribery. He is appealing the conviction.

"The total investment size is not surprising. But Samsung can be more active in M&As to do better at AI or 5G, when Lee is fully back to his business," Greg Roh, an analyst at Hyundai Motor Securities, said.

Samsung Electronics said the announcement followed "many months of deliberations and review" by the group.

Samsung Electronics, the world`s top maker of memory chips and smartphones and the group`s flagship company, did not provide a breakdown of the figures but said it will provide the funds for most of the investment.

It said the group plans to significantly expand artificial intelligence (AI) research capability, increasing the number of advanced AI researchers to 1,000 across its global AI centres, and heavily invest in biopharmaceuticals.

"Samsung has seen strong growth from both its contract manufacturing and biosimilar businesses. It will continue to invest heavily in the businesses, including developing and manufacturing biosimilars," the statement said.

The 180 trillion won plan includes capital spending as well as research and development in chips and displays and marks a 6 percent increase from its spending over the past three years.

Of the total, 130 trillion won will be spent in South Korea, and is expected to create 40,000 jobs, or 20,000 more than its previous hiring plans, Samsung said.

The announcement comes after South Korea`s finance minister met Jay Y. Lee on Monday and called for help in job creation, a priority for the country`s President Moon Jae-in.

Lee has sought to expand Samsung`s business into automotive electronics components. He signed off on an $8 billion purchase of U.S.-based Harman International in 2016.

But the expansion drive has since stalled after the political scandal that led to Lee`s conviction and a shake up of top management.

Samsung Group has 62 affiliates, with total assets of 399 trillion won, according to the country`s Fair Trade Commission.